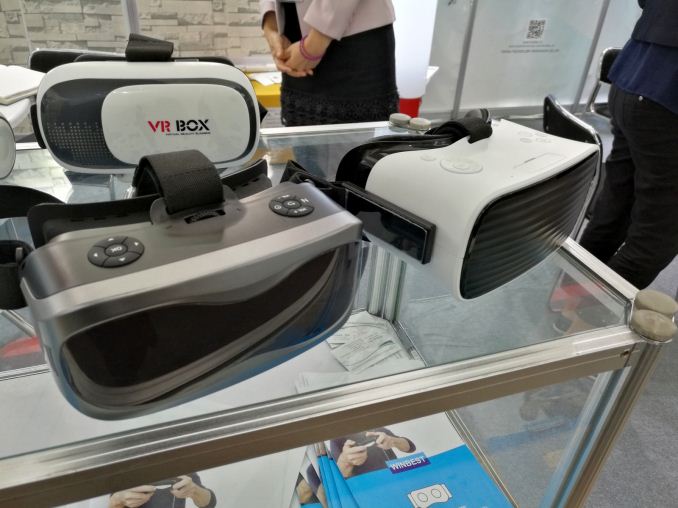 For the show this year, I left one day free just to roam freely around the show, looking for some insights or random bonus stories. One of the things that piqued my interest upon entering the International Tent was a number of VR headsets. It could be argued that the headsets that require a smartphone are a dime a dozen, so I scouted around for the VR headsets that were designed to come contained as all-in-one units and offer an untethered experience. A couple of the big names are touting untethered VR, so I asked around at a number of booths to look into the cheaper side of VR. For $100, you don’t get a lot.

For an all-in-one Virtual Reality headset, the core components include the screen resolution, screen size, screen quality, the SoC, the memory, the battery, the connectivity (wireless/LTE, USB etc.), the feel and the function of the headset are all key factors to get it right. In the myriad of six/seven headsets I was able to find in a morning at IDF, it was clear that almost all of these areas are gutted into the low-performance rung in order to meet very strict price points. 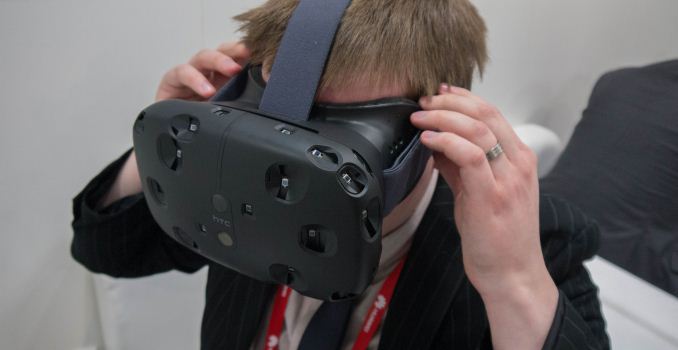 If we nostalgically look back to when Oculus was just starting, there were some clear defined goals that had to be achieved. For the most part they revolved around being to use the headset, eliminate nausea, and provide an immersive user experience. Millions of dollars and several prototypes later gave us the Rift, along with the Vive and other head-mounted displays (HMDs) that rely on a super powerful system behind it.

On the other side is Samsung Gear VR, leveraging an already owned premium smartphone with a reasonable element of a headset to house it – the smartphone is at a similar power budget to what you would expect to be the limit in front of the face. What these ‘bargain basement’ headsets try to do is try to provide all the hardware inside the headset, similar to the Gear VR, including SoC and battery and everything else, but for the same price as the Gear VR (minus smartphone). Of course, at the other end is Google Cardboard. 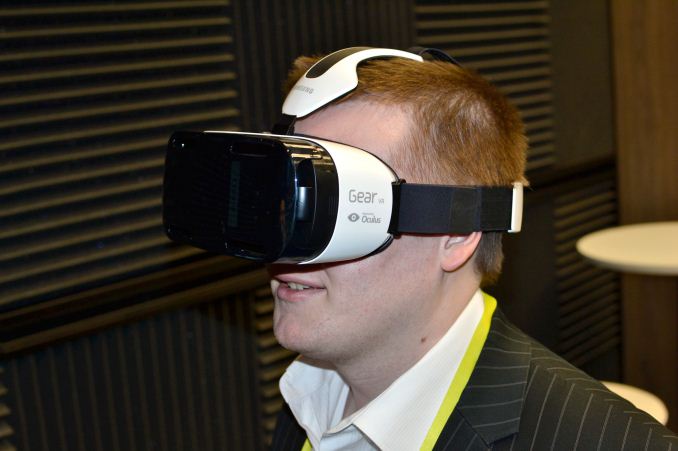 The true comparison points to these all-in-one VR systems could be the backpack VR units that house a laptop-like device, but these still require cables. The better comparison is to Intel’s Project Alloy, announced at IDF, or Qualcomm’s new VR820 platform, however both use internal and external cameras as part of a mixed VR/AR concept called mixed reality. We’ve seen other things like the SulonQ, which uses older AMD embedded parts, to provide the horsepower for an untethered VR experience as well. But all three of these are premium devices still in development. The goal of these cheaper headsets is to be super low cost, which also means there’s lots of competition to shave tenths of a cent off of the production costs.

As an additional caveat, the makers of these headsets I found on the show floor are the original design manufacturers, or ODMs. They are looking for bigger companies to order thousands of units and brand them under their own name, and subsequently deal with sales and distribution.