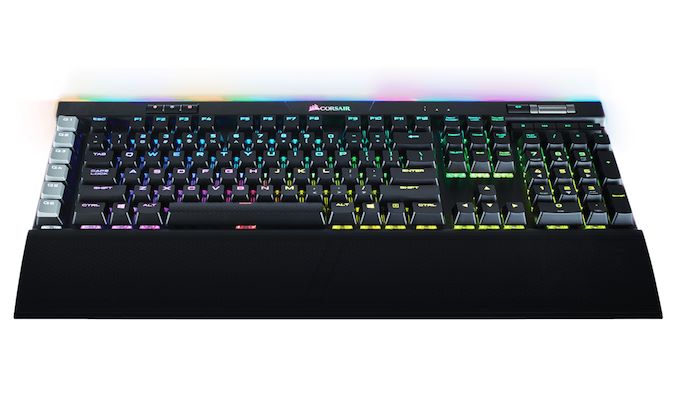 In our series of PC peripheral buyers guides, here’s the latest update to our list of recommended mechanical keyboards. All numbers in the text are updated to reflect pricing at the time of writing.

Once you have picked your main system components, such as the CPU, the PSU and the GPU, it is also time to have a look at the peripherals. Considering that a PC’s peripherals can easily outlive the main system’s components and usually stay the same even after several main system upgrades, they are often not given the attention they deserve. Keyboards are such a component; it is the main interface with the PC, yet most casual users hardly stop to consider what would be the most practical/comfortable choice for them.

Nowadays mechanical keyboards cover a significant share of the market and the sheer number of available products is astonishing. Almost every company in the PC peripherals business is releasing one mechanical keyboard after the other. Each generation brings lower prices, new switches, and (sometimes) unique features. The product design concepts began getting saturated over the last couple of years and most of the released products could hardly differentiate from the competition, yet we did witness some unique features (such as cloud-connected keyboards and/or ergonomic designs). We also saw capacitive switch keyboards shyly coming into the scene.

In this holiday buyer’s guide we are taking a look at mechanical keyboards, aiming to offer suggestions to their two main consumer groups – gamers and professionals. We present this guide from an objective point of view, meaning that we weight the overall features and quality of a device against its current market value. Still, keep in mind that the selection of a keyboard can be highly subjective and prone to individual wants and needs.

Why Do I Want a Mechanical Keyboard?

Membrane-based keyboards have their actuation point at the bottom of the key travel and require maximum pressure force at the beginning of their travel, requiring a relatively large amount of strength to be pressed that will inevitably force the key to bottom down. Mechanical keyboards are very different, with both the actuation point and the pressure point somewhere along the travel distance of the key, with several different switch variations offering better flexibility for the consumers. There are tactile and linear switches, audible and quiet, with various key travel lengths for consumers to choose from.

There are many arguments about how mechanical switches can make you type or react faster because they are easier to actuate and/or because the key does not have to bottom down. In terms of speed, the truth is that the difference usually is marginal at best. Mechanical switches are however much more comfortable (and healthy) for long-term use, making mechanical keyboards a nearly necessary tool for professionals and hardcore gamers who value their tendons. Similarly, many argue about which mechanical switch is the "best". Simply put, there is no "best" switch. Whether you prefer strong linear switches because soft linear switches are too easy to bottom down or audible instead of quiet switches, it virtually always is a matter of individual personal preference.

Trying to decide where to even begin our recommendations this year proved to be particularly tricky. In short, the low-end of the market, at around $35-60, has been flooded with clones. In fact, the vast majority of these budget keyboards are using switches that are not just clones of Cherry's original switches, but clones of their clones. With so many keyboards of various qualities and questionable parts sourcing, actually reviewing the keyboards is critical; and we haven't taken a look at very many of these boards thus far.

We did test a few such keyboards over the last couple of years, but the number of boards that we are able to review is barely a drop in the bucket for the number mechanical keyboards available today. In many cases, "cloned-clone" switches show great force disparity and other quality control issues, resulting in poor behavior and performance that do not justify the upgrade from a typical keyboard to a mechanical one.

Moving up just a bit in the stack, we have "mainstream" keyboards. These cost a bit more, but come from better established manufacturers who aren't using clone-of-clone switches. Still, this is a similarly packed market.

For several years now, the Cougar Attack X3 has been our mainstream recommendation. The keyboard retails at around $55, which is a steal for a fully programmable device that comes with genuine Cherry MX switches. Cougar evolved their software over the past few years as well, making the Attack X3 an even more alluring option for advanced gaming sessions. Having a fully programmable keyboard is not something to pass-up lightly; even if the programmability does not sound like a useful feature to you at this point of time, it can easily become useful in a future game or application. Its only weakness is the standard red backlighting, which may feel inadequate to some users who are driven by the current RGB craze. If RGB lighting is a must, Cougar released an RGB version of the X3 as well but it retails for $90, a hefty price increase.

We usually recommend two keyboards in each category but it honestly is very difficult for us to find a better deal than the Cougar Attack X3. Even keyboards that are using switches coming from Chinese manufacturers and/or with an inferior set of features tend to retail for higher prices. The only true competitors for the Cougar X3 are the mass-produced, cheap Asian clone keyboards, which on the whole save a few bucks but lose out on reliability in the process.

Going above basic, mainstream mechanical keyboards, we have higher-tier "advanced" keyboards. These boards come with additional, specialized features, which are not necessary required for a keyboard but can come in handy. Keyboards in this range often come with extended programming features and additional keys, or RGB lighting, or simply better aesthetics. Aesthetics in particularly is a strictly subjective topic – there's a good argument to be had that gaming-focused gear is particularly gaudy these days – so we've decided to split our recommendation two ways, offering separate suggestions for a gaming keyboard and a professional (productivity) keyboard.

For gamers that want a fully programmable keyboard with RGB backlighting, our recommendation lies with the RIOTORO Ghostwriter Prism. It features genuine Cherry MX switches, per-key programmability, handy media controls, and a basic USB hub. It currently retails for $60, making it a steal for such a product. What it lacks though is the presence of extra macro/programmable keys. For those that consider these to be a necessity, the Razer BlackWidow Chroma is the nearest available option but brings the retail price up by another $40.

For professional use, we believe that the best choice is the Logitech G613 Wireless Mechanical Keyboard. The greatest strength of this particular keyboard is the wireless multi-device connectivity, allowing the keyboard to seamlessly switch between PCs, and even tablets and smartphones (a smartphone stand is even included), an extremely practical feature for professionals today. While it is not fully programmable, it features six additional programmable keys and media/volume control buttons – more than enough for the professional user. It currently retails at $60, a very reasonable price for the features it offers.

When it comes to top-tier keyboards, our focus shifts almost exclusively over to quality and features. These are the keyboards that are the best of the best, even if they cost more than the rest.

For advanced gamers and enthusiasts, our recommendation for this year remains the Corsair K95 RGB Platinum. Although we have tested several similar products, we feel the K95 RGB Platinum is the most balanced of them all. It is a full-featured keyboard with extra macro keys, RGB lighting, per-key programmability, and extended profiling support. And although it does not sound much, compared to some other top-tier keyboards, Corsair's Utility Engine (CUE) is the best software in the market right now, allowing for very extended programmability options without the need for third-party software. The Corsair K95 RGB Platinum is also using the latest Cherry MX Speed RGB mechanical switches, which are slightly shorter and smoother for fast-paced gaming sessions. 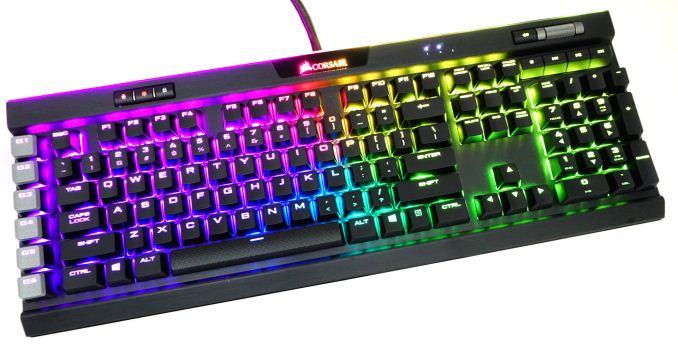 For professionals seeking a top-quality and performance mechanical keyboard, our recommendation is the Das Keyboard 4 Professional. It may appear as an outworldishly expensive product, especially considering the lack of advanced features, yet it is a keyboard that Das Keyboard developed with long term comfort and top reliability in mind. In other words, it is a product that excels at professional use cases.

On the other hand, for professionals who spend many hours using a single keyboard, we also have ergonomic keyboards in mind. In this case, the the Kinesis Freestyle Edge gets our nod for the ergonomic category. These keyboards can be a lot more comfortable over the long run – not to mention they can reduce the chances of a strain injury – though they do take some getting used to, especially if you aren't using the same keyboard all the time. So these keyboards tend to be a better choice for users who aren't going to be switching between workstations, or constantly switching between a desktop and laptop. 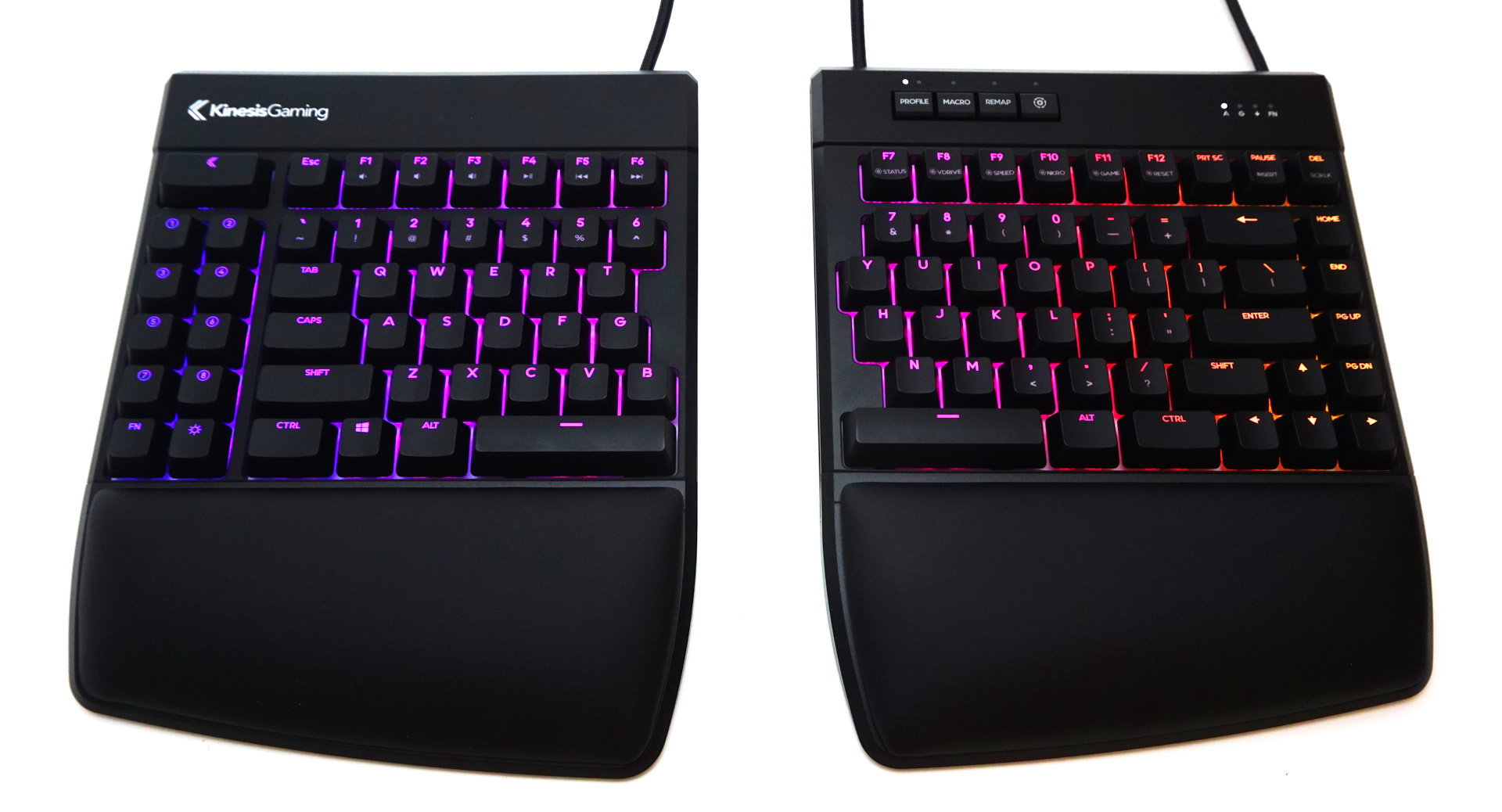