Another of HP’s announcements today is what they are claiming as the world’s first 14-inch USB Type-C portable display and is HP’s first 1920x1080 portable display. The new S14 portable display is designed to provide users the ability to quickly connect another monitor to their laptop or tablet expanding screen real estate while being able to carry it alongside the other device for ease of transport. HP claims that productivity is said to increase with more screen space as well as making collaboration easier when using a second display.

The EliteDisplay S14 14-inch portable monitor features a wraparound easel cover with which to support the monitor when in use – no other attachments are needed. When not in use, the cover protects the monitor when traveling, similar to a tablet cover. HP claims that the design aesthetic will compliment other HP PCs and in this case, comes in black with the only standout look being the HP logo on the back as well as the base of the panel. There is a single USB-C port that will carry both video and power in order to minimize additional dongles and clutter in the workspace. Power is fed from the notebook or tablet it is connected to, so battery life of the laptop can be shorter when in use. The panel is rated to use around 5W with a maximum of 15W according to HP.

Specifications wise, the 16:9 aspect ratio 14-inch monitor measures in at 12.91” x 0.34” x 8.24” and weighs in at 2.2 lbs without the stand. HP says these values translate to a 46% thinner and 12% lighter device than previous generations. Comparing this to the S140u, the bezels are unquestionably smaller along with a smaller overall footprint. Color gamut nor the specific IPS panel type was not listed in the specifications. 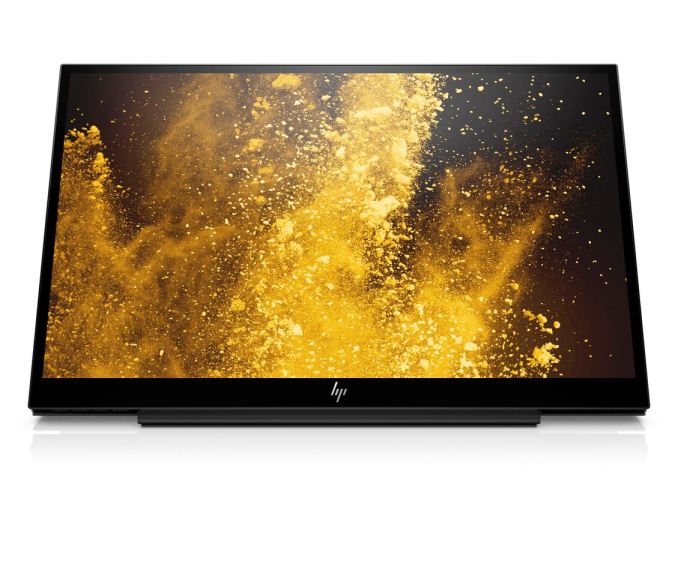 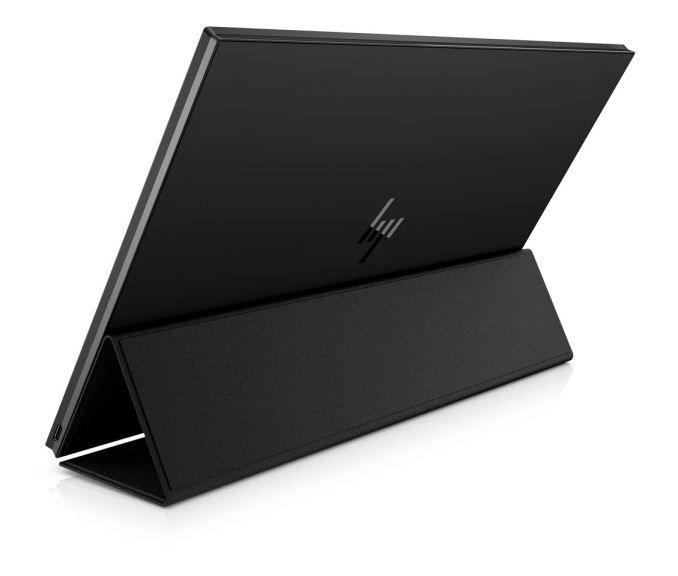 The panel is an IPS LED backlit display with 178° horizontal and vertical viewing angles using a native Full HD (1920x1080) resolution at 60 Hz refresh (5ms GTG). Brightness comes in at 220 nits with a 700:1 static contrast ratio. The display features anti-glare technology, language selection, LED backlighting, and on-screen controls. Users are able to adjust brightness, color, contrast, and it has buttons for accessing the menu, plus and minus control, input control, and power on/off – a typical array of controls on a monitor.

Pricing for the S14 portable display starts at $219 and will be available in July 2018.