In the midst of all the current AMD announcements such as the Ryzen 3000 series of processors, and the announcement of the new X570 chipset, GIGABYTE has prepared a series of different X570 models. The GIGABYTE X570 I Aorus Pro WIFI features a mini-ITX frame with a Wi-Fi 6 wireless interface, and a Realtek ALC1220-VB audio codec. 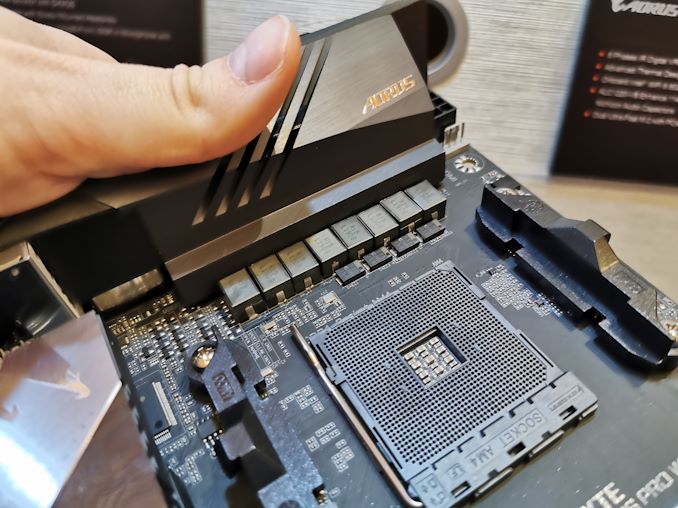 The mini-ITX small factor is very popular on consumer desktop and it's normal for a motherboard vendor to launch at least one or sometimes two models onto the market. GIGABYTE introduces its X570 I Aorus Pro WIFI model into the mid-range segment with a nice variety of features. Firstly, there are two DDR4 memory slots that will likely support up to 64 GB of total memory capacity, but this hasn't been officially confirmed. Storage is provided by four SATA straight-angled ports, with two PCIe 4.0 M.2 slots, one of which includes a thermal guard which works in collaboration with the actively cooled X570 heatsink. The X570 I Aorus Pro WIFI has a single full-length PCIe 4.0 slot which has a coating of metal armor reinforcement. 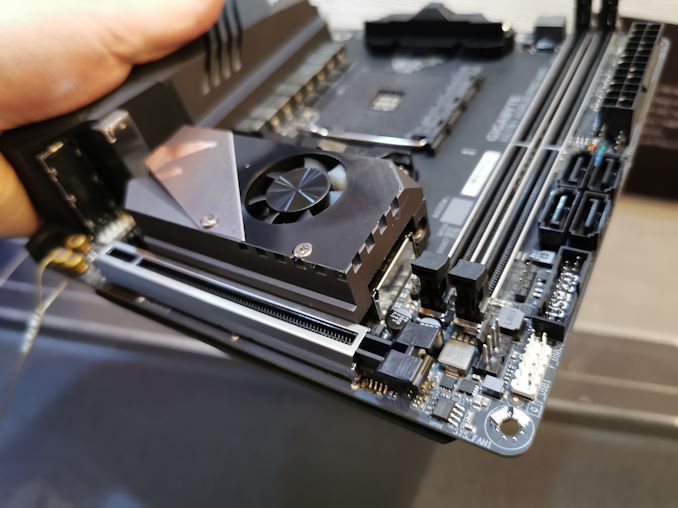 For enthusiasts and performance junkies, the GIGABYTE X570 I Aorus Pro WIFI has an 8-phase power delivery using International Rectifier MOSFETs. Due to the design of the power delivery, it allows the heatsink to work more effectively at cooling the power delivery. The rear panel cover is also elegant with a metal finish further adding to the boards premium aspect. It's the controller set which makes this board a more mid-range offering with a single Intel-based Gigabit LAN port, a Wi-Fi 6 capable Intel AX200 802.11ax interface, as well as a Realtek ALC1220-VB HD audio codec. On the rear is dual HDMI outputs with a DisplayPort too, making this board suitable for multi-display capable for use with Ryzen based APUs. Aside from a single USB 3.1 G2 Type-A, and Type-C, the rest of the rear panel is using four USB 3.1 G1 Type-A ports. 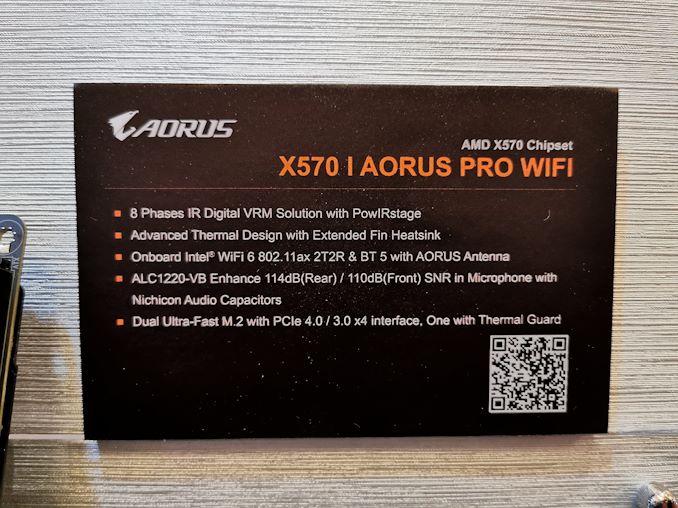