A lot of questions will be asked about the frequency, temperature, and power of this chip: splitting 280W across all the cores might result in a low all-core frequency and require a super high current draw, or given recent reports of AMD CPUs not meeting their rated turbo frequencies. We wanted to put our data right here in the front half of the review to address this straight away.

We kept this test simple – we used our new NAMD benchmark, a molecular dynamics compute solver, which is an example workload for a system with this many cores. It’s a heavy all-core load that continually cycles around the ApoA1 test simulating as many picoseconds of molecular movement as possible. We run a frequency and thermal logger, left the system idle for 30 seconds to reach an idle steady state, and then fired up the benchmark until a steady state was reached. 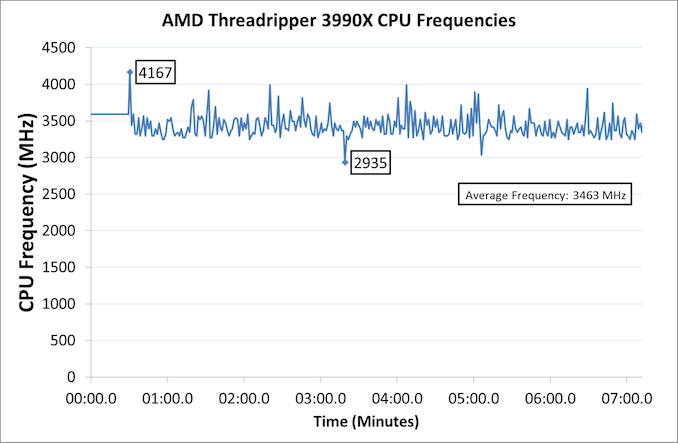 For the frequencies we saw an ‘idle’ of ~3600 MHz, which then spiked to 4167 MHz when the test began, and average 3463 MHz across all cores over the first 6 minutes or so of the test. We saw a frequency low point of 2935 MHz, however in this context it’s the average that matters. 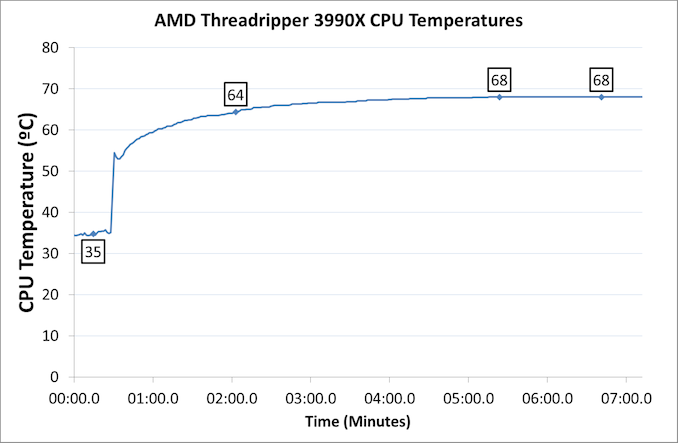 For thermals on the same benchmark, using our Thermaltake Riing 360 closed loop liquid cooler, we saw 35ºC reported on the CPU at idle, which rose to 64ºC after 90 seconds or so, and a steady state after five minutes at 68ºC. This is an ideal scenario, due to the system being on an open test bed, but the thing to note here is that despite the high overall power of the CPU, the power per core is not that high. 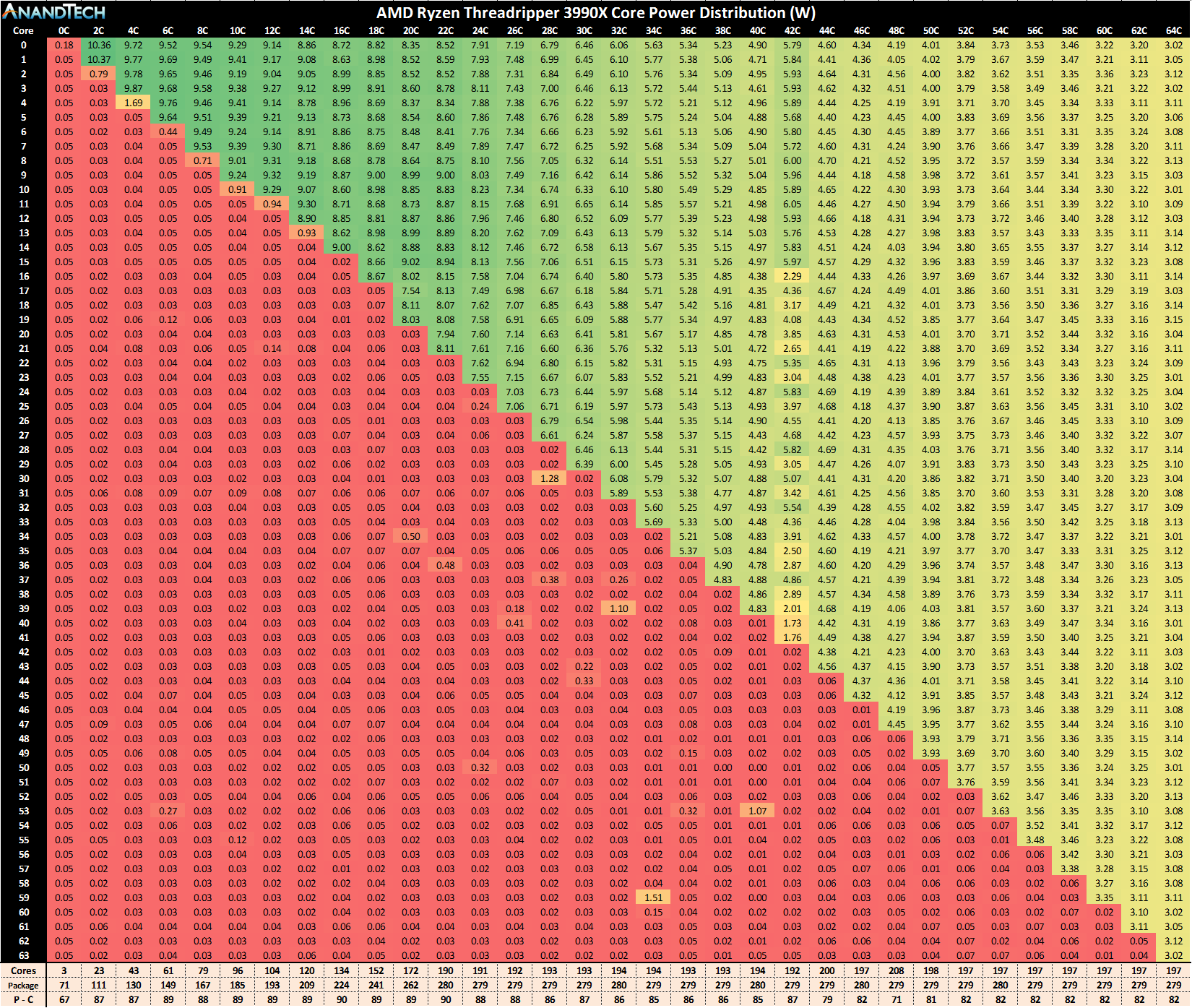 This is our usual test suite for per-core power, however I’ve condensed it horizontally as having all 64 cores is a bit much. At the low loads, we’re seeing the first few cores take 8-10W of power each, for 4.35 GHz, however at the other end of the scale, the CPUs are barely touching 3.0 W each, for 3.45 GHz. At this end of the spectrum, we’re definitely seeing AMD’s Zen 2 cores perform at a very efficient point, and that’s even without all 280 W, given that around 80-90W is required for the chipset and inter-chip infinity fabric: all 64 cores, running at almost 3.5 GHz, for around 200W. From this data, we need at least 20 cores active in order to hit the full 280W of the processor.

We can compare these values to other AMD Threadripper processors, as well as the high-end Ryzens:

The 3990X exhibits a much lower power-per-core value than any of the other CPUs, which means a lower per-core frequency, but it isn’t all that far off at all: less than half the power for only 400 MHz less. This is where the real efficiency of these CPUs comes into play.