Today at a private GlobalFoundies event, CEO Tom Caulfield accompanied by Senate Majority Leader Chuck Schumer, announced that the company is set on expansion. At the heart of this new initiative is a doubling of Fab 8, GF’s leading manufacturing facility, at the cost of around $1B. Accompanying this is the disclosure that GF is going to build another manufacturing facility close to Fab 8, in Malta NY, as part of a Private-Public partnership. Details of the new facility were not given. 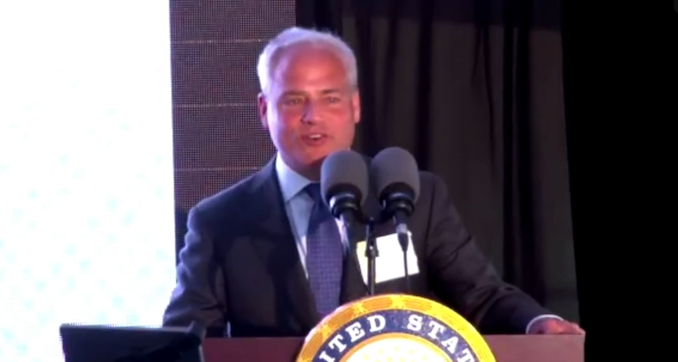 GlobalFoundries is a contract manufacturer of microprocessors, focusing on adjacency technologies from 12nm and larger geometries. While most column inches are spent discussing the leading-edge manufacturing at GF’s competitors, in a discussion with the CEO we were told that GF addresses around 70% of the semiconductor market and in the current climate is currently running all of its facilities at maximum production.

GF has three main fabs in Malta NY, Dresden Germany, and Singapore – all three are running at maximum output, and GF recently announced a new plant in Singapore capable of 450K wafers per year. Tom Caulfield told us prior to that announcement that the Malta fab is around two-thirds full of equipment, Dresden is at about half, but Singapore is full, hence the new Singapore fab. In March GF announced a $1.4B expansion divided equally between the three sites, with Production capacity is expected to increase by 13% this year and by 20% next year as a result of the increased funding. Today’s announcement commits to adding additional machines at Malta to scale out to the space already there, for another 150k wafers per year, at a cost of $1B.

New website with the new branding. They should have put 'Moore'

The other element of the announcement is the new fab in Malta. The deployment of a new facility, especially at scale, costs billions. GlobalFoundries today acknowledges that it will take billions, citing the US government’s desire to increase national manufacturing in light of the global scale and building more on American soil. Exactly how GF will implement a new facility has not been disclosed – no timeline, no costs, no information about where the funding is coming from, or what process nodes will be manufactured on-site. It was announced that it would be a private-public partnership, developing chips for high-growth areas such as automotive, 5G, and IoT. The fab is set to create 1000 technical jobs and another few thousand in ancillary positions in the local area to support it. Discussions were also made in light of the semiconductor supply chain, and the need to invest and evolve that part of the business alongside manufacturing improvements. Senator Schumer spoke about the need to pass grow semiconductors, holding up a bag of chips alongside a wafer. 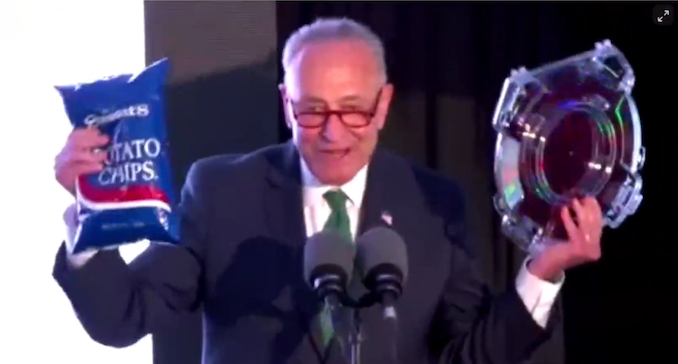 These announcements are part of a train of recent disclosures and talk about GlobalFoundries. Last week it was rumored that Intel was seeking to acquire GF for $30 billion, however today GF announced a complete logo change and rebranding of the business, which doesn’t tend to occur if a company is in the process of acquisition talks. Alongside this, GF is expected to bring forward its Initial Public Offering (IPO) from 2022 to late 2021. The company is currently owned wholly by the Emerati state holding company Mubadala, and the IPO is on the back of some growth of GF in light of the high semiconductor demand environment. GlobalFoundries expects 2021 revenue to be around $6.2 billion, a +9% growth over 2020.