The X2 also appears to be outfitted with a slightly darker grey shell than the original X. Alongside the X which I borrowed, the X2 looks almost black. It’s hard to say whether that’s just because his X has faded considerably, or whether the X2 has been intentionally made darker so people can tell the two apart. It’s probably a subtle thing similar to the way Apple made logos chrome between the 3G and 3GS to differentiate the two. 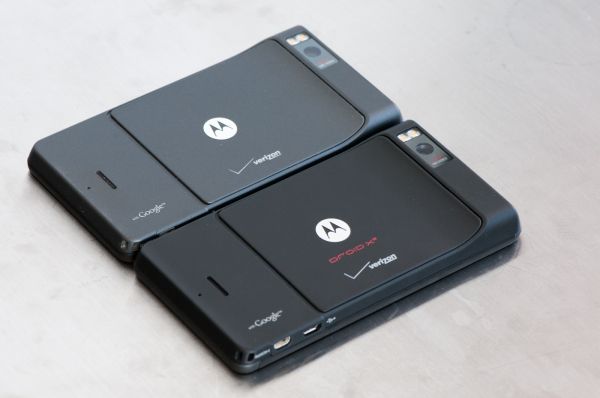 The other obvious way to differentiate which one is which is by looking at the back cover. The X2 has its name in red written below the metallic Motorola logo on the battery door. Otherwise even the two battery doors are identical. The trademark thickness bulge where the camera is located also persists on the X2. This is one area that I think could have benefited from some slimming, although it’s physically impossible to reduce the throw (depth) of some camera systems.

Button placement on the X2 is likewise the same as the X. At the top is power, centered and raised slightly. Just offset from it is the headset jack and then a microphone for noise cancellation on calls.

On the right side is the volume rocker which is identical to the one on the X. It’s a solid piece of plastic with a small detent in the center. The buttons are still sufficiently clicky. Of course, at the very bottom of the right side is where the two-step camera button would have been, should Motorola have decided it was worth keeping.

The bottom has a small lip with the same physical, backlit Android buttons. Thankfully these are in the same order as they were on the X, so there’s no relearning if you’re upgrading. Dead center below buttons is the primary microphone for calls, just like before. 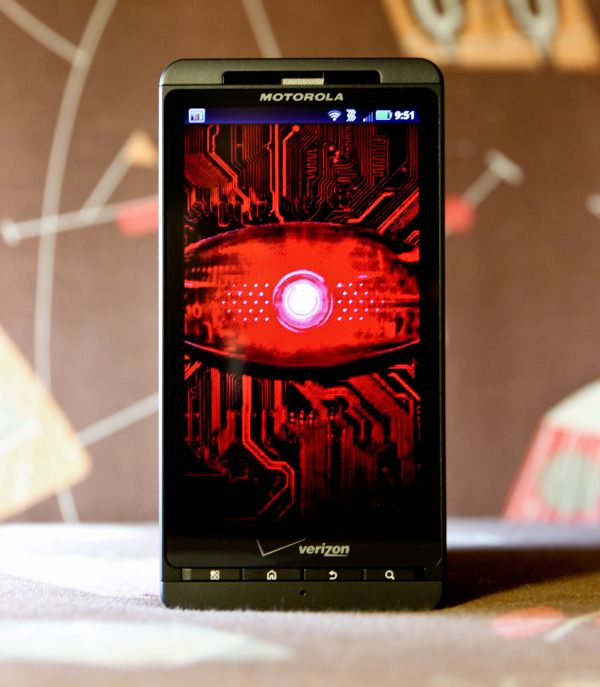 The left side of the X2 is still home to microUSB and a microHDMI port. Back when we reviewed the X, I was disappointed with how HDMI was implemented. You could output certain types of media to the TV, but not do full mirroring. Instead, the display turned into a small control panel, and the attached HDMI monitor became the playback canvas. It felt half-baked back then.

This time, you can do full mirroring with overscan control. What’s odd, however, is that rotation isn’t implemented like it was on the Optimus 2X. 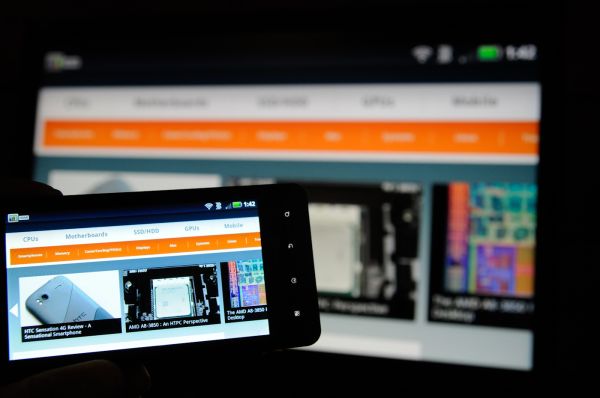 Plug an HDMI monitor in, and the whole interface rotates to landscape and stays there. If you have an application which only has portrait support, it will appear rotated 90 degrees on the TV, instead of rotating properly like the LG Optimus 2X does. 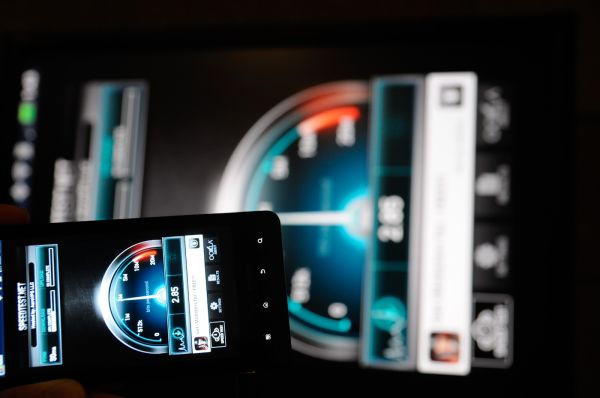 The phone’s display is upscaled to 1080p using what looks like nearest neighbor, so things are blocky, but it works. 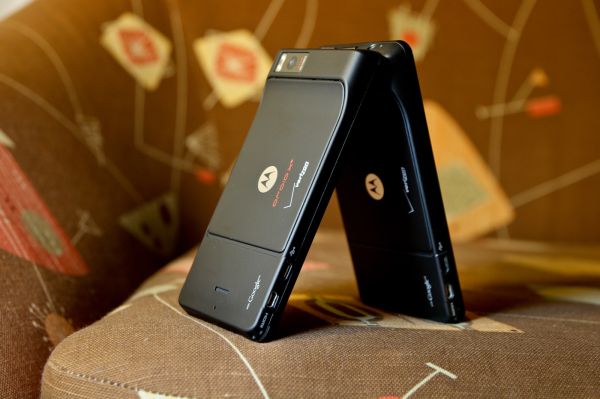 Proximity sensor and the notification LED are still hidden in the black strips up near the earpiece. Again, it wouldn’t surprise me if all of this was exactly the same as it was on the original X just because of how virtually nothing is physically different on the outside of the X2. I guess that actually sums up what there is to say about the exterior - if you liked the angular and masculine aesthetics of the original X, you’ll like the X2 because it’s essentially the same thing. Similarly, if you disliked the way the X looked, you’ll dislike the X2.