Available as a build-to-order option on both the new Mac mini and the new iMac is Apple’s own take on SSD caching, Fusion Drive. In true Apple fashion there are only two Fusion Drive configurations available: 1TB and 3TB. The 1TB option is only available on the upgraded Mac mini ($799) or any of the iMacs, while the 3TB Fusion Drive is a 27-inch iMac exclusive.

In all of these cases, the Fusion Drive is a combination of a 1TB or 3TB hard drive (2.5” or 3.5”) and a 128GB Samsung PM830 based SSD. In the Mac minis this SSD is a 2.5” drive, while in the iMacs it’s the same custom interface that’s used in the MacBook Air and MacBook Pro with Retina Display. For my testing I used a 1TB Fusion Drive in a 27-inch iMac.

The size of the SSD used in Apple’s Fusion Drive is much larger than what we usually find in a caching setup. Most OEMs ship with 8 - 24GB of NAND, and even then the drives rarely use a good controller. In the case of Apple’s Fusion Drive, Samsung’s PM830 continues to be one of the best combinations of performance and reliability we’ve ever tested. While I would’ve personally picked something like the Link A Media or Intel S3700 controller due to their excellent performance consistency, the PM830 is probably a more proven and/or affordable option for Apple. 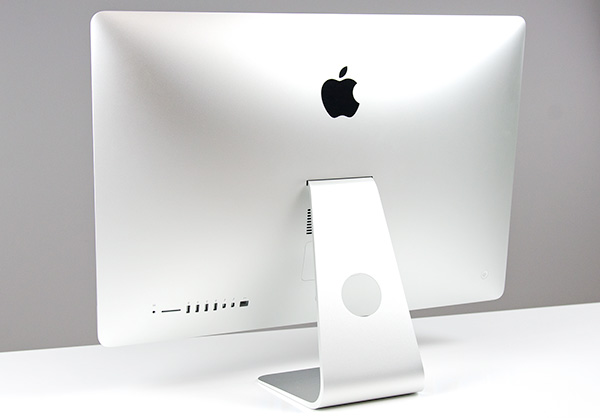 Right off the bat Fusion Drive is different than most of the hybrid/caching solutions we’ve seen, but where it really diverges from the norm is in the software component. This isn’t simply Intel’s Smart Response Technology running under an Apple brand, instead we’re looking at virtualized storage courtesy of OS X’s Core Storage. First introduced in Lion, Core Storage is a logical volume manager that allows the OS to treat multiple physical disks as a single volume.

Apple originally used Core Storage to enable full disk encryption in Lion, but its use has been expanded to Fusion Drive in Mountain Lion. The creation of a Fusion Drive is simple. If you have multiple drives you can create a Fusion Drive yourself using some simple Terminal commands. When you buy a Fusion Drive equipped Mac, Apple does everything for you. Subsequent system and backup restores on your Mac with FD will maintain the Fusion Drive facade, even if you’ve purposefully destroyed the array.

The latest version of Disk Utility will present a Fusion Drive as a single drive, labeled Macintosh HD from the factory. Apple doesn’t attempt to hide the FD underpinnings however, looking at System Report or using a third party utility like iStat Menus you’ll get statistics on both drives: 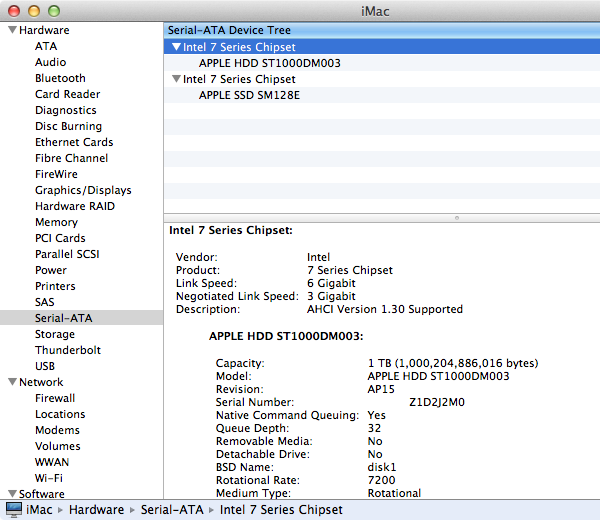 If you’ll notice, the 128GB SSD is reported as having a 121.33GB capacity. Since OS X 10.6, Apple has reported capacities in base 10 but if you do the math based on the capacity in bytes you’ll get an idea of how much space is set aside as spare area:

Approximately 11.7% of the 128GiB of NAND is set aside as spare area, which is no different than what you get with a 128GiB SSD in a standard Mac, but a bit higher than the usual 6.7% spare area you get with most of these drives. The added spare area will help improve performance consistency, but it’s still a bit shy of what I like to see on Samsung SSDs (~25%).

You can create Boot Camp or other additional partitions on a Fusion Drive, however these partitions will reside on the HDD portion exclusively.