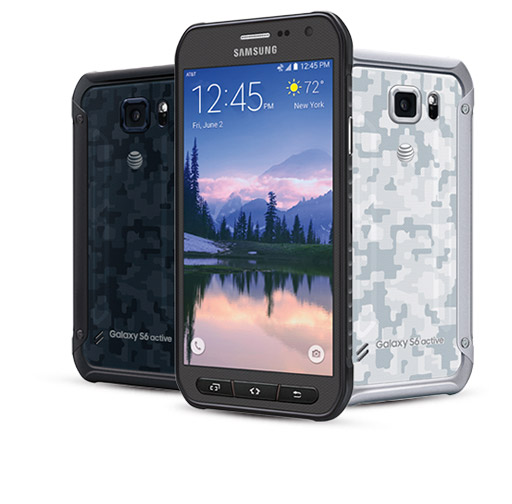 Today Samsung and AT&T announced the Galaxy S6 Active, a variant of the Galaxy S6 with a greater focus on durability and ruggedness. Releasing an Active version of their flagship Galaxy device has become a tradition for Samsung since the Galaxy S4, and it looks like this year is no exception. While it differs in its construction and design, I think people will find that its specifications are quite familiar. I've organized its specifications in the table below. 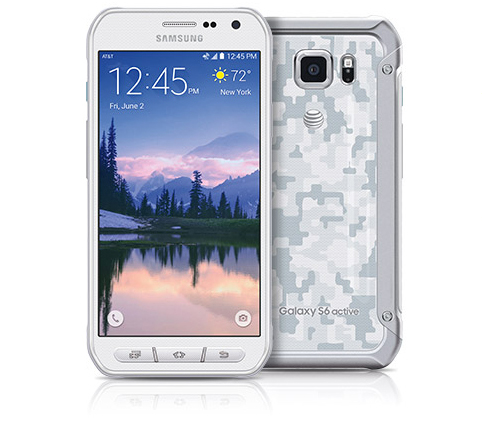 The biggest difference from the original Galaxy S6 with the Galaxy S6 Active is its design. The glass back of the Galaxy S6 is gone, and the entire device is surrounded by an additional frame to protect from damage. The single home button and capacitive keys have been replaced by three hardware buttons as well. It also appears that the fingerprint sensor has been removed in order to accommodate the hardware buttons.

As a rugged device for an active lifestyle, the Galaxy S6 Active wouldn't be complete without resistance to water and dust. Its chassis has an IP68 rating for dust and water resistance, which guarantees protection when submerged in water as deep as 1.5 meters for up to 30 minutes. The Galaxy S6 Active also meets the Mil-STD-810G standard for resistance to pressure, temperature, humidity, shocks and vibrations.

AT&T lists the Galaxy S6 Active as "Coming Soon", and customers will be able to purchase it on June 12. It will be available in camo white, camo blue, and grey finishes. On AT&T Next the Galaxy S6 Active will cost $0 up front, with a $695 cost split into monthly payments for a 20, 24, or 30 month term.