The Zotac ZBOX MAGNUS EK71080* was evaluated using our standard test suite for SFF gaming PCs. Not all benchmarks were processed on all the machines due to updates in our testing procedures. Therefore, the list of PCs in each graph might not be the same. In the first section, we will be looking at SYSmark 2014 SE, as well as some of the Futuremark benchmarks.

The 65W TDP CPU-based systems (EN1080 and EN1080K) are ahead of the EK71080, but, it must be kept in mind that those systems were processed unpatched for Meltdown and Spectre. Even the EK71080 is not fully patched, but, the OS fixes themselves do account for some of the performance loss. 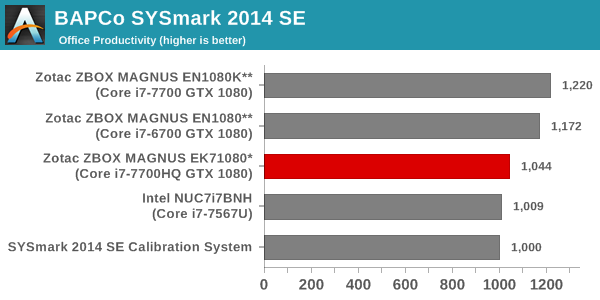 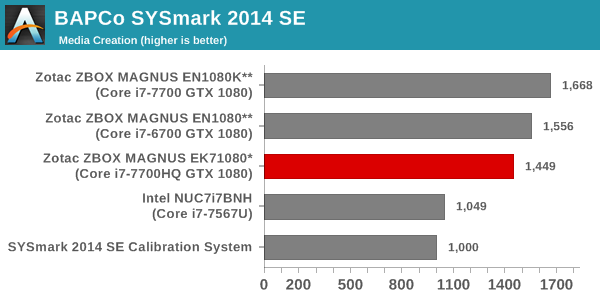 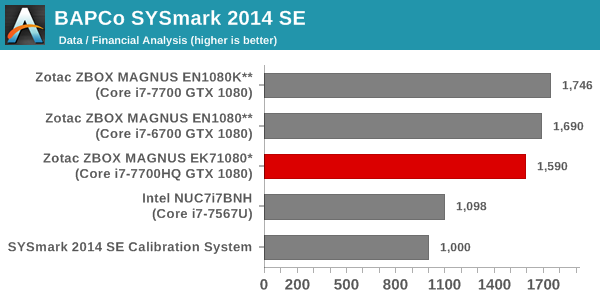 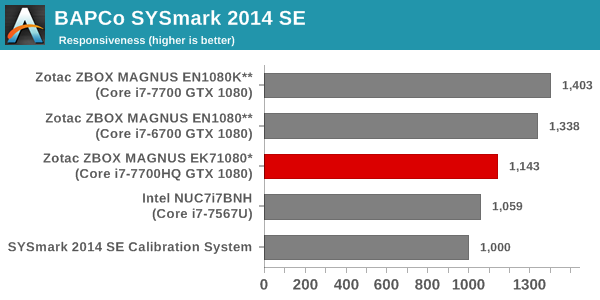 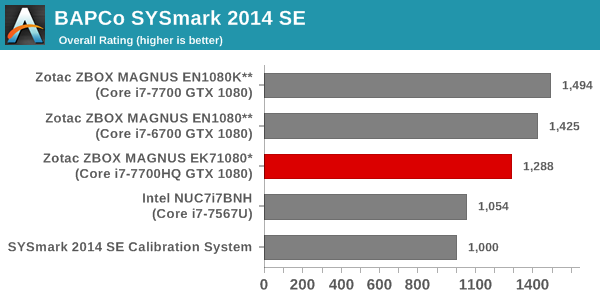 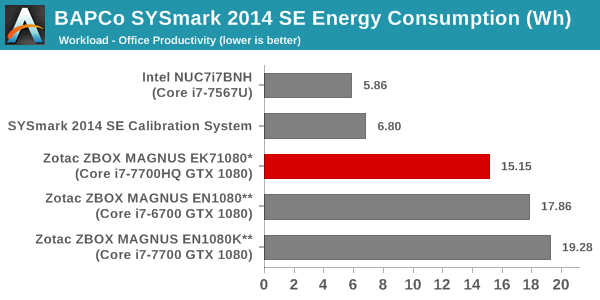 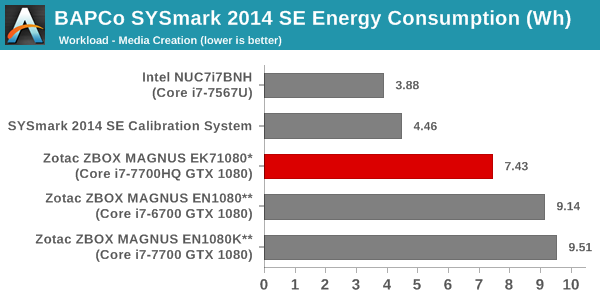 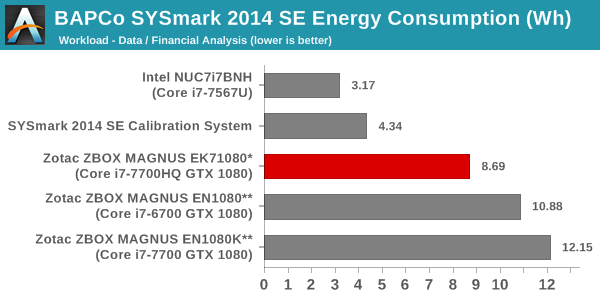 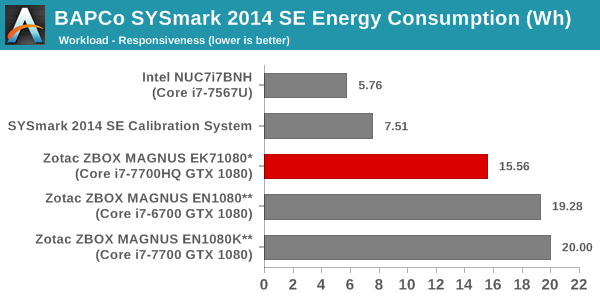 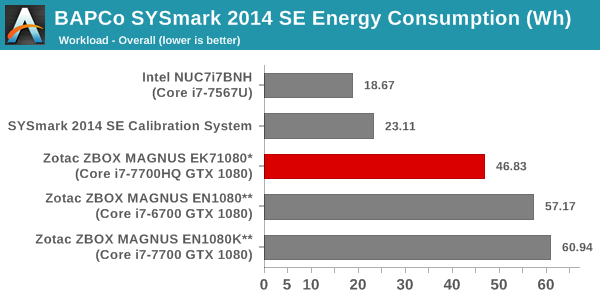 Despite the lower scores, the energy efficiency of the EK71080 is much better compared to the EN1080 and EN1080K.

Here, we see the EN1080K comfortably ahead. The Essentials score for the Skull Canyon is a bit higher than that for the EK71080, but, the former was benchmarked without the security fixes.

We continue to present PCMark 8 benchmark results (as those have more comparison points) while our PCMark 10 scores database for systems grows in size. PCMark 8 provides various usage scenarios (home, creative and work) and offers ways to benchmark both baseline (CPU-only) as well as OpenCL accelerated (CPU + GPU) performance. We benchmarked select PCs for the OpenCL accelerated performance in all three usage scenarios. These scores are heavily influenced by the CPU in the system. As expected, the systems with 65W desktop CPUs and discrete GPUs come out on top in almost all benchmarks. 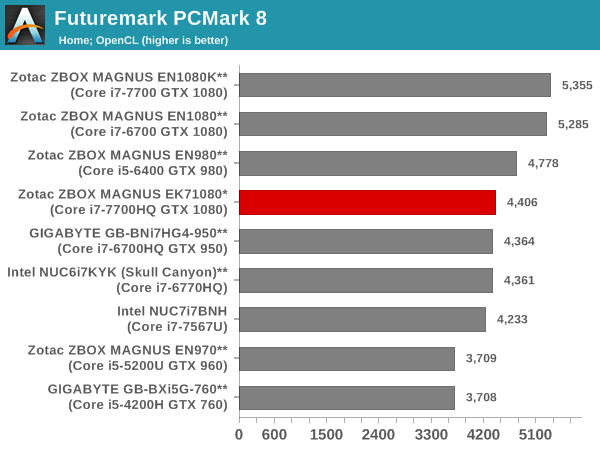 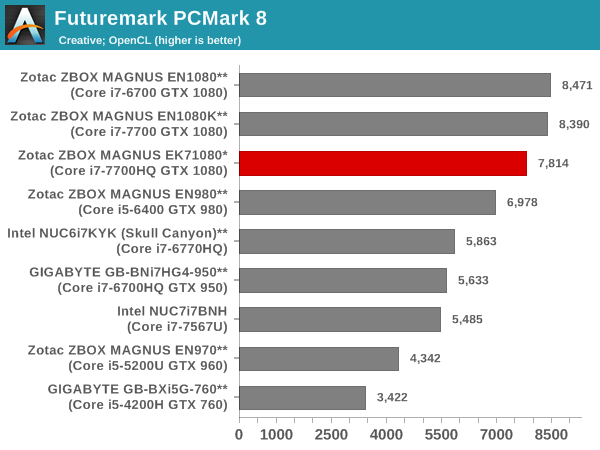 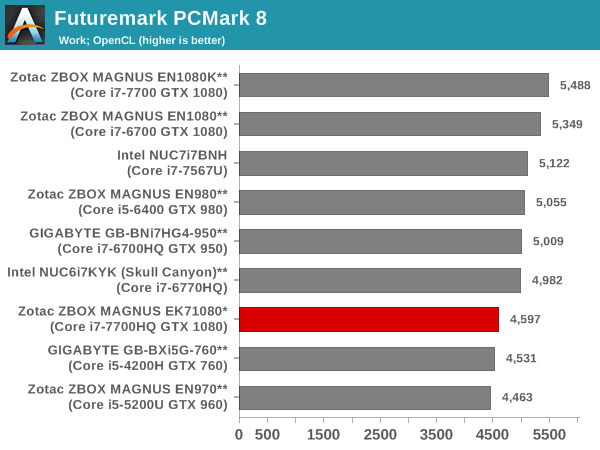 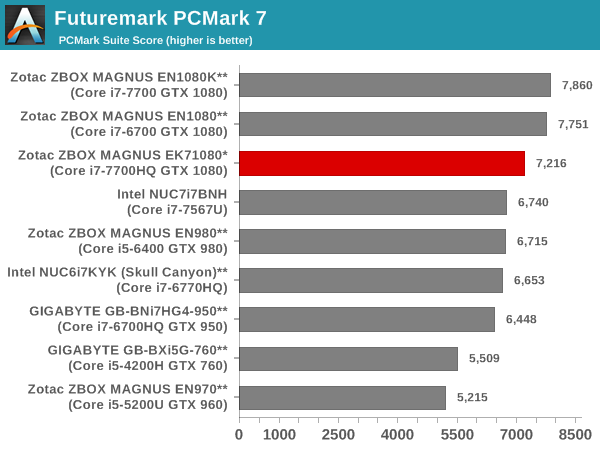 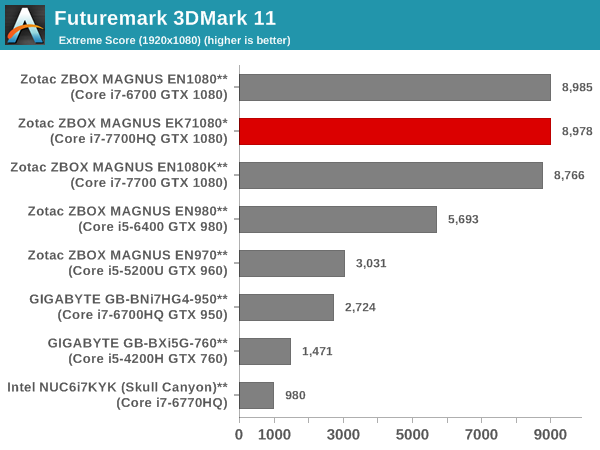 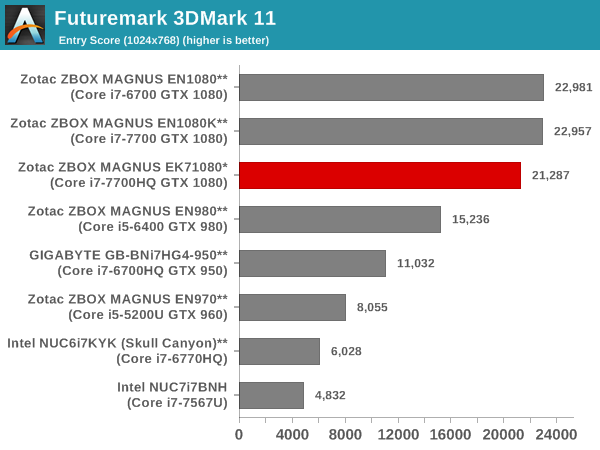 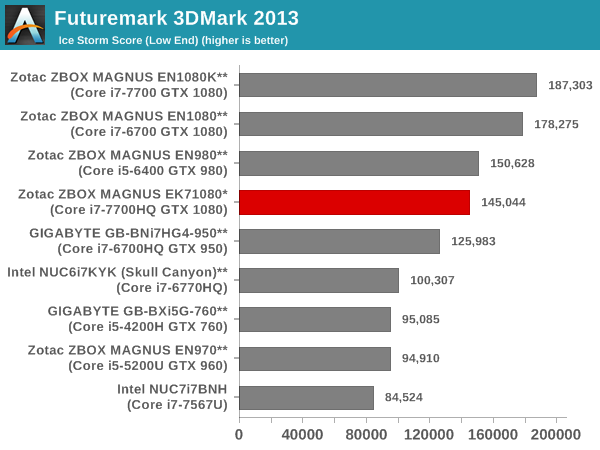 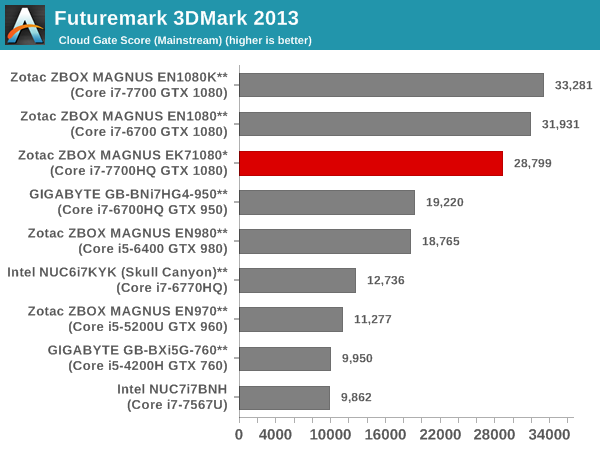 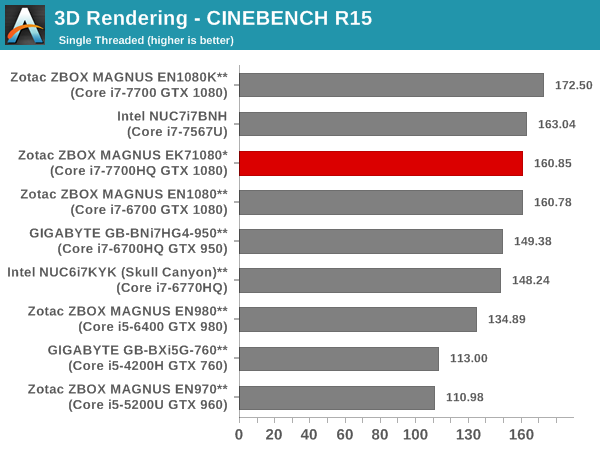 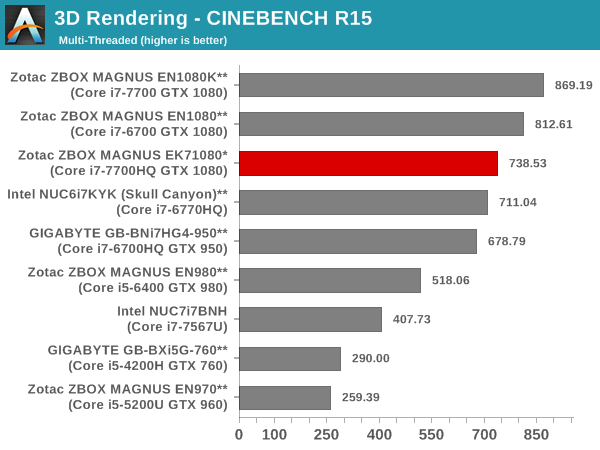 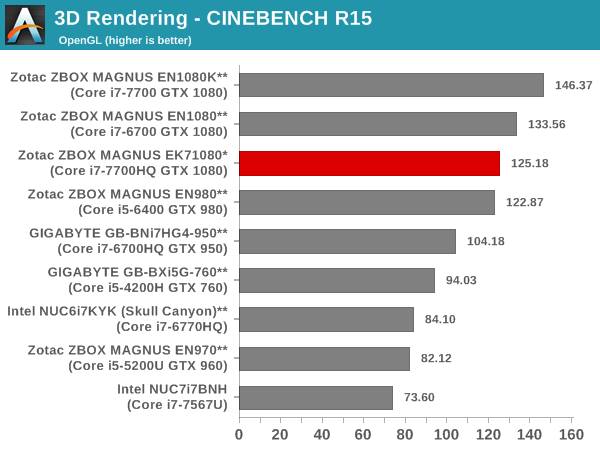