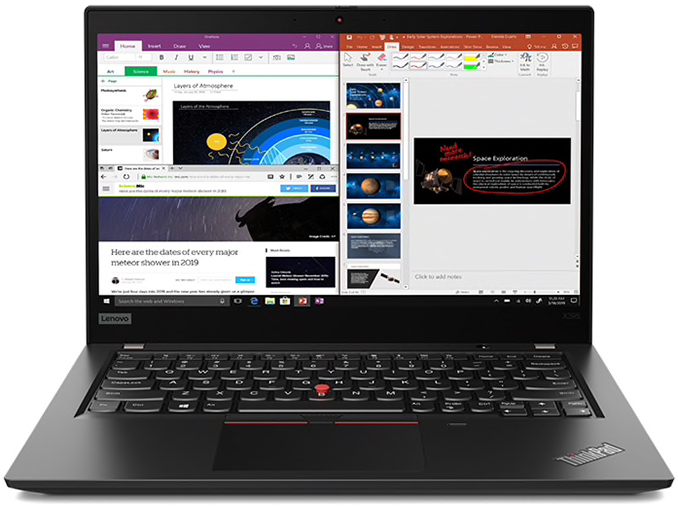 Long one of AMD's closest and most eager laptop partners, Lenovo has introduced one of the industry’s first Ryzen Pro 3000-powered ultra-portable premium business laptops. The ThinkPad X395 features a 13.3-inch display, weighs around 1.28 kilograms, and promises a battery life of up to 14.5 hours.

Lenovo's ThinkPad X395 comes in the company's signature ultra-durable black carbon fiber chassis. Overall the laptop is 16.9 mm thick and has a footprint of 31.2 x 21.7 cm, with the carbon fiber body helping to keep the weight to just 1.28 kg. Meanwhile in terms of display technology, the base model includes a 1366×768 resolution TN panel. Higher-end models bump that up to a 1920×1080 IPS display, and include further options such as touch support and PrivacyGuard to protect against prying eyes. 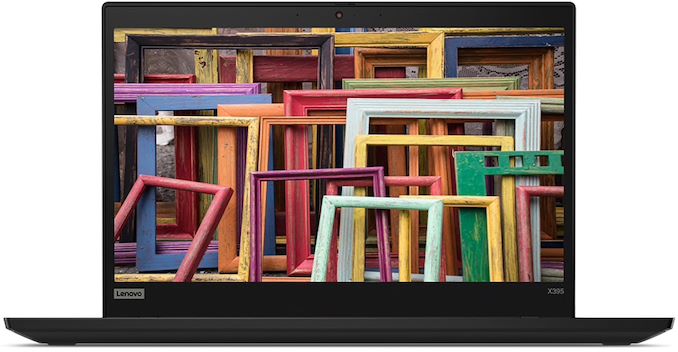 As is typically the case for Lenovo, the company is offering the ThinkPad X395 in a variety of configurations to cover different price points. The base model includes an AMD quad-core Ryzen 3 Pro 3300U APU, while higher-end models offer the Ryzen 5 Pro 3500U and Ryzen 7 Pro 3700U. The APUs will be paired with up to 16 GB of DDR4-2400/2666 while storage is provided by an NVMe SSD, with sizes up to 1 TB. 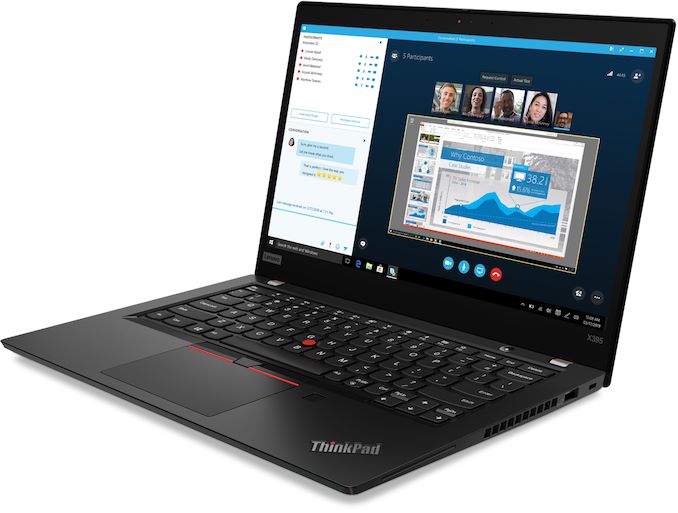 When it comes to wireless connectivity, the ThinkPad has an Intel Wireless 9260 2×2 802.11ac + Bluetooth 5.0 controller as well as an optional 4G/LTE Cat 9 modem, which makes it one of a few AMD-based laptops with WWAN ever released. As for physical ports, the notebook features a Gigabit Ethernet port (dongle required), two USB 3.1 Gen 2 Type-C ports, two USB 3.1 Type-A (Gen 1 and Gen 2) ports, an HDMI 2.0 port, a micro SD card reader, a smart card reader, and a 3.5mm audio jack for headsets. On which note, as is increasingly common for laptops in this segment, the X395 is powered entirely via USB-C. The system also includes far-field microphones, stereo speakers with Dolby Audio Premium badge, a spill-resistant keyboard, an UltraNav joystick, and a touchpad. 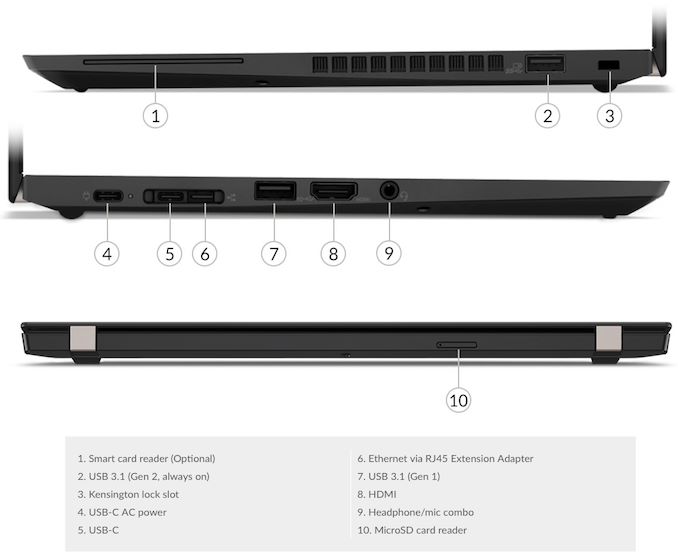 Being among Lenovo’s first X-series ThinkPads with AMD's Ryzen Pro inside, the ThinkPad X395 is clearly aimed at business/corporate users and fittingly supports an appropriate feature set. Besides DASH remote management, memory encryption, and other capabilities of AMD’s Ryzen Pro 3000 platform, the machine is also equipped with a 720p webcam with ThinkShutter privacy cover and optional IR sensors for Windows Hello, a match-in-sensor fingerprint reader, a dTPM 2.0 chip, and other typical pro-level ThinkPad features.

Lenovo’s ThinkPad X395 comes with a 48 Wh battery that the manufacturer says will last for up to 14.5 hours (based on testing using MobileMark 2014). Obviously, real-world results will be different, but Lenovo’s battery life tends to be ahead of the curve when it comes to AMD-powered notebooks.

Lenovo’s ThinkPad X395 laptops will be available starting in June. Their prices will start at $1,089. By default, the machine comes with a one-year limited warranty, but this one can be extended up to three years with further options for Lenovo’s premium support as well as accidental damage protection. 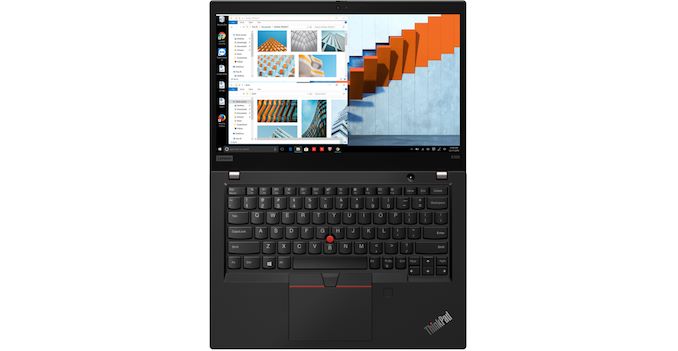