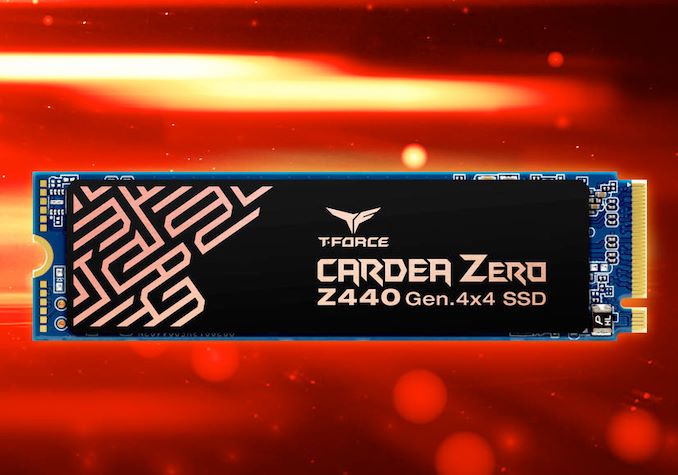 The rollout of AMD’s PCIe 4.0 Ryzen platform has accelerated releases of PCIe 4.0 x4 SSD drives. Team Group this week introduced its versions of SSDs based on Phison’s PS5019-E16 controller. Interestingly, unlike competing drives using the same chip from other makers, Team Group’s T-Force Cardea Zero Z440 do not feature an aluminum heat spreader, but relies on a different cooling system.

Set to ship in 1 TB and 2 TB configurations, Team Group’s M.2-2280 T-Force Cardea Zero Z440 SSDs use 3D TLC NAND. As far as performance is concerned, the drives promise up to 5000 MB/s sequential read speeds, up to 4400 MB/s sequential write speeds, as well an 750K peak read/write random IOPS, which is in line with competitors. 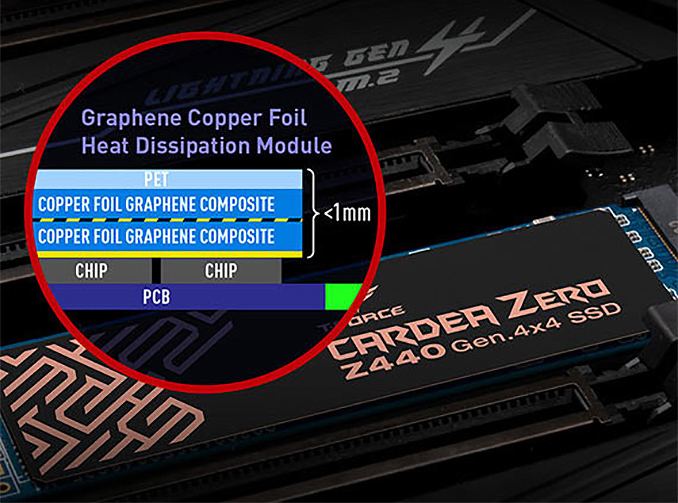 Unlike most of drives featuring the Phison PS5019-E16 controller, Team Group’s T-Force Cardea Zero Z440 SSDs does not use a massive aluminum heat spreader, but comes with a graphene copper foil heat dissipation module that is only 1 mm thick. The use of a very thin cooler makes the drive compatible with upcoming laptops featuring a PCIe 4.0 x4 interface that will be available in the future. Meanwhile, according to Team Group, the graphene copper foil heat dissipation sticker reduces controller’s temperature from 61.8°C to 56.5°C when compared to the lack of any heat spreader.

As far as endurance and reliability levels are concerned, Team Group’s T-Force Cardea Zero Z440 SSDs are rated for up to 1800 or 3600 TB written over a five-year warranty period, depending on the drive's capacity.

Team Group will start sales of its T-Force Cardea Zero Z440 drives in the near future. The 1 TB version comes at a $249 MSRP, whereas the 2 TB model will cost $499.