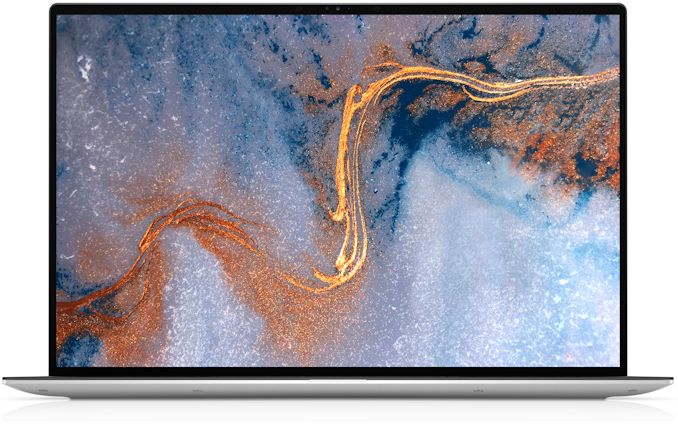 Ahead of next week's 2020 CES, Dell has introduced a new version of its ultra-portable XPS 13 notebook that is based on Intel’s 10th Gen Core ‘Ice Lake’ processor. The new XPS 13 machines will offer higher graphics performance than predecessors powered by Intel's Comet Lake CPUs, but the latter offer more general-purpose processing cores. Meanwhile, Dell is also giving the XPS 13 a display upgrade to go with the new Ice Lake processors, reformatting the laptop to use larger 16:10 displays, with a resolution increase to match. Overall, the Comet Lake and Ice Lake versions of the XPS 13 PCs will co-exist on the market, so users will have a choice.

The Dell XPS 13 9300-series laptops are aimed at people looking for maximum performance in a rather unique 13.4-inch form-factor, so in addition to Intel’s Ice Lake CPU with built-in Iris Plus Graphics, they can pack up to 32 GB LPDDR4X-3733 of memory as well as an up to 2 TB PCIe SSD. To cool down the processor and ensure its consistent performance under high loads, Dell used a new cooling system with two fans, two heat pipes, and multiple air inlets. As for connectivity, the system has a 2x2 Killer Wi-Fi 6 + Bluetooth 5.0 adapter, two Thunderbolt 3 ports, a microSD card reader, and a 3.5-mm audio jack.

As previously mentioned, Dell is also using this opportunity to include a slightly larger display on their latest XPS 13 laptops. The newest edition of the laptop makes the move to 16:10 aspect ratio panels – an increasingly popular option for high-end laptops these days – with the overall panel size increasingly slightly to 13.4 inches diagonal. Dell in turn is offering two panels: a 1920x1200 panel with full sRGB coverage, or a 3840x2400 "Ultra-HD+" panel with support for 90% of the DCI-P3 space as well as HDR 400 certification. Both panels are Dolby Vision certified as well.

To outfit the XPS 13 with a larger panel, Dell has both worked to shrink the bezel around the panel as well as enlarging the laptop overall. The notebook comes in a black or white CNC-machined aluminum chassis that is 14.8 mm thick (vs. up to 11.6 mm) and weighs 1.2 kg – 1.27 kg depending on the touch support. The net result is that the laptop has a volume about 25% greater, mostly due to being 3.2mm thicker. 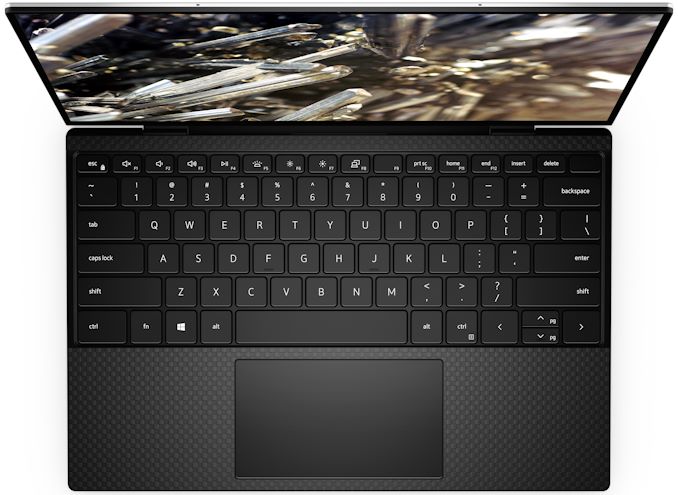 Traditionally for Dell XPS-branded laptops, the new XPS 13 boasts rather advanced multimedia capabilities, including a 720p webcam, 2W stereo speakers with Waves MaxxAudio Pro enhancements, and a far-field Microsoft Cortana-capable microphone array. As for security, the new XPS 13 has a Windows Hello-compliant fingerprint reader in the power button.

Dell’s new XPS 13 will be available in the US and select European countries on January 7 with prices starting at $999.99. In other regions, the laptop will hit the shelves in February. In addition to Windows 10-based versions of of the new XPS 13, Dell will offer Linux-powered models.