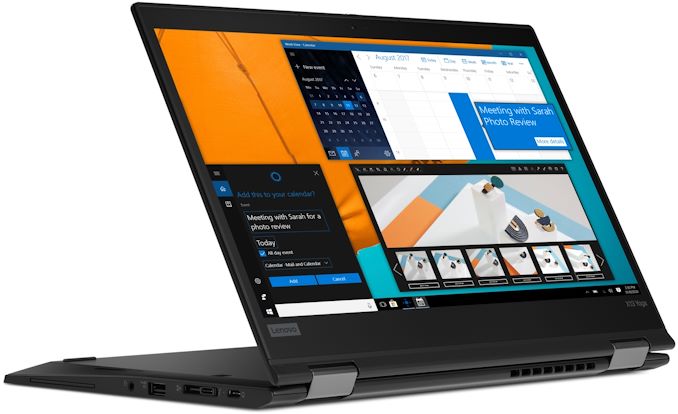 Known for its light weight and portability, Lenovo’s ThinkPad X1 also happens to be a halo product with a price to match. Demand for ultra-portable notebooks is high these days, so Lenovo has developed its ThinkPad X13, something that combines portability of a laptop that is up to 16.9 mm thick and 1.3 kilogram heavy (2.85 pounds),  along with the performance of Intel’s 10th Generation Core processors, for a price that starts at $849.

Lenovo itself calls its new ThinkPad X13 - which also happens to exist in a hybrid version called ThinkPad X13 Yoga - a ‘premium mobile workhorse’. Housed in a black carbon fiber or carbon fiber with magnesium/aluminum chassis, the ThinkPad X13 can be equipped with a Full-HD (for a long battery life) or an Ultra-HD OLED touch-enabled display panel. Customers who need privacy can also opt for Lenovo’s Privacy Guard screen with 500 nits brightness.

As noted above, Lenovo’s ThinkPad X13 notebooks are based on Intel’s 10th Generation Core processors with up to six cores and UHD Graphics. Depending on configuration, the laptops may be equipped with 4 GB – 32 GB of DDR4 RAM as well as an up to 2 TB SSD. 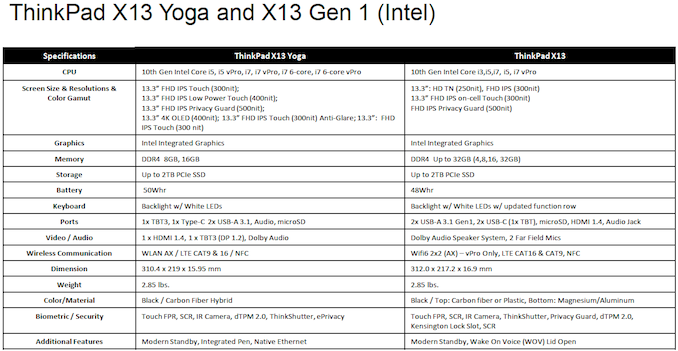 As far as connectivity is concerned, the new ThinkPad X13 has Wi-Fi 6, Bluetooth 5, Thunderbolt 3, USB 3.1 Type-A, microSD, and HDMI. Premium versions will also come equipped with a 4G/LTE CAT16/CAT9 modem. 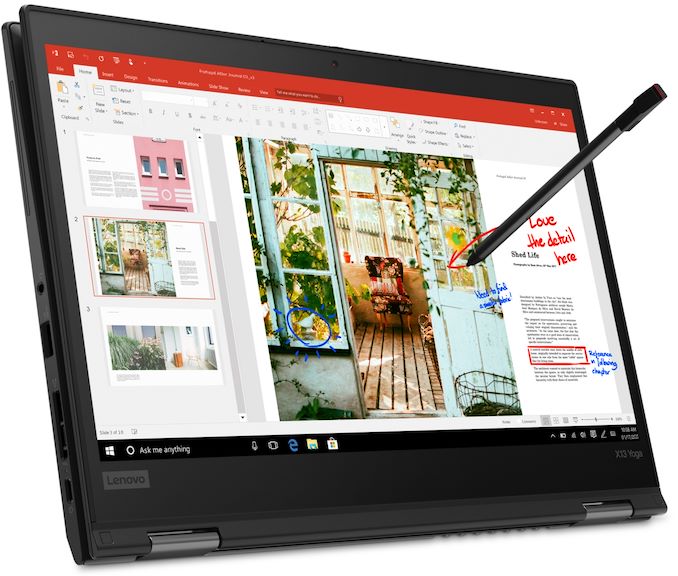