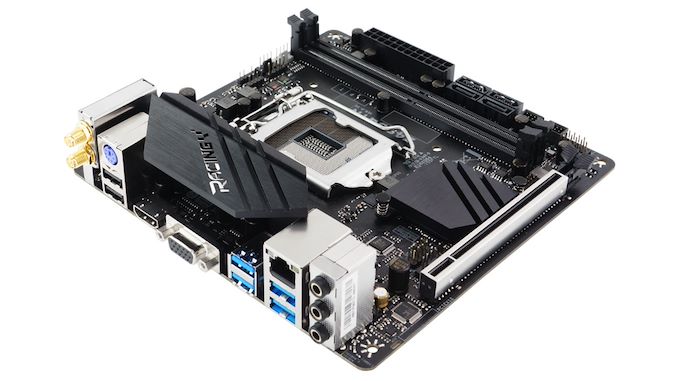 Small form factor boards are always a key talking point for any desktop market. The usual breakdown on Mini-ITX sales for any given generation is usually around 10%, and because these boards end up in the lower-cost systems, there tends to be a focus on the cheaper end of the spectrum, even when it comes to the Z series chipset which is the one with all the bells and whistles. With Intel's new Comet Lake-S processors, ranging from Celeron all the way up to Core i9, and with the new socket for Comet Lake, there will be a renewed demand for those looking to build a small form factor Intel system. One of the popular mini-ITX low-cost boards in each generation is from BIOSTAR, and today we're testing the Z490GTN.

All the arguments for building a small form factor system have been discussed ad nauseum: the home theatre mini PC (HTPC), the small form factor gaming machine, the single-use server option, or the low power desktop or work machine. Throughout the decade, motherboard companies have varied between low cost mini-ITX designs, saving a lot of pennies in design, all the way to the high performance, high cost, flashy models that cost more than a lot of decent ATX full-sized motherboards. We can see these motherboards, on Z-series chipsets, range from $120 to $350+, and it is an interesting exercise to see what price segments end up being promoted in which generation.

With the new Z490 chipset, Biostar has gone for a more mid-range design in the Z490GTN. This $200 model is in the price bracket often seen as hyper-competitive. At that price, it's perhaps too-high for a basic system (wait for the B-series chipset version), which means that Biostar has to make an effort to provide enough mid-range features to make the motherboard worthwhile. With the Z490GTN, the key highlights include a PCIe 3.0 x4 NVMe slot, helpful connector and header placement (often an issue on these sized boards), a reinforced PCIe 3.0 x16 slot, and support for 64 GB of DDR4-4000. 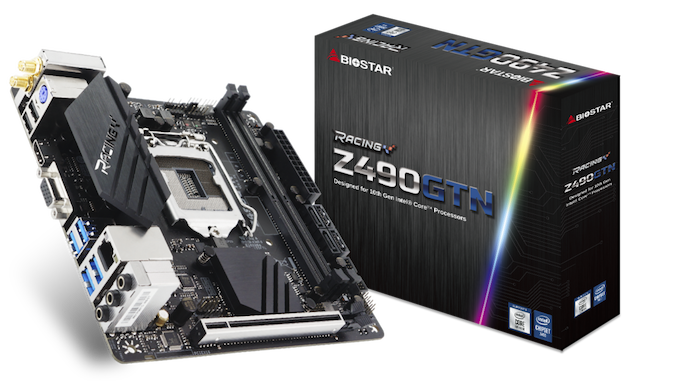 The GTN range of Biostar mini-ITX boards have been popular over the years, often due to their simplicity and the price. There's nothing substantially excellent about these boards - they seem to be able to function and provide a no-nonsense implementation. The Z490GTN is one such example, implementing a simple 6+2 phase design on the power delivery, SATA ports that don't block each other when using angled connectors, support for legacy connectivity, an Intel gigabit ethernet controller, and budget Realtek audio. One thing I should point out that while Biostar states that this motherboard has the ability to support Wi-Fi 6, it is only though an add-in card, which is not bundled with the motherboard. 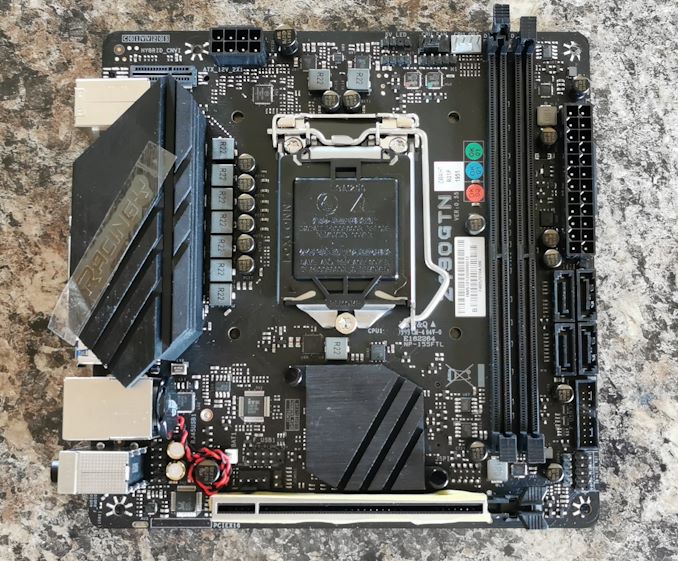 Biostar is keen to promote its use of higher density pin connectors in the 24-pin ATX and 8-pin 12V connections, which the company says reduces in-wire resistance and therefore offers a lower wire temperature, leading to fewer issues with pin degredation. It seems that perhaps Biostar's motherboards are used in locations where this is an issue, such as high-humidity countries or in countries where the room temperature is 30ºC+ (often these locations go together, too).

On the whole, we saw no major surprises from the Biostar Z490GTN, and it retained a good deal of competitiveness against our other Z490 platforms. Out of the boards tested so far, the Z490GTN scored its main win in idle power, which is often a key element for these small form factor motherboards. Everything else was within margin with other motherboards. 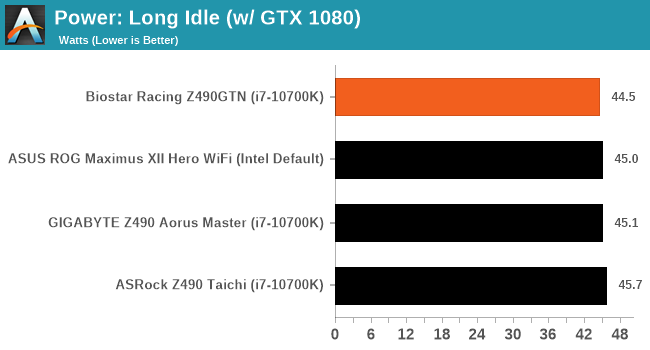 Overclocking and thermals with a mini-ITX board is often a key battleground, as it balances good design with good firmware as well as how much is spent on the power delivery and cooling.

As part of this test, we tested with two BIOSes (514 and 522), and the 522 results were higher but it came at the expense of worse thermals. They both gave high VRM temperatures, above 85ºC+. This is one area where a $200 mini-ITX board doesn't seem to cut it - we saw a +36ºC delta compared to the bigger, more expensive ATX boards, using our 8-core Comet Lake CPU set to 5.1 GHz all-core. At these temperatures we were even riding the rails of stability in our overclock. Even though this motherboard is a Z490, and one of the benefits therein is going to be the ability to overclock, perhaps this isn't the best board to do it.

Overall this board has potential, and it's worth digging into the details to find out if this is the right motherboard for you.