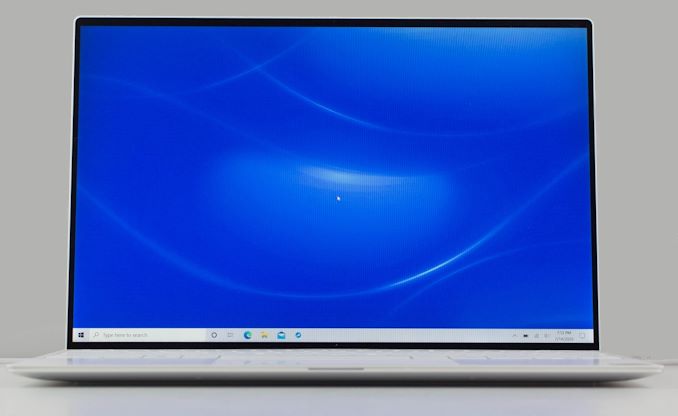 Dell changed the Windows laptop market in a single stroke with the launch of the updated XPS 13 back in 2015, ushering in the world of the InfinityEdge display, and moving the entire industry forward. We were fortunate enough to get a chance to check out the precursor to the new XPS 13 back in November, with a review of the XPS 13 2-in-1. Dell had chosen not to rest on their laurels, and the 2-in-1 proved to be one of the best notebooks around if you needed a compact and powerful convertible laptop. Today we are evaluating the traditional clamshell version of the XPS 13, and while it offers many of the same features and design touches, it does so in a more familiar form factor that many customers are going to prefer.

For the 2020 refresh, Dell has made the refreshing move to taller displays, as we saw with the XPS 13 2-in-1. As a result the XPS 13 uses 13.4-inch display panel with a 16:10 aspect ratio, offering more vertical space for getting work done, and some convenient padding to place controls when watching 16:9 content. The larger display fits into a chassis that is actually 2% smaller than the outgoing design, with the new XPS 13 offering a 91.5% screen to body ratio. 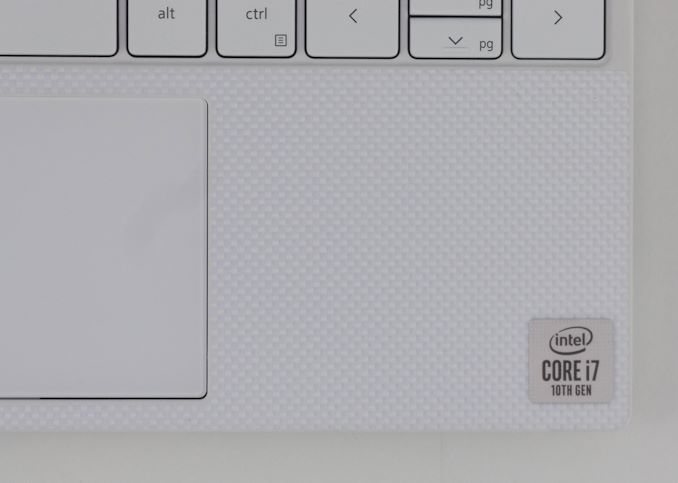 This is actually the second time that Dell has refreshed the XPS 13 within the last year. The company previously updated the XPS 13 in August 2019 to use Intel's 10th generation Core processors, but presumably due to limited supply of Intel’s then-new Ice Lake platform, Dell opted to launch that iteration with Comet Lake-U processors. And under more normal circumstances we would have expected Dell to stick with an annual cadence – and thus Comet Lake – for an entire year. Instead, to some surprise, Dell gave the XPS 13 a further mid-generation refresh, launching the Ice Lake-based XPS 13 9300 model that we are reviewing today, and bringing the clamshell XPS 13 to parity with the 2-in-1 version.

The switch from Comet Lake to Ice Lake, in turn, is a significant one. it means the XPS 13 gets Intel’s new Sunny Cove CPU architecture, as well as the much-improved Gen 11 graphics. Dell offers Core i3, i5, and i7 models, with the Core i3 and i5 offering G1 graphics, meaning 32 Execution Units (EUs), and the top-tier Core i7-1065G7 featuring the full 64 EUs on the GPU side. Just as a comparison, the Comet Lake-U only offered 24 EUs of Gen 9.5 graphics, so even the base Ice Lake models still offer a 33% larger (and much newer) GPU than the outgoing models.

The move to Ice Lake also brings some badly-needed LPDDR4X support, which in turn means a 32 GB maximum memory option in the XPS 13 9300, up from 16 GB previously. Although Dell still lists a paltry 4 GB option on their specifications sheet, a quick look at the Dell.com site shows that, at least in the USA, it appears that 8 GB is the new minimum, and that is a welcome change. Offering just 4 GB of RAM in a premium Ultrabook was always a poor choice, even if it did allow Dell to hit a slightly lower price bracket. On the storage front there is more good news, with 256 GB the new minimum, with up to 2 TB available, and all drives are PCIe x4 NVMe offerings.

Dell has gone all-in on USB-C with the new XPS 13, with one port on each side of the notebook. Both feature Thunderbolt 3 with 4 lanes, as well as power delivery for charging. The lack of a Type-A port may inconvenience some, but Dell does include an adapter in the box to assist. Wireless is the Killer AX1650, which based on the latest Intel AX200 wireless adapter – and with Intel purchasing Killer this partnership seems like it is not going anywhere.

If you read our review of the 2-in-1 version of this laptop, you will undoubtedly notice a lot of similarities. As they are from the same product line, that is not an accident: Dell has now refreshed their entire XPS series of laptops with a similar design philosophy. Let’s take a peek at what is new.