Outside of its Aqua series of motherboards, which come with exquisitely crafted monoblocks, ASRock's Taichi brand has been a critical part of the company's offerings in the land of premium motherboards. The ASRock B550 Taichi sits at the top of its product stack and features an impressive quality feature set. Some of the most notable features include a large 16-phase power delivery, eight SATA ports, dual M.2 slots, an Intel 2.5 GbE Ethernet controller, and an Intel Wi-Fi 6 interface. At $300 it comes equal in price with the X570 version, which leaves questions on the table as to which one is actually worth the money.

When AMD first released the B550 chipset, a lot of fanfare was made about the high launch price of some models. For what has been usually considered a 'budget' chipset, some of the more premium B550 models cost more than some of the X570 models, which featured full support for PCIe 4.0 to add-in cards and the chipset. The B550 chipset has less PCIe 4.0 support than X570, with only the top full-length PCIe slot and one PCIe M.2 slot operating at PCIe 4.0, while the rest of the slots and chipset operate at PCIe 3.0. The trade-off is downstream bandwidth from the chipset as well as power, because the X570 requires a fan to keep that PCIe 4.0 chipset cool. Ultimately X570 requires 'more' to be fully enabled than B550, so it comes as a bit of surprise when the B550 and X570 models sit on equal pricing.

The ASRock B550 Taichi

Even with what has been said above, the ASRock B550 Taichi has all the hallmarks of a premium AM4 model with a solid array of controllers, ports, and power delivery. 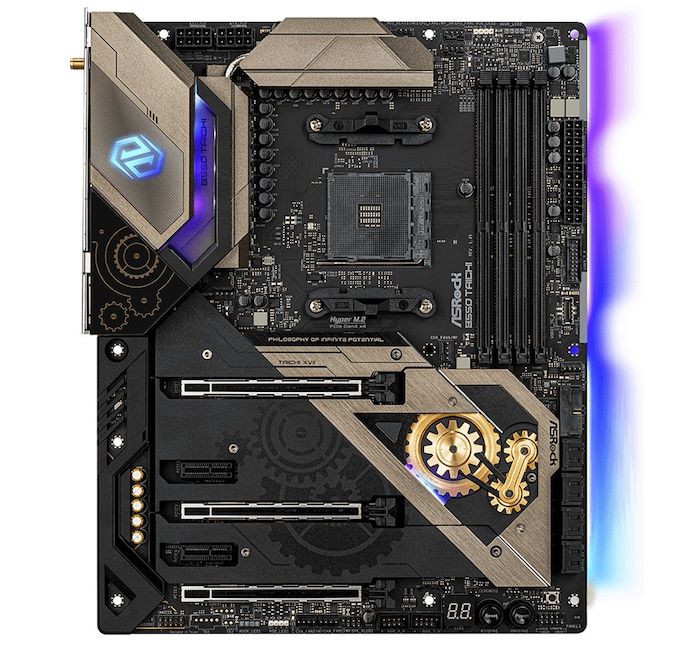 Armed with its unique Taichi inspired design, the ASRock B550 Taichi follows a bronze and black color scheme with three customizable RGB LED zones. ASRock has installed the B550 Taichi with a large sixteen phase power delivery, which performs very well in our thermal testing. Unique to the ASRock range, the B550 Taichi is the only board where the top two PCIe slots support a PCIe 4.0 x8/x8 configuration - out of all other B550 boards, only two others have this feature.

Another solid benefit of the Taichi is that it includes a BIOS Flashback controller which allows users to update the firmware without a CPU installed. This is useful for when AMD launches Ryzen 4000 and a firmware update will be required to use the new Zen 3 processors.  Some of the board's other core features include 2.5 GbE networking, Wi-Fi 6, and a premium audio codec with an assisting amplifier designed to bolster the quality of the front panel audio header. 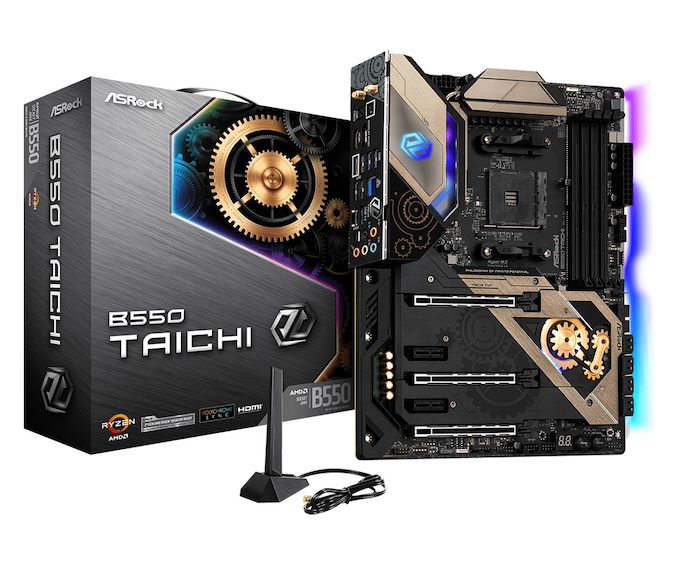 After running our benchmarking suite, the ASRock B550 proved a consistent and solid performer in our testing. It displayed competitive performance in our system tests with strong power consumption figures in all three of our power tests, with a decent non-UEFI POST time of 20.6 seconds at default settings. In our CPU and gaming tests, the B550 Taichi performed competitively against other AM4 boards tested with our testbed Ryzen 7 3700X processor. 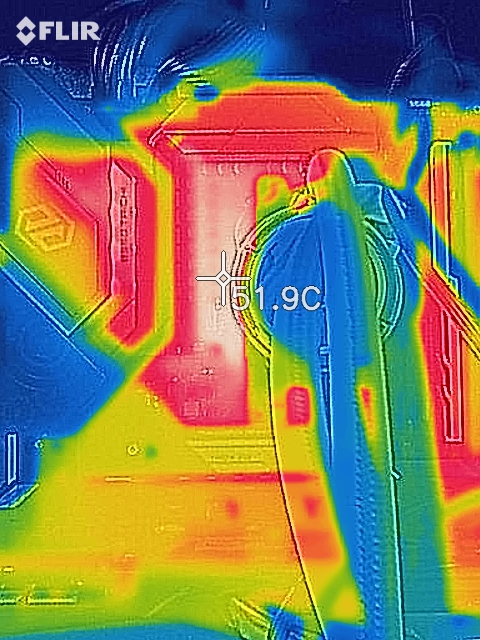 Our overclocking testing proved resourceful with a maximum stable overclock of 4.3 GHz with our Ryzen 7 3700X processor. Overall VDroop control was consistent throughout our testing, as was the performance in our POV-Ray benchmark testing. We saw equally impressive performance in our VRM thermal testing with the Taichi beating some of the more advanced and much more expensive X570 models. This is due to a more efficient power delivery design, as well as a solid pair of heatsinks which are interconnected via a single heat pipe for better heat dissipation. This is ultimately the reason why, despite being B550, this Taichi costs the same as the X570: better thermals and better power delivery.

The ASRock B550 Taichi as it stands is one of the most expensive B550 models with an MSRP of $300. This puts it up against ASRock's own X570 Taichi which currently costs $300 at Newegg. This puts the B550 Taichi in an awkward position in terms of value, with the X570 offering more raw features. However the B550 Taichi offers an alternative is the slightly larger power delivery (16-phase versus 14-phase), and an Intel 2.5 GbE Ethernet controller whereas the X570 Taichi is equipped with a standard Gigabit port.