With a lot of news and info dropping on Intel's latest Z790 chipset using the LGA1700 socket, NZXT has pulled the trigger and announced its N7 Z790 motherboard. Available in either white or black, it features a 2.5 GbE controller, Wi-Fi 6E CNVi, benefits from support for PCIe 5.0, and includes three M.2 slots.

In addition to the announcement of Intel's 13th Gen Core series processors, codenamed Raptor Lake, NZXT has announced its plans to launch the N7 for Z790. As we've seen from NZXT motherboards in the past, the N7 Z790 has a large swathe of armor covering the board and is available in both back and white color schemes. It should be noted that neither the black nor white model includes any integrated RGB LED lighting. Typical with an NZXT product, the N7 Z790 comes with support with their CAM software. 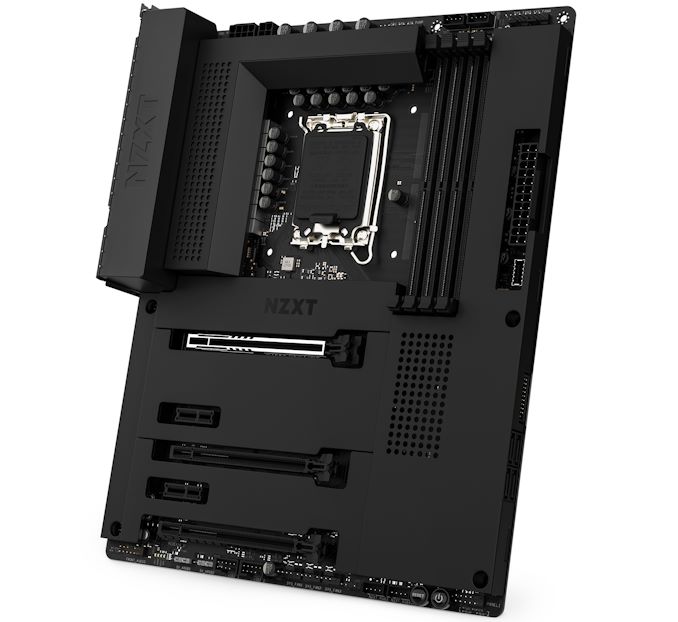 NZXT is also advertising a 16+1+2-phase power delivery, with one 8-pin EPS 12 V and one 4-pin 12 V power connector pairing to deliver power to the CPU. Powering the rest of the board's components is a 24-pin 12V power connector.

The NZXT N7 Z790 is scheduled to release with an MSRP of $300 and will be available in Q4 2022 in the USA. NZXT hasn't shared whether or not this will be released in other regions.