QNAP is a well known player in the SMB / SOHO NAS market. This market is a highly competitive one with many players like Synology, Thecus, Netgear, LaCie, Sagate and Western Digital. Consumers with a necessity to store and backup their home media collection also form a small segment of this market.

We have been playing around with the QNAP TS-659 Pro II unit over the last month or so. Based on the Intel Atom D525 platform, it has 6 bays and dual GbE ports, making it a candidate for the high end SMB market. The Pro II units introduced this year have a couple of USB 3.0 ports which the versions from the last year lacked. 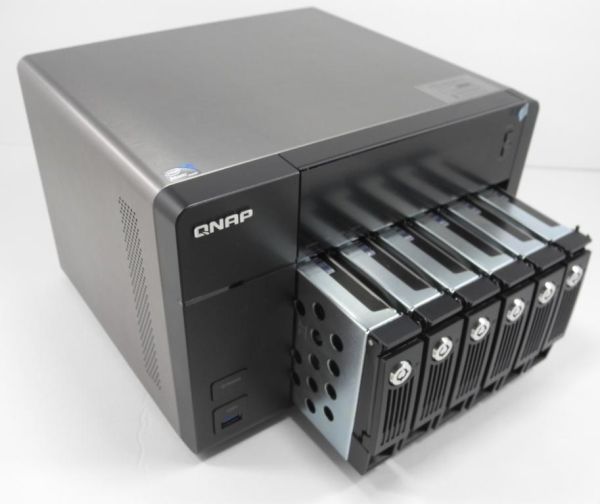 The purpose of any NAS is to serve as a centralized repository for data while also having some sort of redundancy built in. The redundancy helps in data recovery, in case of media failure of any other unforeseen circumstances. In addition to the standard RAID levels, some companies also offer custom redundancy solutions. The OS on the NAS also varies across vendors.

The QNAP TS-659 Pro II runs a Linux variant (Turbo NAS v3.5 was used in our benchmarks) which can be managed through a web browser. Internally, the dual core Atom D525 runs at 1.8 GHz and has four execution threads, thanks to the hyper threading feature. There is 1 GB of RAM inbuilt, but it is possible for the end user to increase this. The dual GbE ports can be configured in multiple ways to provide load balancing or fault tolerance or just dynamically aggregating the bandwidth.

Let us conclude this section with a look at the marketing specs from QNAP: 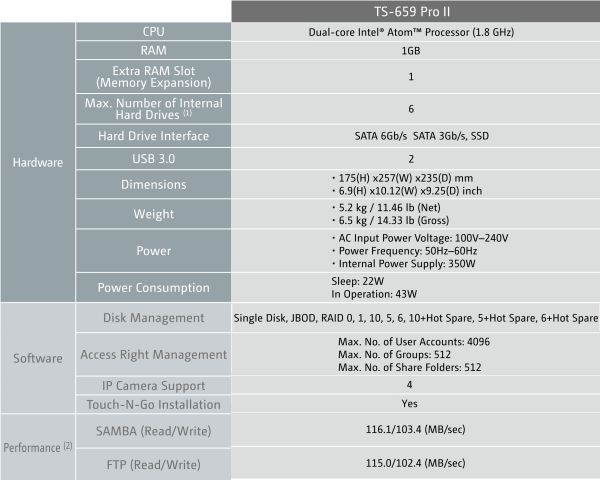