After reviewing the Deepcool coolers, the ones I have on hand for this roundup feel like a night and day difference. Deepcool's products seem clearly designed to undercut more expensive propositions like most of the ones found here, but everything about the packages surrounding all the coolers here but but the bargain Cooler Master Hyper 212 EVO scream quality.

Noctua's mounting system for the NH-D14 and NH-L12 is pretty similar to what Deepcool was doing, and in fact I've found most of the mounts I've tested so far have hewed to the same general designs. There's a backplate with four screws that goes through the holes in the motherboard, and then spacers and mounting brackets are secured on top of them. The mount for the Heligon HE01 is virtually identical. There are two studs on the brackets that another bracket (mounted between the cooler's heatpipes) affixes on to. It's a good system and allows the user to adjust orientation of the cooler pretty easily. 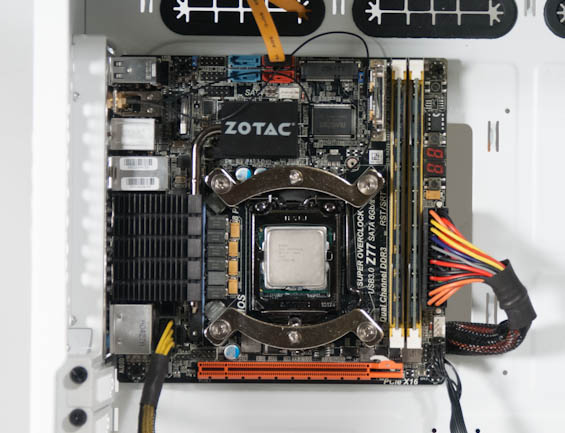 For the Noctua NH-L9i and be quiet! Dark Rock Pro 2, four screws essentially come up through the motherboard's mounting holes and directly into sockets affixed directly to the coolers themselves. The Dark Rock Pro 2 uses a backplate while the L9i does not due to essentially operating within Intel's own cooler spec. 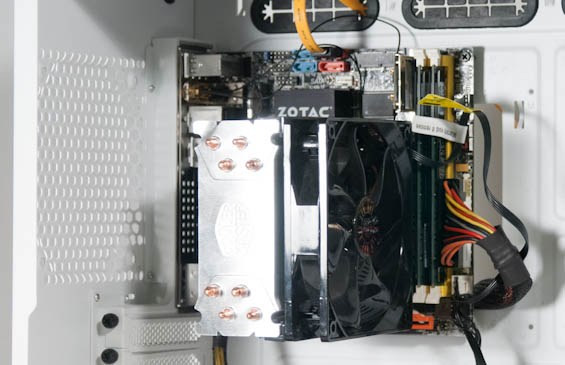 Of all the coolers, the Cooler Master Hyper 212 EVO's mounting may be the most aggravating for newer users. I've used a couple of 212 Plus units on builds for myself and other people, and I've had to move the 212 EVO a few times, so the quirks of the mechanism Cooler Master employs are old hat at this point. There's a backplate that goes behind the motherboard, and from there you insert four mounting standoffs and secure them to the backplate with bolts. The problem is that it can often be difficult to jam the screw parts of the standoffs through the backplate in the first place. The size of the backplate also means that if there are any electronics on the back of the motherboard, the plate is going to be butting up against them.

From there you move a mounting bracket between the heatpipes and push the screws into the standoffs. The problem with the design here is that even with the bracket securely fastened, you can still rotate the cooler slightly. It's not really a huge deal; if you applied thermal paste properly, the paste prevents anything from scratching, and obviously it doesn't bother me enough to stop using the Hyper 212 EVO in the case testbed.

I will say that where the 212 EVO shines is in the mounts it uses for the fans. There are plastic brackets with rubber pads that screw into the fan, and then the brackets snap on to the heatsink. These brackets are far, far easier to use than the cheap wire brackets used the majority of the time. Noctua avoids the pitfall of the wire brackets by having them affixed to the fans themselves, but SilverStone's Heligon HE01 requires a bit of dexterity to mount the fan.