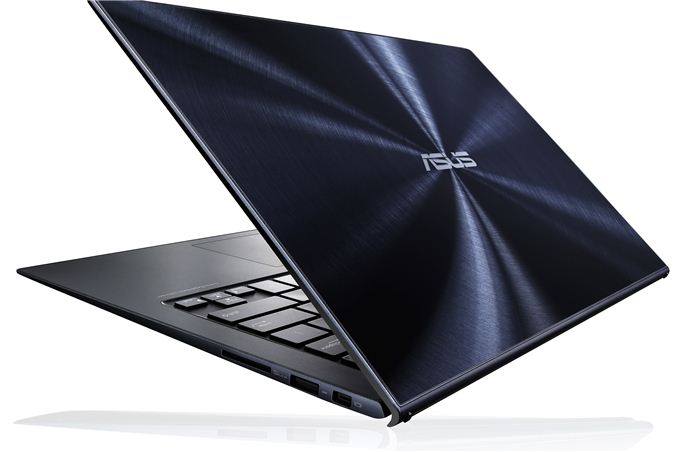 Our final ASUS IFA announcement for today is for their new Ultrabooks, which we’ve been waiting to see for a couple months now. I thought ASUS pretty much nailed it with their Ivy Bridge UX31A, with a good balance of style, battery life, and high-end features. The UX301 and UX302 look to take the core elements of the UX31A/UX32VD, the former of which earned an Editors’ Choice from us, and upgrade them the Haswell while tossing in some even better hardware and displays. Better than the 1080p IPS panel in the UX31A? It appears so (at least on some models).

The base display for either laptop is a 13.3” 1080p IPS touchscreen, so there’s no longer a 1366x768 “cheap” model muddying the waters. The UX301 takes things a step further and offers an upgrade to a 2560x1440 (WQHD) IPS panel, which should delight our readers that long for higher dpi displays. Of course, the display isn’t the only area to receive an upgrade.

At the core of the new Ultrabooks beats Intel’s Haswell heart, with some interesting twists. The UX301 is available with an i5-4200U or i7-4500U, which is standard fare, along with a third option: the i7-4558U. This is the famous 28W TDP Haswell chip that has a GT3 (40 EU) core, with the Iris Graphics 5100 providing performance that should be substantially higher than the GT2 15W Haswell SKUs. The UX302 skips the 28W Haswell CPU but instead includes a GeForce GT 730M 2GB dGPU to handle graphics duties. The GT 730M is basically the same as the GT 650M but with slightly lower clocks, so we can get at least some idea of the performance potential by looking at the ASUS UX51VZ; don’t expect the ability to max out graphics at playable frame rates, but medium to high detail at 1080p should be possible in many titles.

Moving on to the other areas, we get a few somewhat odd decisions. I’m guessing the RAM will be soldered onto the motherboard again, and the UX301 comes with either 4GB or 8GB while the UX302 will only be available in a 4GB form (possibly via an upgradable SO-DIMM). Storage on the UX301 will be pure SSD, up to 512GB RAID 0; on the UX302, we’ll get up to a 750GB HDD with a 16GB SSD cache. WiFi for both laptops is 802.11ac with Bluetooth 4.0, with two USB 3.0 ports on the UX301 and three USB 3.0 ports on the UX302. Both models also include mini-DisplayPort and micro-HDMI 1.4, with an SD card reader and 3.5mm headphone/mic jack. Interestingly, ASUS doesn’t mention battery life, but the 50Wh battery combined with Haswell should prove suitable to all-day (light) computing. 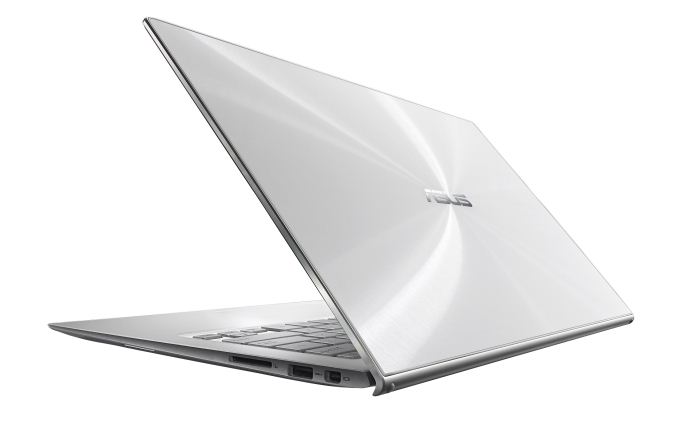 Besides all of the core components, ASUS did make some changes in the industrial design this round. The UX301 and UX302 have the same metallic “spun” metal on the cover, a trademark of the Zenbook line, but there’s now a layer of Corning Gorilla Glass 3 on top to provide increased resistance to scratching and other wear and tear. ASUS notes that “Gorilla Glass 3 has three times the scratch resistance of Gorilla Glass 2 and offers a 40% reduction in the number of highly visible scratches, with a 40% improvement in retained strength if a deep scratch does occur”, though I’m not sure how the high-gloss finish will handle fingerprints. Nevertheless, the new Ultrabooks look quite nice, and the “Moonstone White” and “Sapphire Blue” colors are a nice break from the black and silver that I’ve frankly seen too much of in recent years.

The new ASUS Ultrabooks should be shipping sometime in the next month or two, though pricing and availability are not yet finalized. I’m personally looking forward to both models, preferably with the i7-4558U in the UX301 with the WQHD display, but the UX302 is definitely worth a look as well. They’ll probably be in the $1000+ price range again, with fully loaded configurations hitting $1500 or more, but quality has a price.