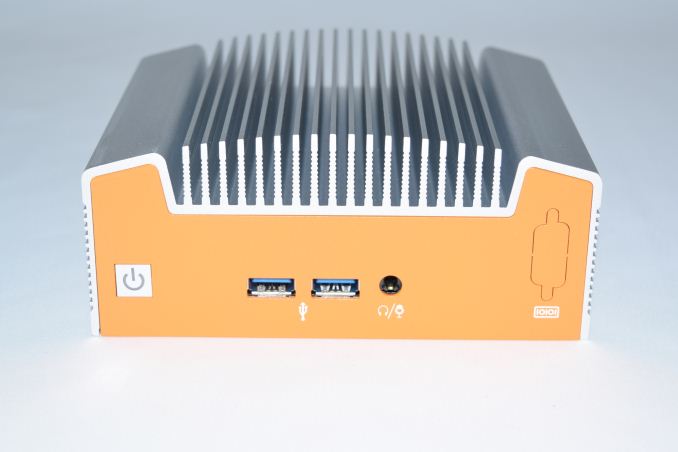 Passively cooled computing systems carry many advantages. Most of these turn out to be very important for industrial and embedded applications. The low power nature of the Intel NUCs make them the ideal candidate for passive industrial computing platforms. We have already reviewed a number of industrial PCs from vendors such as Aleutia, Habey USA and Logic Supply. Logic Supply was one of the first vendors to come out with an off-the-shelf passively cooled NUC. We reviewed their Haswell NUC last year and came away impressed. Today, we have their recently launched ML100G-30 passively cooled Broadwell vPro PC in for review.

The full specifications of our Logic Supply ML100G-30 review configuration are summarized in the table below.

The Logic Supply ML100G-30 kit doesn't come with any pre-installed OS. The drivers and supporting software are available on their product support page. In addition to the main unit, the other components of the package include a 65 W (19V @ 3.42A) adapter, a US power cord, two 2.4 GHz / 5 GHz antennae for the Wi-Fi feature, adhesive rubber feet for the unit's base and a cable management tie along with some screws (probably for the wall mount / VESA mount - which is supported, but not included in our review package) 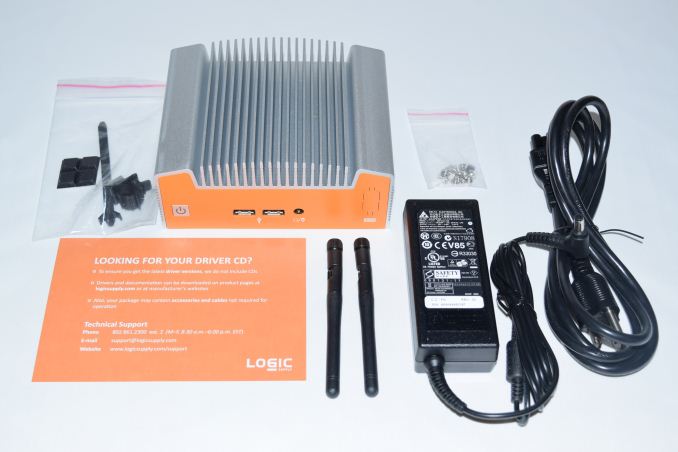 The gallery below takes us around the hardware in the unit.

In the table below, we have an overview of the various systems that we are comparing the Logic Supply ML100G-30 against. Note that they may not belong to the same market segment. Of particular interest are the Logic Supply Core ML320 and the Zotac ZBOX CI540 - both of them are passively cooled U-series UCFF PCs. The relevant configuration details of the machines are provided so that readers have an understanding of why some benchmark numbers are skewed for or against the Logic Supply ML100G-30 when we come to those sections.