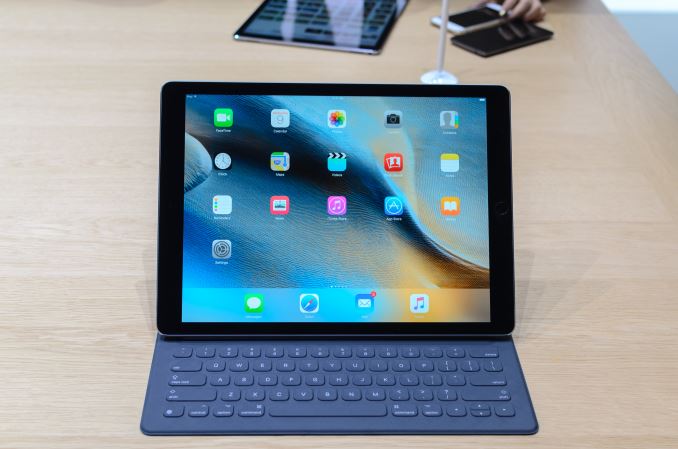 For the past week, I’ve been working on a review of the iPad Pro. For better or worse it has been a very quick week and I’ve been working on the review right up to the embargo time. Rather than rushing out our review of Apple's first large-format tablet in an incomplete state, I'm going to hold it back so that we can get it right and produce the kind of high-quality article that we're known for.

Instead for today's embargo I want to take a more personal look at one segment of the iPad Pro's new features as a preview of things to come. The iPad Pro is a tablet of several firsts for Apple - their first large-format tablet, their first tablet with Apple's A9X SoC, and their first tablet clearly geared towards productivity as opposed to content consumption - and as a result one area that’s worth discussing in depth is whether or not the iPad Pro is useful to people that might not have wanted or needed an iPad before. With the iPad Air 2, for example, I felt quite strongly that while in some ways the larger display than a phablet or a mini tablet was useful, it was difficult for me to justify the cost of the tablet due to the lack of some productivity-focused tools.

Probably the simplest example of productivity use for someone like me is taking notes in class. While you can use a Bluetooth keyboard or a capacitive stylus with tablets like the iPad Air 2, they’re both notably flawed. Typing on a Bluetooth keyboard is often difficult when the keyboard on most of these tablets is usually too cramped/small, so relative to a normal laptop the iPad Air 2 would be at a disadvantage. Using a traditional passive capacitive stylus is also not particularly helpful because the tip is often extremely wide and makes it difficult to write with any precision. There’s also no real palm rejection with passive capacitive styluses, so the experience is pretty frustrating. 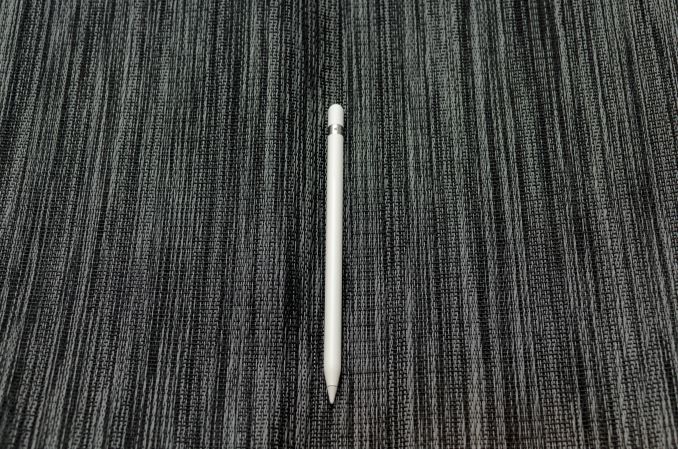 At the end of the day, with the iPad Air 2 and most tablets in general I found that trying to take notes with a tablet, whether with a keyboard, stylus, or both was slower than just taking out a sheet of paper and a pencil. Given the amount of coverage on the Apple Pencil and iPad Pro, I wanted to see for myself whether the iPad Pro would be able to replace pencil and paper for notetaking speed. To do this, I took the iPad Pro to class and simply relied on the built-in Notes application to try and see how well I could follow along in lectures and discussions. While some classes are such that words are sufficient to capture what is being said, with math and a lot of engineering classes I’ve found that a traditional QWERTY keyboard is just too slow to keep up at times when equations with Greek symbols and other notation that requires ALT key codes that are basically impossible to remember and quickly type out. The other problem is drawing diagrams, graphs, or anything that is otherwise extremely difficult to recreate solely with a text editor. 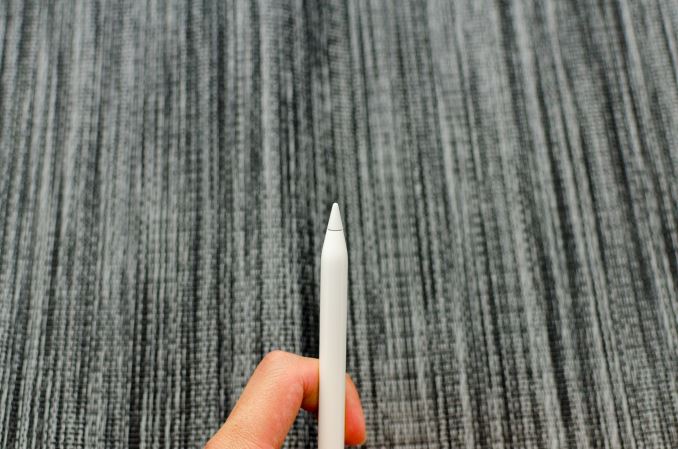 As a result, when taking notes on a tablet it's in my experience that it’s necessary to have a good stylus to be able to write out these various symbols, especially when writing quickly. This includes elements like well-tuned palm rejection, low inking latency, good pressure sensitivity, and good pressure to line width mapping. It’s also necessary to have high precision, such that the inking is exactly where the tip contacts the display, which can be difficult especially when using the stylus at an extreme angle. It’s also necessary for the stylus to be comfortable like a good pen or mechanical pencil for it to be something that is familiar and easy to learn rather than something that carries a significant learning curve. Something as simple as the way the tip interfaces with the glass of the display can really make the experience painful. If the tip is excessively sticky, slick, or soft it might be hard for a person to be as accurate and precise with a stylus when compared to more traditional writing instruments. 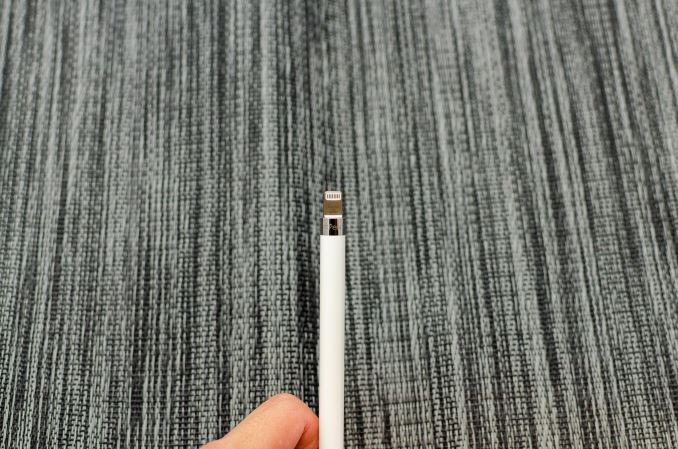 With this in mind, when I first picked up the Apple Pencil I noticed that the ergonomics and weight of it are within reason and comparable to a traditional pencil or pen. The one issue here that I continue to notice is that the glossy plastic has a tendency to feel a bit gross after a while as oil from the skin and dust can combine to form a sort of grime that tends to feel disconcerting when touched.

Pairing the stylus is accomplished by plugging it into the iPad Pro that the Apple Pencil will be used with. The Pencil seems to need Bluetooth, and turning it off on the tablet renders the stylus nonfunctional until Bluetooth is enabled again. If the stylus is unable to pair with the tablet for a period of time, it seems that re-pairing is necessary by plugging the Apple Pencil into the tablet again but initial setup is relatively painless, although ideally there shouldn’t need to be any re-pairng process. 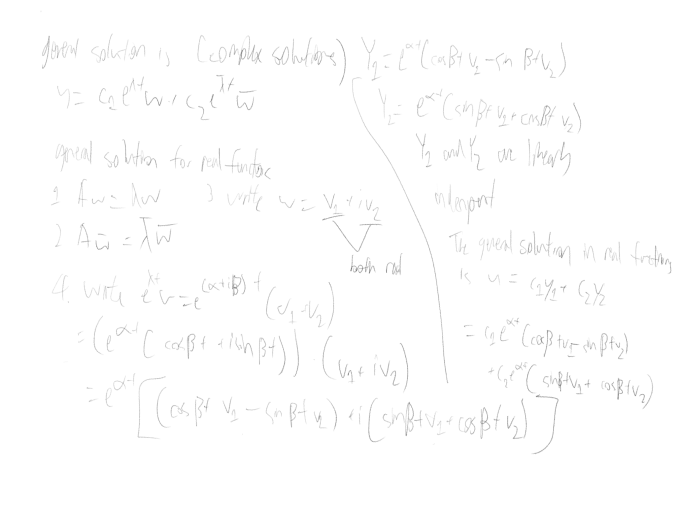 As the iPad Pro is still relatively new, most applications don’t really support Apple Pencil extensively. As a result, I conducted this test solely using the pre-installed Notes application, which is relatively simple with only support for text input and inking with the Apple Pencil. The drawings that are created with the stylus appear to just be images to the end user, which can be re-arranged and edited at will.

In order to go through a discussion section, it is often the case that rather than another lecture rehashing concepts covered in previous lectures the instructor will give a problem set that is worked through over the course of the discussion, in the hopes that doing problems will help with learning. As it is often logistically difficult for an instructor to print out 30-50 copies of these problem sets, problem sets are often posted online as a PDF. With the iPad Pro, I found that there was no real need to print out these problem sets, as using the multitasking function to keep a PDF and the Notes app open simultaneously is genuinely useful and productive. Of course, this isn’t going to be unique to the iPad Pro or even iOS, but at this screen size this multitasking capability is useful when compared to something closer to a phablet in size. 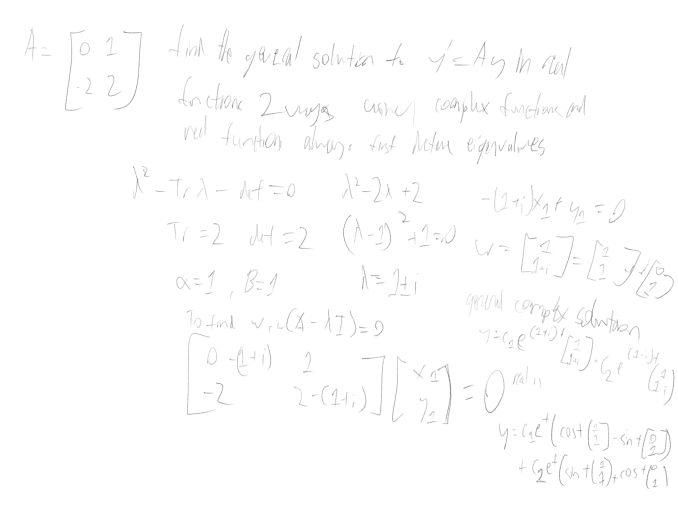 Of course, these are all just tertiary aspects compared to actually taking notes and solving problems. In this regard, I think the Apple Pencil is surprisingly good. The first thing that I noticed here was that the friction of the tip against the display doesn’t feel like it’s off or wrong in some way. It’s really hard to say exactly what parameters lead to this feeling, but the rigid matte plastic tip has some kinetic friction to help with controlling movement fluently and also low static friction which means that the initial stroke is easier to control than some styluses that I’ve tried with soft, rubbery tips that tend to drag quite a bit.

The actual latency of the stylus is pretty much at the point where I can’t really notice it. I would say that the lagging distance between the tip and inking when moving a sufficiently fast pace is probably less than 5 mm at max, which is enough that I don’t really worry about latency even when I’m writing as quickly as possible to keep up with a fast-paced lecture. The pressure sensitivity is also surprisingly good, as something I’ve noticed with at least a number of stylus implementations is that very light touches are often ignored, and in order to see a proper difference in pressure levels it often seems that it’s necessary to apply significant pressure that is often in excess of what an actual writing utensil would take before damaging paper or something else. Precision is also incredibly good. Out of casual interest, I took a ruler and attempted to slowly draw straight lines in various angles to see if any wobble would occur. Regardless of pen orientation, lines remained straight as long as the tip didn’t vary its distance to the ruler. 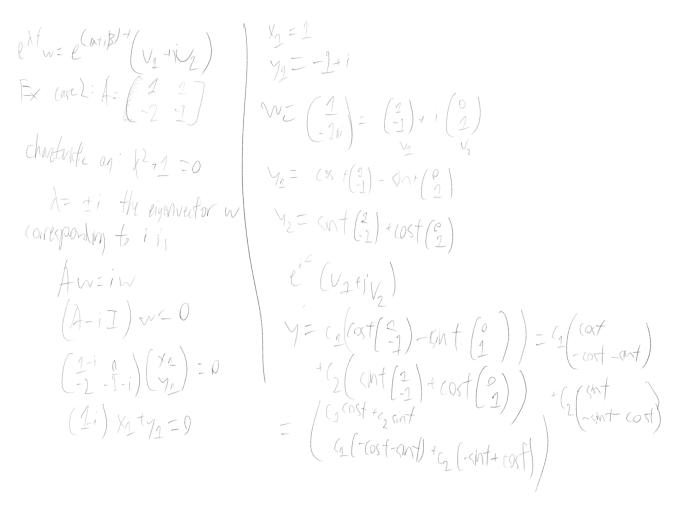 The other aspect that I think really helps with proper use of the stylus is actually the sheer size of the display. With paper and pencil, the paper is always at the same height as where the hand rests, so writing is natural and relatively easy. Smaller devices are generally more difficult to accurately use the stylus with as a result, as the hand is usually resting on a desk so the phone is elevated relative to the hand or the writing hand is free-floating. I didn’t really think about this, but this is an ergonomic issue as well that I didn’t have with the iPad Pro, as my hand was usually resting directly on the display rather than being off to the side of the device.

The final aspect of the user experience here is software, and in that regard the Notes app is great for what’s implemented, but the features implemented are relatively few. In some ways this is exactly like paper because there’s no real way to transcribe notes taken with the Apple Pencil to a word processing document. However, I think the iPad Pro is probably the only device I’ve ever tried that comes close to actually achieving the same feel as pencil in paper. Obviously, there’s much more to this tablet than just how the stylus behaves, but so far the Apple Pencil is a seriously impressive stylus. Whether this is comparable or better than competitors like the Surface Pro is something I'm going to hold off on discussing until the full review - that alone can be quite the discussion - but so far I’ve found the iPad Pro to be a great tablet.