When picking out the feature set for a $120 Z170 motherboard, there isn’t going to be much on the list beyond the standard Intel specifications. There are things that can be done fairly cheaply, such as M.2 support, although M.2 SATA is easier than M.2 PCIe. At this price point, it might also be a cost down measure, skimming a few cents here and there on the codec or network controller, but we don’t get that here.

There’s a single USB 3.1 Type-C port, which is more than I would expect, along with support for SLI and a full complement of DDR4 slots. There are only four USB Type-A ports on the rear which might be a little lower than I would like, and there’s no power/reset switches and a two-digit debug that I would want as well, but there are PCIe guards (MSI’s ‘Steel Armor’) on the main slots, a Realtek ALC1150 codec enhanced by PCB separation and filter caps, and an Intel I219-V network controller. Perhaps it’s a bit of give and take, but the 10-phase power delivery is also a factor in this. 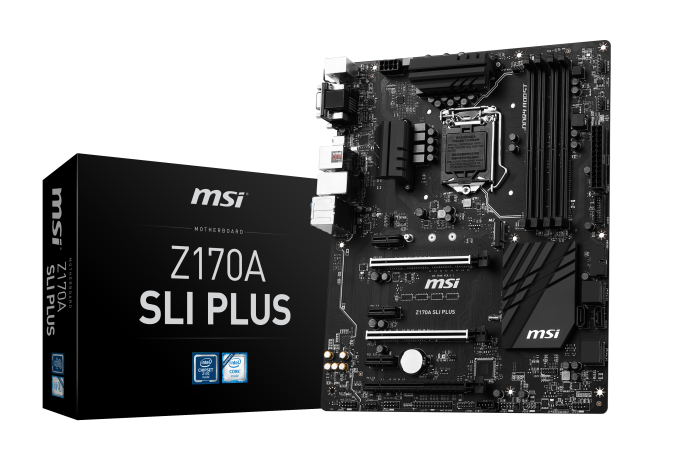 As one might expect in a low-cost box, normally the minimum is added to satisfy most users. I somehow suspected there might only be two SATA cables, but MSI adds in another couple here, giving four in total.