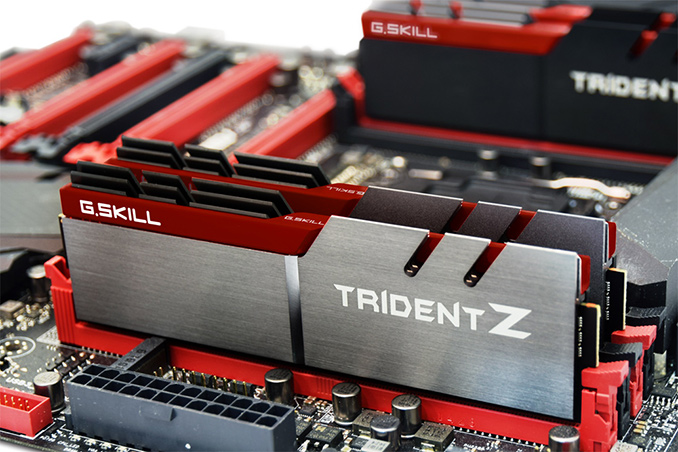 Slow sales in the first half of 2016 have negatively affected suppliers of virtually all of PCs, tablets and smartphone components. Producers of DRAM typically suffer more than others when it comes to pricing, since computer memory is considered a commodity and its quotes mostly depend on supply and demand rather than on technology advantages. Since early 2016, prices of DDR3 and DDR4 chips have declined by over 20%, according to DRAMeXchange (a division of TrendForce that tracks DRAM market). Despite the fact that it is slightly costlier to produce DDR4 memory because of slightly larger die sizes, at times the physical DDR4 modules can actually be cheaper than DDR3 ones. Since producers like Micron, Samsung and SK Hynix are not happy with the current situation on the market, observers have reported that the big three intend to implement a plan to control supply.

DDR3 Vs. DDR4: Crossover Is Nearing 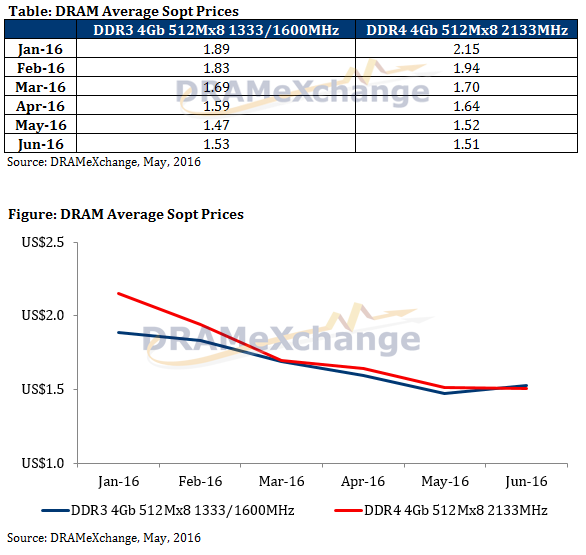 Right now, the spot price of 4 Gb DDR4 memory chips is a little higher than the price of 4 Gb DDR3 DRAM ICs. The gap is only around three cents, but still volatile and we would not make any definitive conclusions at this point as to the reasons why. Back in June, DDR4 chips were cheaper than DDR3 ICs (in fact, they were slightly cheaper than DDR3 chips throughout the whole month) and we observed a similar situation in March, but eventually DDR4 regained its price advantage over its predecessor because the demand for such type of DRAM has grown as Intel is ramping up its DDR4-supporting platforms. It is unclear whether leading DRAM IC producers are now deliberately making more DDR4 chips, such that the supply of such memory exceeds demand. If this is the case, then we are observing the inevitable DDR3/DDR4 price crossover point. If this is not, then, DDR4 will regain its price premium over DDR3 in the coming weeks because more systems are adopting the newer type of memory.

It is noteworthy that starting from early June prices of DDR3 and DDR4 memory have been slowly increasing. Market observers believe that this is happening because DRAM makers are switching to production of server-class and LPDDR memory, reducing supply of commodity DRAMs ahead of the back-to-school season. Nonetheless, it should be observed that in the last couple of years nothing could stop memory prices from coming down. At various times it looked like they had stabilized or even increased, but in the end, they just continued their slump. 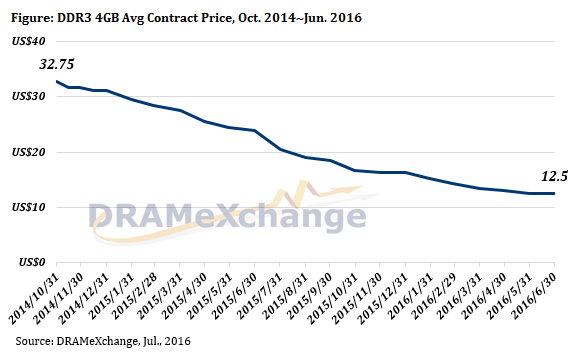 Now, let’s take a look what is going on in the U.S. retail.