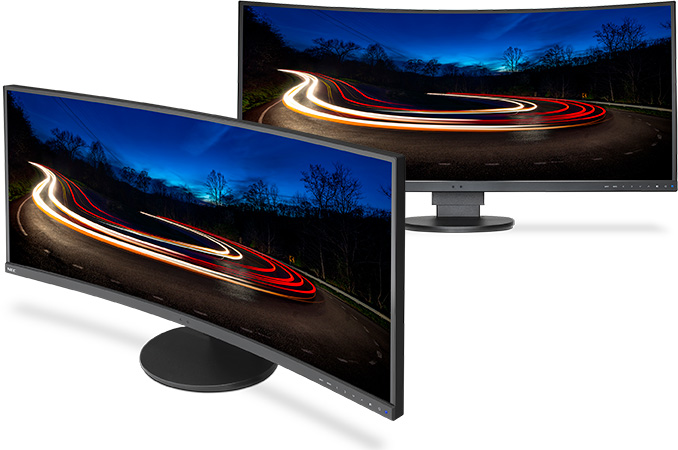 This week NEC has announced its first curved ultrawide display, the EX341R. NEC is promoting the panel for offices, control rooms, trading rooms, and other applications that typically use multi-monitor configurations but also appreciate color accuracy. The screen has a number of differences when compared to displays for gamers, and the price of the new MultiSync EX341R will be reflected in this.

In the recent years, NEC concentrated on displays for commercial and professional use, whereas its consumer monitor lineup slowly stepped into the background. The majority of curved ultrawide displays nowadays are designed with gamers in mind, which is why manufacturers tend to incorporate very high refresh rates along with dynamic refresh rate technologies and gaming specific features or aesthetics. Nonetheless, ultrawide displays may make sense to replace those used to multi-monitor environments, and this is a reason why Dell introduced its business-oriented curved ultrawide screens last year. NEC now also sees demand for monitors with a 21:9 aspect ratio from its customers, which is why the company announced its new MultiSync EX341R-BK and EX341R-SV-BK products this week. 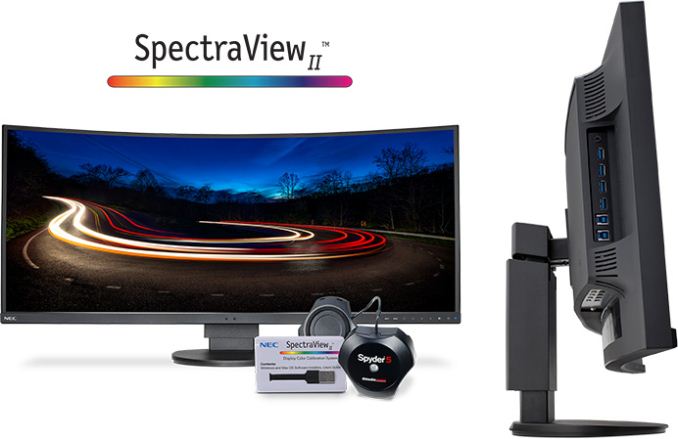 The NEC MultiSync EX341R-series displays are based on SVA panels (presumably made by Samsung) with a 3440×1440 resolution, a 1000:1 contrast ratio, 290 nits brightness, 178°/178° viewing angles, 5 ms response time and a 60 Hz refresh rate. It also targets customers that need various degrees of color accuracy (NEC markets the panels as supporting 99.5% sRGB) and therefore bundles the Spyder5 color calibration sensor and the SpectraView II software with the EX341R-SV-BK monitor.

As for connectivity, the NEC MultiSync EX341R has one DisplayPort 1.2 with MST support as well as two HDMI headers (one 1.4 and one 2.0). The monitor fully supports NEC’s control Sync technology that allows controlling the settings of up to 25 displays in a multi-monitor setup using controls of only one of them. Additionally, the display supports PBP and PiP features when connected to two computers. Finally, it has a quad-port USB 3.0 hub with two USB Type-B upstream ports (to connect to two different PCs).