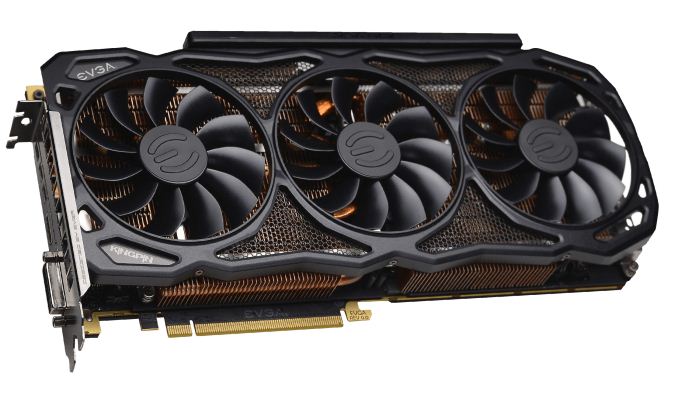 EVGA has once again collaborated with extreme overclocker Vince "K|NGP|N" Lucido to develop the new EVGA GeForce GTX 1080 Ti K|NGP|N Edition. As EVGA’s ultra-high-end overclocking card, EVGA is guaranteeing each card can be overclocked to at least 2025MHz, which means we’re looking at a binned card with a whole heap of modifications and tweaks to allow for squeezing the last few MHz out of the card.

EVGA uses a fully custom PCB designed to withstand the rigors of overclocking. The card features a 15 phase digital VRM system with dual 8-pin power connectors on the right edge for better cable management. You will also find the EVGA Evbot connector next to the power connectors on the rear of the card, an interesting situation as this is a feature that doesn’t show up on too many EVGA products these days. The PCB features nine temperature sensors: three for memory, five for PWM, and one for the GPU. When it comes to display connectivity, there are three Mini DisplayPort 1.4 connectors, one DVI, and a single HDMI 2.0 port all in a row, making it possible to create a single-slot graphics card when used with a water block. 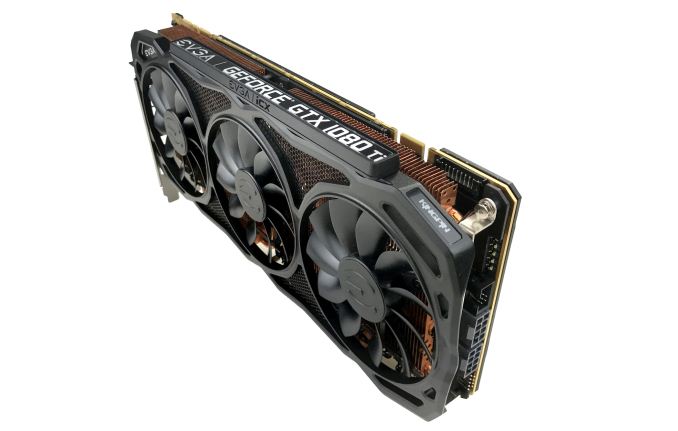 The heatsink shroud has a very similar look to EVGA's FTW3 edition video card. Integrated into the black plastic shroud you’ll find three large dual-ball bearing fans pushing air through interlaced copper-plated fins bonded to six copper heatpipes (three 6mm and three 8mm) that are attached to the copper-plated baseplate. A large metal backplate spans the entire length of the graphics card, adding rigidity and structural strength to prevent it from bending under the weight of the heatsink. The card also has accommodations for LN2 overclocking.

EVGA's Jacob Freeman tweeted a picture from Computex showing the GTX 1080 Ti K|NGP|N Edition running cool as a cucumber at 2404MHz. The company said the card will be available in July. No price has been announced yet.

Steven Lynch Contributed to this Report