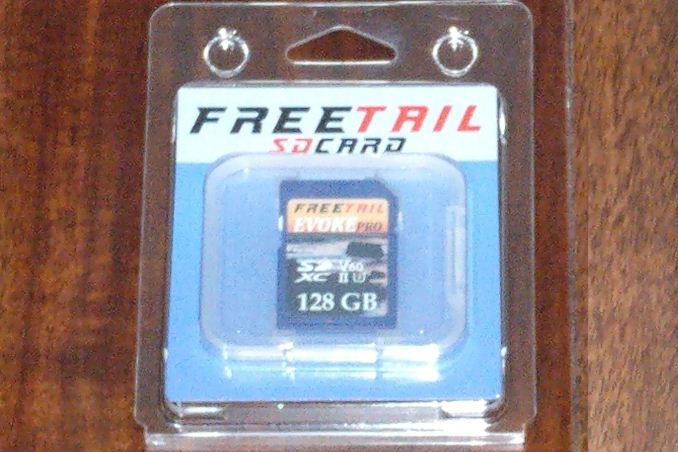 Digital cameras and camcorders employ memory cards (flash-based removable media) for storage of captured content. There are different varieties of memory cards catering to various performance levels. CompactFlash (CF) became popular in the late 90s, but, has now been overtaken by Secure Digital (SD) cards. Many computing systems (PCs as well as smartphones) also support SD cards for augmenting local storage capabilities. We recently started in-depth evaluation of the performance of various memory cards. FreeTail sent over their UHS-II card for inclusion in our performance database.

We looked at some of the CF cards in the EVOKE series from FreeTail Tech back in June. FreeTail also markets various other memory cards under this tag. Today's review looks at the FreeTail EVOKE Pro 1000x SDX UHS-II card.

SD (Secure Digital) cards were introduced in 1999, as an update to the existing MultiMediaCards (MMCs). It gained traction even in areas where CompactFlash had been preferred, thanks to its small size. Its popularity is evident by the fact that it has spawned two follow-ups in the same form factor - starting with the SDSC in 1999 for capacities between 1MB and 2GB, we got SD High Capacity (SDHC) in 2006 (up to 32GB) and SD eXtended Capacity (SDXC) in 2009 (up to 2TB). The cards also come in various sizes - standard, mini, and micro. In addition to the capacity aspect, the performance levels have also gone up. While UHS-I had an upper theoretical limit of around 100 MBps, UHS-II added more pins and increased the theoretical limit to around 312 MBps.

Evaluation of memory cards is done on Windows with the testbed outlined in the table below. The USB 3.1 Type-C port enabled by the Intel Alpine Ridge controller is used for benchmarking purposes on the testbed side. It connects to the Z170 PCH via a PCIe 3.0 x4 link. SD cards utilize the Lexar Professional Workflow SR2 SDHC / SDXC UHS-II USB 3.0 Reader. The reader was placed in the Lexar Professional Workflow HR2 hub and uplinked through its USB 3.0 port with the help of a USB 3.0 Type-A female to Type-C male cable.

FreeTail claims speeds of up to 240 MBps, but real-world speeds are bound to be lower. In fact, writes can sometimes be much slower. That said, a V60 rating is also claimed, indicating that a minimum sustained 60 MBps write rate can be expected. For most applications, these claimed numbers don't really matter as long as the card is capable of sustaining the maximum possible rate at which the camera it is used in dumps data. We use fio workloads to emulate typical camera recording conditions. We run the workload on a fresh card, and also after simulating extended usage. Instantaneous bandwidth numbers are graphed. This gives an idea of performance consistency (whether there is appreciable degradation in performance as the amount of pre-existing data increases and / or the card is subject to wear and tear in terms of amount and type of NAND writes). Further justification and details of the testing parameters are available here. 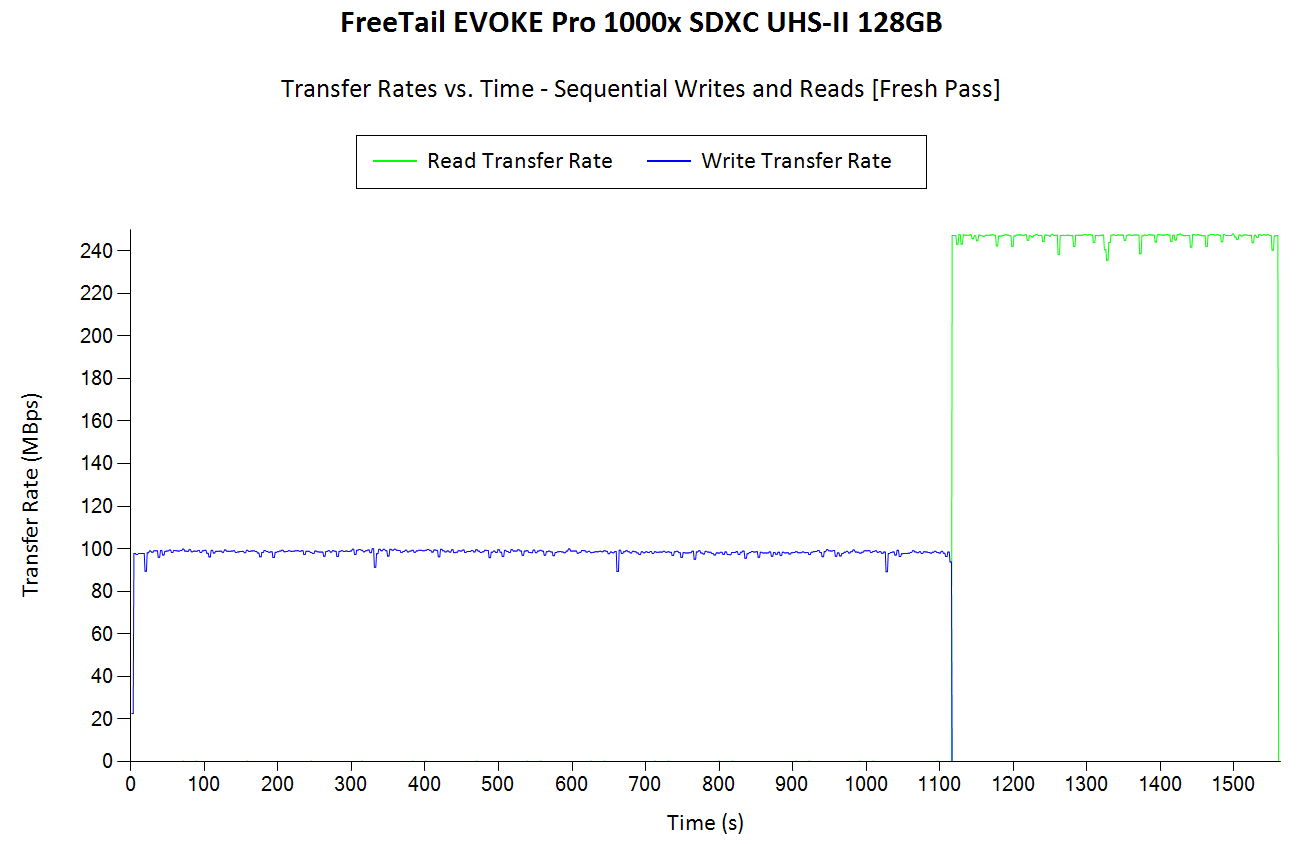 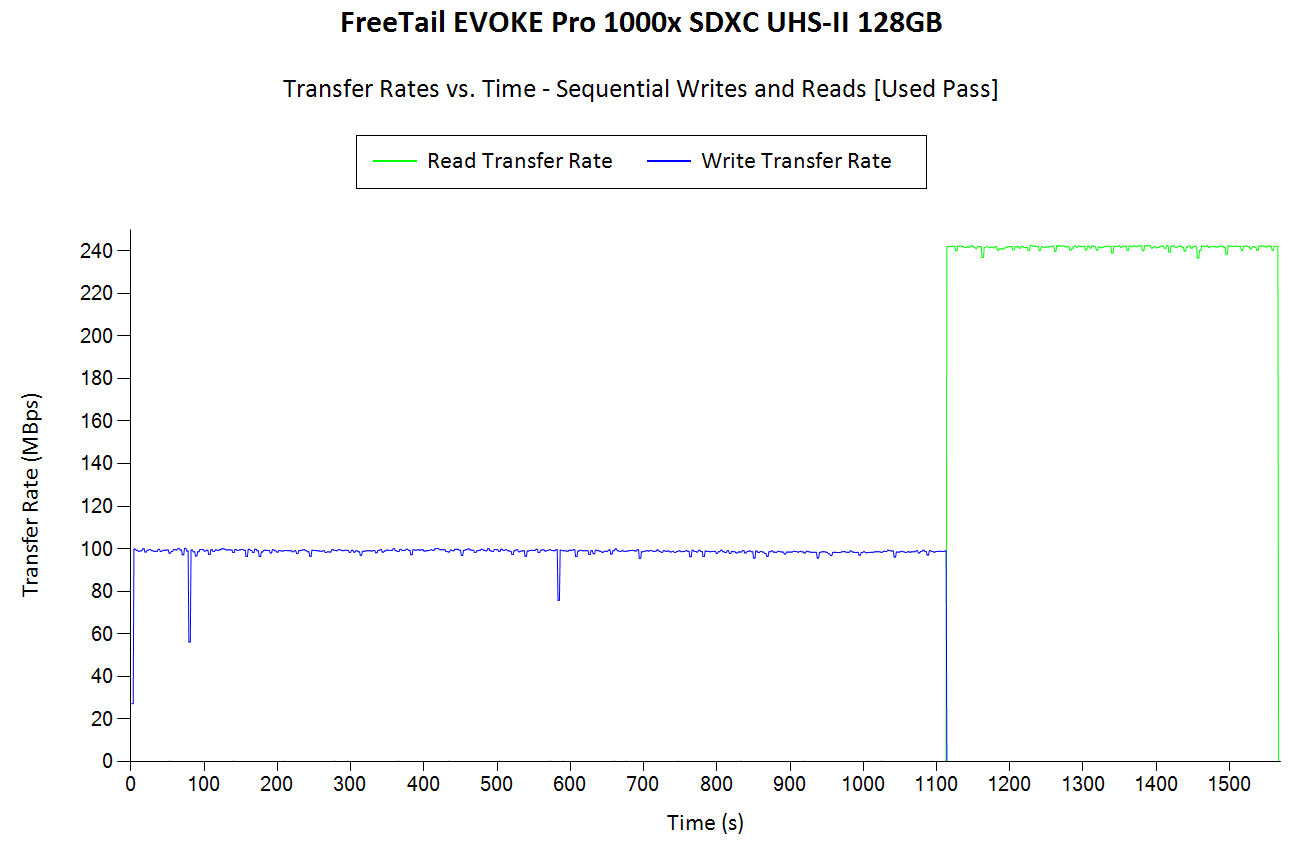 There is not much difference in the actual rate between the fresh and the used passes. In the latter, the writes sometimes dip to around 60 MBps, but, on the whole, the consistency is remarkable when compared to some of the other cards in our performance database. 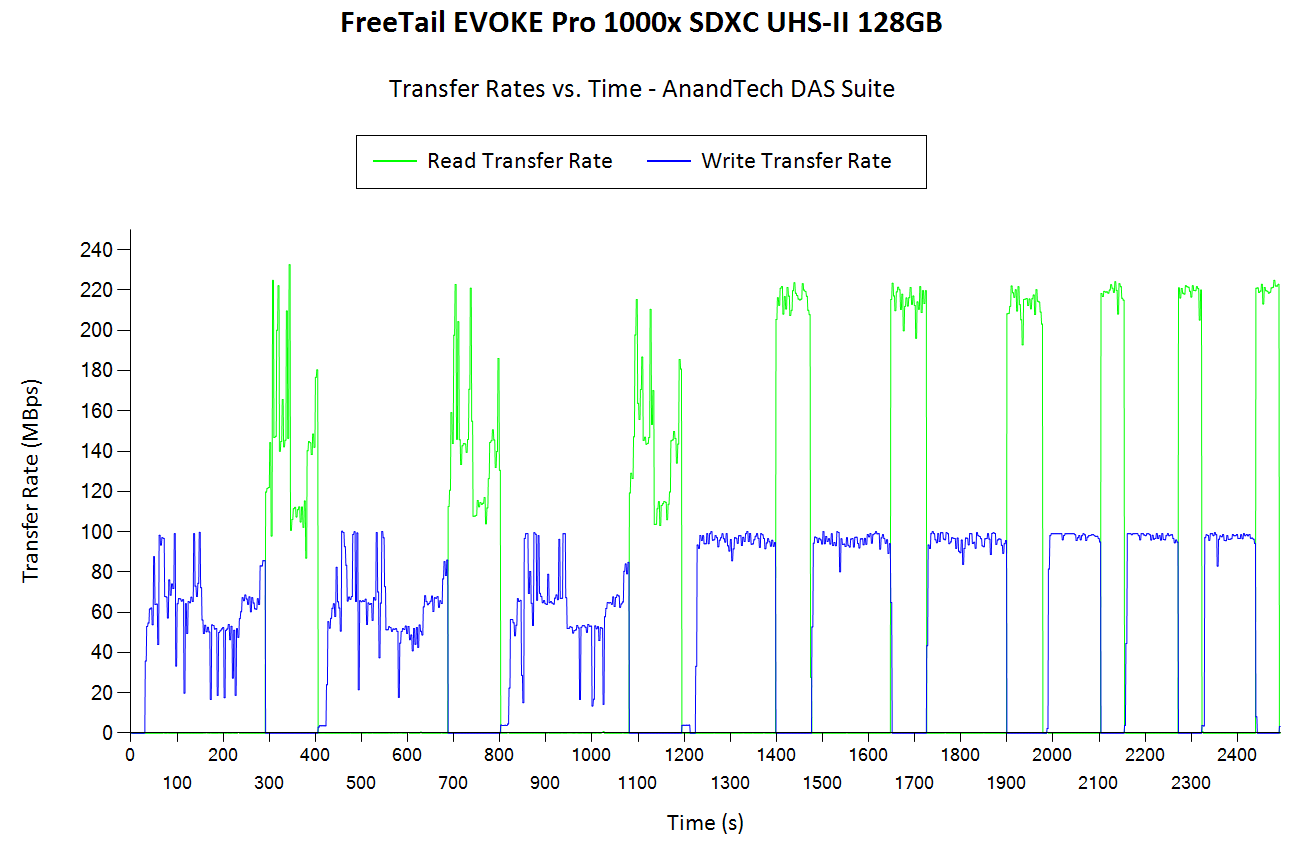 Small files tend to bring down the write rates, but, that is typical of almost all memory cards. The important takeaway here is that there is no consistency issue between two passes for the same data.

The average transfer rates for each workload from the previous section is graphed below. Readers can get a quantitative number to compare the FreeTail EVOKE Pro SDXC UHS-II 128GB SD card against the ones that we have evaluated before. 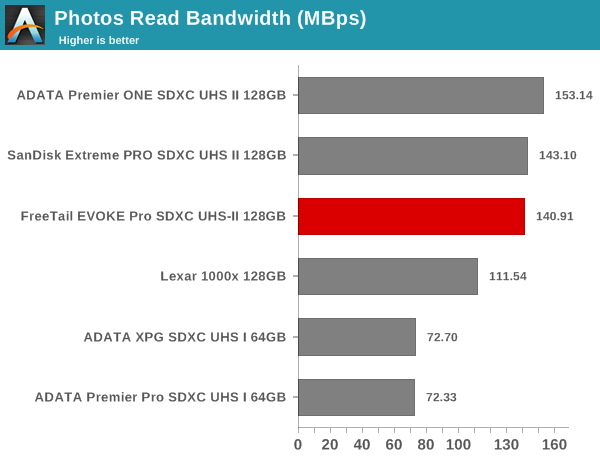 We see that the performance is quite predictable. The FreeTail EVOKE Pro matches the SanDisk Extreme Pro, while letting the ADATA Premier ONE lead the pack in the read workloads. In the write workloads, it comes behind those two, but, comfortably surpasses all the UHS-I cards in our database.

We also look at the PCMark 8 storage bench numbers in the graphs below. Note that the bandwidth number reported in the results don't involve idle time compression. Results might appear low, but that is part of the workload characteristic. Note that the same testbed is being used for all memory cards. Therefore, comparing the numbers for each trace should be possible across different cards. PCMark workloads are sometimes skewed by caching effects, but, in general, we see the trend from the robocopy benchmarks being repeated here. 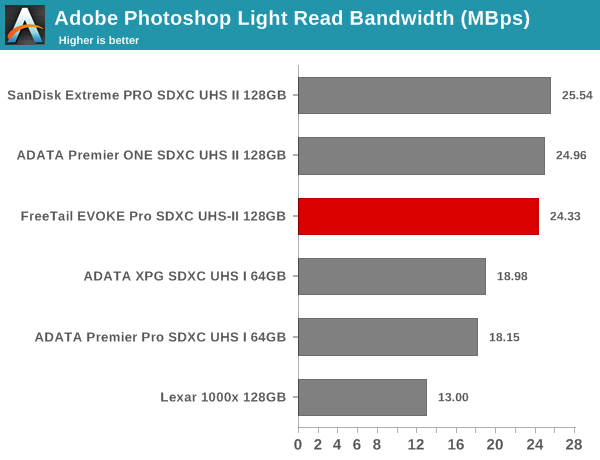 The traditional memory card use-case is to delete the files on it after the import process is completed. Some prefer to format the card either using the PC, or, through the options available in the camera menu. The first option is not a great one, given that flash-based storage devices run into bandwidth issues if garbage collection (processes such as TRIM) is not run regularly. Different memory cards have different ways to bring them to a fresh state.Based on our experience, SD cards have to be formatted using the SD Formatter tool from the SD Association (after all the partitions are removed using the 'clean' command in diskpart).

We do not see much difference between the used and refreshed cases, but, as we noted earlier, the performance loss in the used state is minimal.

The FreeTail EVOKE Pro 1000x SDXC UHS-II card successfully completed our intensive benchmarking routines. It showed great performance consistency, but, only emerged as an average performer with respect to the raw benchmark numbers. In addition to raw performance and consistency, pricing is also an important aspect. This is particularly important in the casual user and semi-professional markets, where the value for money metric often trumps benchmark numbers. 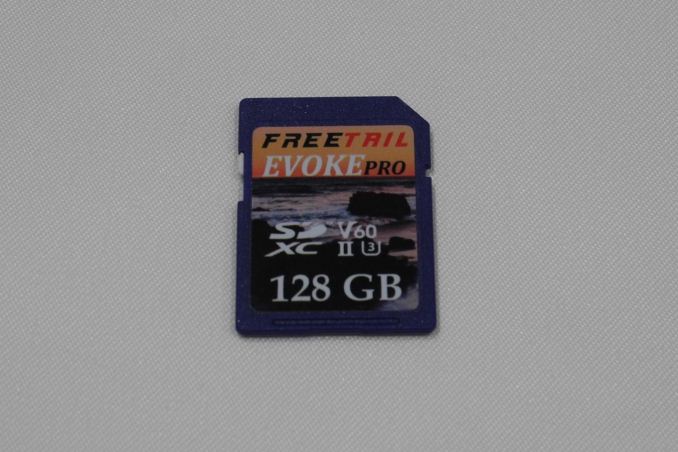 The table below presents the relevant data for the FreeTail EVOKE Pro SDXC UHS-II 128GB SD card and other similar ones that we have evaluated before. The cards are ordered by the $/GB metric.