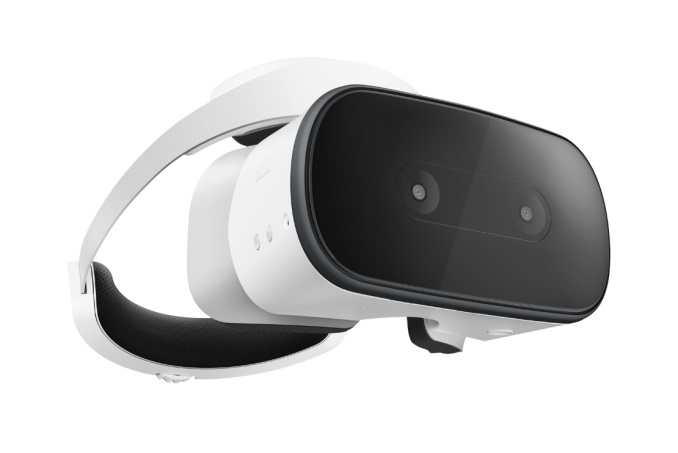 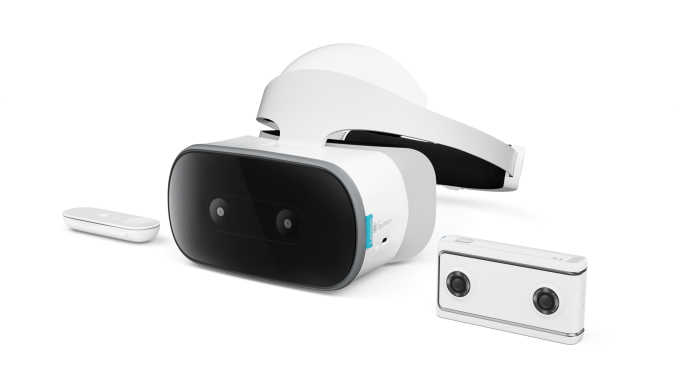 Lenovo’s standalone Daydream headset is called the Mirage Solo. It features a Qualcomm Snapdragon 835 VR SoC and 4GB of memory. The device also includes 64GB of internal storage and a memory card slot that supports MicroSDTM cards up to 256GB for additional storage. The headset also includes a 5.5" 2560 x 1440 75Hz LCD and two Fresnel-Aspheric lenses that provide up to a 110-degree field of view. The whole unit is powered by a 4,000 mAh Li-ion Polymer battery, which Lenovo said provides up to seven hours of use.

The Mirage Solo also includes WorldSense inside-out tracking, which is derived from sensors and cameras developed for Google’s Tango project to provide 6 degrees of freedom (6DoF). Google still hasn’t gone into much detail about the WorldSense tracking technology, but Lenovo did mention the system can keep track of your surroundings up to 1.5m away from you. The Mirage Solo also includes a Daydream motion controller for more immersive VR interactions. 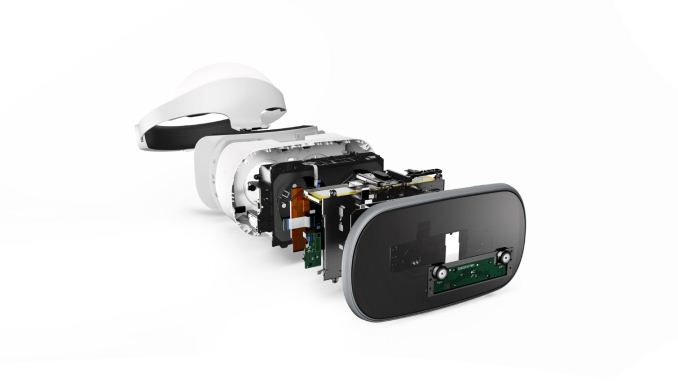 Lenovo said that it prioritized comfort when designing the Mirage Solo headset. It is somewhat large but features an adjustable head strap that should fit nearly any head. It also includes quick release adjustment points to make it easy to remove the headset when you’re done with it. The head strap is also lined with soft, breathable, contoured fabric. Additionally, Lenovo also balanced the weight of the headset to reduce the potential for neck strain.

The Mirage Solo is compatible with the entire library of VR content that already exists on the Daydream platform. Any game that you can play with a Daydream View headset will work on the new headset. This enables developers to create more advanced experiences that take advantage of the WorldSense tracking system. Lenovo isn’t showing that content yet, but the company said it would have more to say about WorldSense-enabled software closer to the headset’s release.

Lenovo isn’t quite ready to bring the Mirage Solo to market, but the headset isn’t far off. The company said the device would be available in Q2 2018, and the price is quite a bit less than we expected--under $400. Last week, Pico announced the Pico Neo CV, which is another standalone VR headset that features Qualcomm’s Snapdragon 835 VR, that will cost $750. We assumed that Pico’s price would set the tone of the industry, but Lenovo already upset that apple cart.

Kevin Carbotte contributed to this report