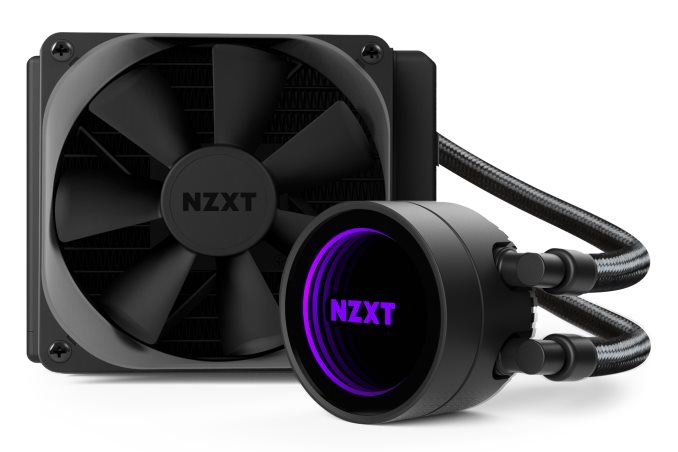 NZXT has announced the expansion of its Kraken all-in-one liquid CPU cooler family with the addition of the X72 and M22 AIOs. The X72 is a 360mm AIO – a first of its size for NZXT, which should offer users better cooling than its smaller 240/280mm X Series brothers. Meanwhile the M Series AIOs are new to the Kraken line and are designed to be more affordable, but still offer many of the features in the X Series such as RGB LEDs and the infinite-mirror effects but at that lower price point.

Before the X72, NZXT’s largest AIO was the Kraken X62 sporting a 280mm radiator. NZXT has now gone a step farther to build a more powerful AIO that's able to cool the higher TDP processors that are out. To that end, the X72 boasts a 360mm radiator, a 50% increase in surface area over the 240mm model, able to better manage the thermals. The X72 also redesigned the pump, saying it is both quieter and offers a greater volumetric flow rate than previous generations (the X42/52/62 used the Asetek Gen 5 pump w/modifications – perhaps it is Gen 6?). Connecting the pump to the radiator is nylon-braided sleeved rubber tubing 400mm(~15.75-inches) long. The X72 does keep the cool looking RGB lighting and infinite-mirror effects on the pump.

As for the M22 AIO, NZXT notes that “One of the biggest requests from our community has been to deliver that same signature look at a lower price point." The M22 is built using the same materials found in the X Series and features the same advanced RGB lighting modes with customizable lighting and cooling control through NZXT’s CAM software – it will also sync with other NZXT Hue accessories. The price point is lower by dropping some of the extra features the X lineup has such as built-in fan control and liquid temperature monitoring. Users are able to utilize the PWM fan headers on the motherboard, NZXT fan controllers such as the Grid+ V3, or the Smart Device included in the H700i, H400i, or H200i cases. The CAM software will provide CPU temperature and pump speed information as well as other system-level data. 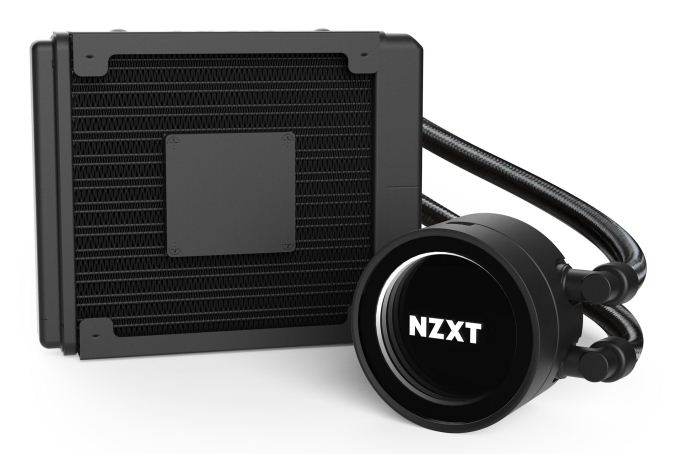 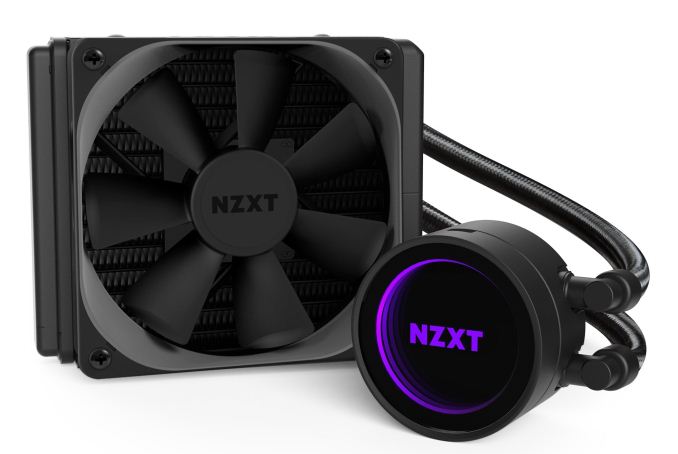 The both the X72 and M22 will use Aer P 120 radiator fans with a chamfered intake and fluid dynamic bearings said to deliver silent operation, durability, and cooling performance. NZXT says the fans are optimized for radiators and have high static pressure to push air through the fins. These fans can also be customized using removable color trims (not included). As far as compatibility goes, there is a long list from Intel and AMD fitting sockets 115x, 2011, 2011-3, and 2066, while AMD support ranges from FM1/2/2+, AM2/2+/3/3+/4 as well as TR4 (Threadripper) sockets. 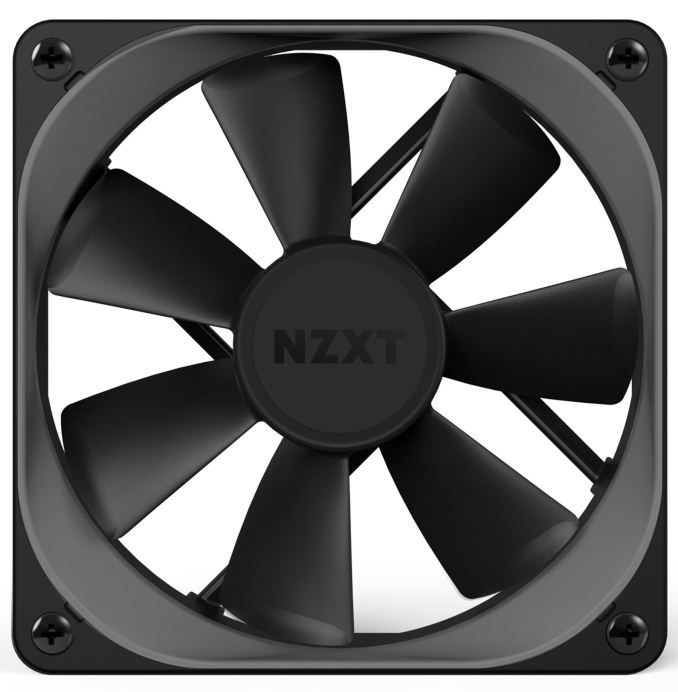