‘Ian, when are we going to see smartphones with RGB?’ is a question I am never asked. The PC space has figuratively jumped in a barrel and fallen over Niagara Falls with its love of RGB and gaming, but the same excitement and thrill has not (yet) made it to the smartphone area. We saw ASUS’ ROG Phone earlier this year with some RGB, and earlier in the year Nubia launched the Red Magic. I got some hands on time at IFA 2018.

The obvious point to address first is the bling. On the rear of the Red Magic is an RGB LED strip, similar to those found in modern PCs, that can respond to how the system is being used. When enabled, it can pulse, rainbow, or respond to music being played on the device.

In order to accommodate this, plus some extra cooling, the rear of the smartphone is rounded, with the red ‘X’ style vents in the corners of the rear to help with cooling. Also on the rear is a camera and a fingerprint sensor. 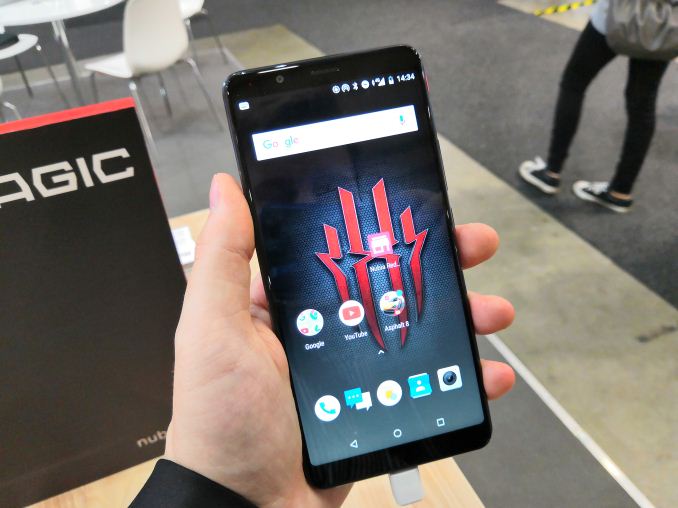 The LED strip reacts when the phone is in ‘GameBoost’ mode. We spoke with an engineer from Nubia while at IFA about this technology, and it does pretty much what you might expect: disables notifications, and allows the smartphone to boost to higher power states. If that sounds similar to a recent issue we covered, Nubia’s offering actually allows the user to select when the phone is in this mode. More than that, there’s a button on the side of the phone which enables the mode. 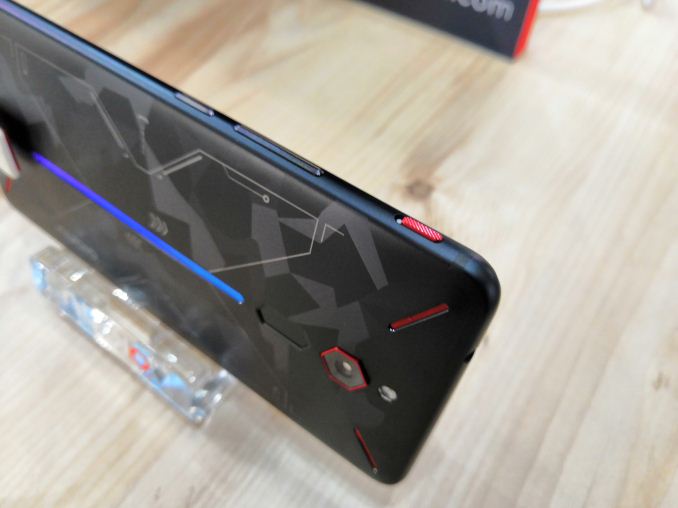 In this case, the ‘boost’ isn’t so much for peak performance but sustained performance. By reducing the effect of the throttling, an intense game (or benchmark) is able to keep its top performance mode for longer.

For a gaming phone, we would expect the best of the best. For whatever reason this means that Nubia went for last generation’s Qualcomm Snapdragon 835 SoC, but paired it up with a 6.01-inch FHD display with 8 GB of DRAM and 128 GB of storage. The battery is also listed as 3800 mAh, which is a sizable amount. 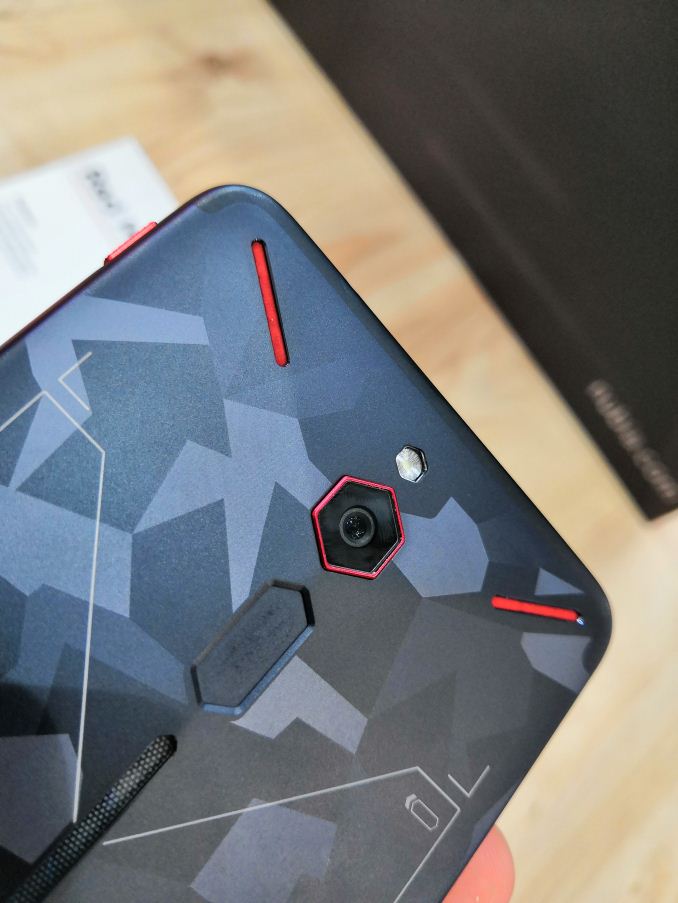 In this picture, it states that the phone has ‘four cooling hi-tech’, by which it means the four vents. It also states it has ‘AI lighting effect’, which is actually just translating the audio being played to sound – a technology present on cold-cathode tubes back in the early 2000s, certainly no artificial intelligence required.

A Gaming Phone: The Problem

Building a custom PC for gaming is straightforward: there are a range of components to choose from in the mid-range and high-end market segments – for both CPUs and GPUs – and customization options are almost limitless. Games are also developed with minimum and recommended specifications, and these can be adjusted.

This can’t happen in the smartphone space. Everyone (except Huawei) uses a high-end SoC from Qualcomm for its flagship, so if a company wants to build a gaming smartphone there is little room to manoeuvre on performance. Because of the large install base of S845 devices in the market running 60 Hz displays, game developers optimize for this scenario – a ‘one-quality fits all’, with no option for devices to turn down the quality. This is more what we see in the console space, because everyone has the same hardware.

There are still areas that gaming phones can focus on: cooling, battery, and audio. Offering sustained performance over long periods of time with an immersive experience can be good additions. However, as we saw with the Razor phone that had all of these plus the 120 Hz display, the ‘phone’ part was a bit of a brick and severely lacked in the camera department. I’m not saying it’s easy to balance the gaming aspect with the phone aspect, as we’ve had very few attempts at a proper gaming smartphone.

Regardless of the specifications, the feel of the device is often a very immediate make-or-break scenario. If it doesn’t feel right when you hold it, it is unlikely to be a device that you purchase. Credit goes to Nubia on this, as due to the extra rounding on the back of the device as well as good chamfering on the edges, the Red Magic felt super comfortable both in single-handed portrait mode and two-handed landscape. There have been several phones of late that I have disliked purely based on feel, even with a multitude of features under the hood.

An extra note about the stencilling on the rear – as a gaming phone, this is a good idea. I really like how Nubia played with the shades of grey, white lines, and red accents. It is a step above the Honor Play, Players Edition, which also has similar accents but is not quite as obvious.

The Nubia Red Magic is already available in certain markets, priced around 400 Euro.