The firmware on the GIGABYTE MW51-HP0 workstation motherboard is very basic, as it uses the Aptio Setup Utility over a more conventional consumer UEFI BIOS. And to be fair, a professional workstation motherboard doesn’t necessarily need an attractive GUI to be functional; still, it means the MW51-HP0's setup utility has an archaic blue edging with blue text on a light grey background. Entering the BIOS can be done so by pressing the Del key and the firmware’s usability is limited to the keyboard, as this firmware doesn’t work with a mouse. 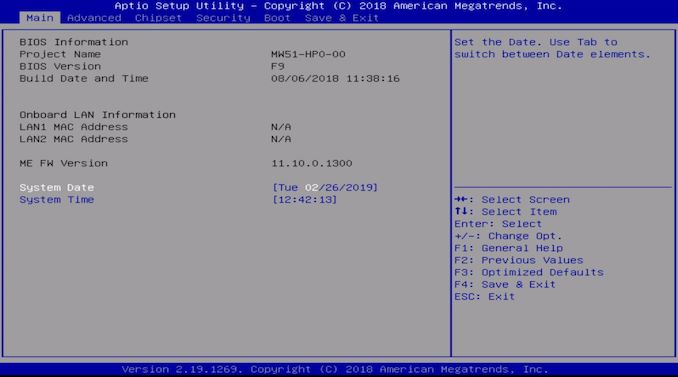 GIGABYTE’s firmware for the MW51-HP0 doesn’t feature an EZ or advanced mode, and instead it's laid out in a very simplistic manner. The initial splash screen lists some basic information, including the motherboard's model number, the firmware version currently installed, and the MAC address of both Intel I210-AT NICs. Users can also adjust the system date and time. On the right-hand side are two panels; an information panel which displays information about the highlighted option and settings, as well as a key index for navigating around the firmware easily. 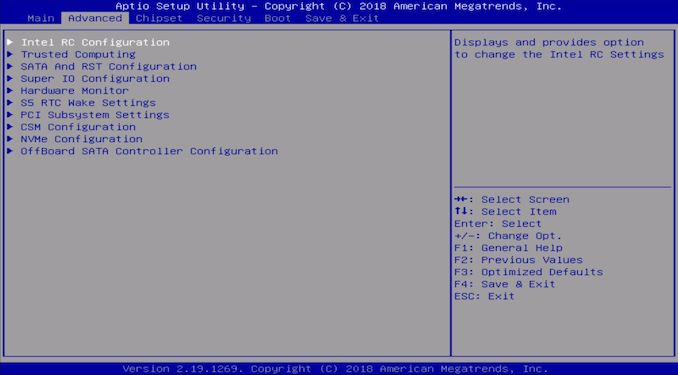 Within the advanced section, users can enable or disable things like integrated controllers, adjust the board's power settings, as well as enabling or disabling Intel’s VMD for hot swapping PCIe based SSDs. Turbo mode can be turned on or off as well, which will control the processor's clock speed boost. And options such as CSM support and LAN EFI driver support can also be enabled. 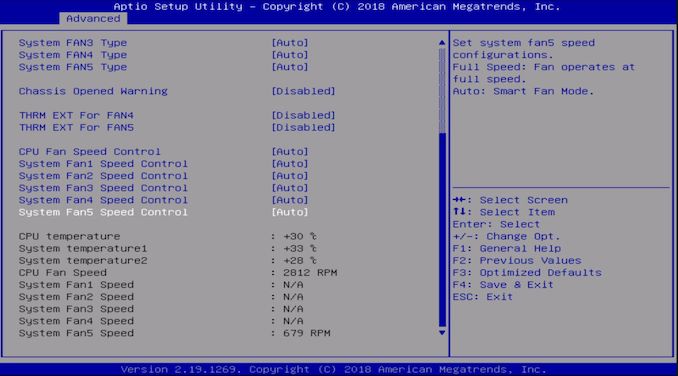 The advanced section also houses the board's fan controls, with additional options for the two external thermistor headers. Users can individually control each header with a basic set of options including full-speed for maximum cooling performance, but at the cost of extra noise. Underneath the fan speed control is a basic hardware monitor which includes fan speed and temperature on different thermal probes around the board.

GIGABYTE’s firmware for its MW51-HP0 is nothing special to look at, but for users opting for a professional grade workstation motherboard aren’t likely to be fazed by the lack of an elaborate GUI. The GIGABYTE MW51-HP0 doesn’t support overclocking and it also doesn’t support UDIMM DDR4 modules; only RDIMM and LRDIMM DDR4 are supported with the Intel Xeon-W workstation processors. So for what it needs to do, the firmware is responsive with a keyboard and works very well.

Unlike its consumer counterparts, GIGABYTE’s professional boards only come with the software essentials. And in the case of the of MW51-HP0, the essentials are almost zilch: other than the necessary drivers, very little software is supplied with the board. The one exception here is software as such is the Realtek HD Audio Manager, which comes with the Realtek ALC1150 codec driver. 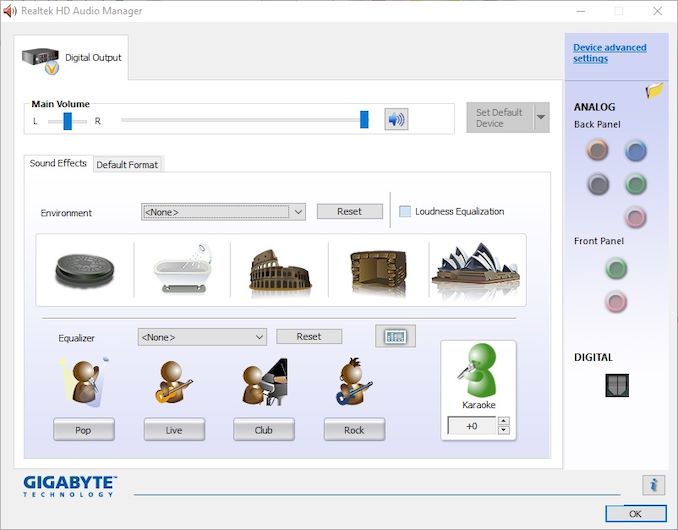 The Realtek HD Audio Manager is a basic utility which allows users to customize the audio settings of the rear panel connections; the five 3.5 mm jacks and S/PDIF optical output. Users can cycle through the equalizer presets based on the type of audio experience including music, gaming and films, as well as create their own custom EQ preset. Features such as loudness equalization can be enabled for a more balanced sound and users can add funky environmental effects too; perfect if users want to simulate music from a cave, padded cell or even a sewer pipe.