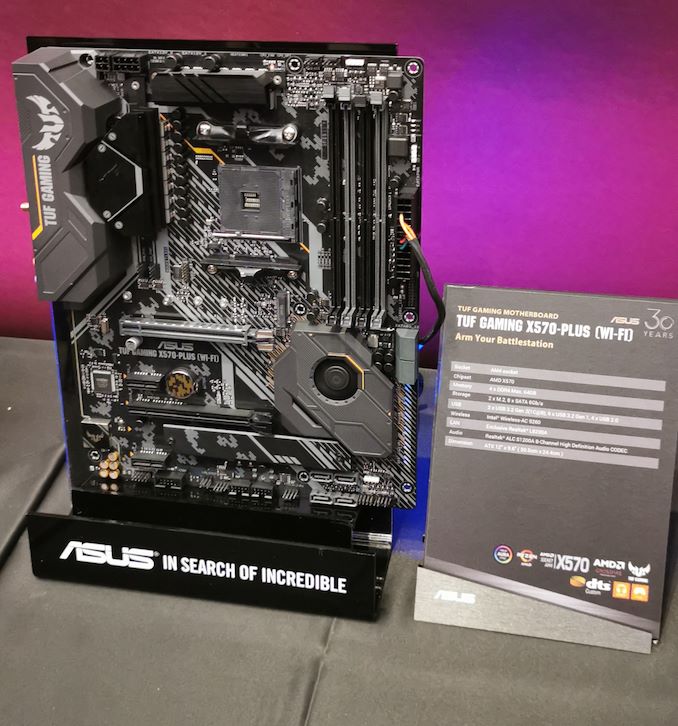 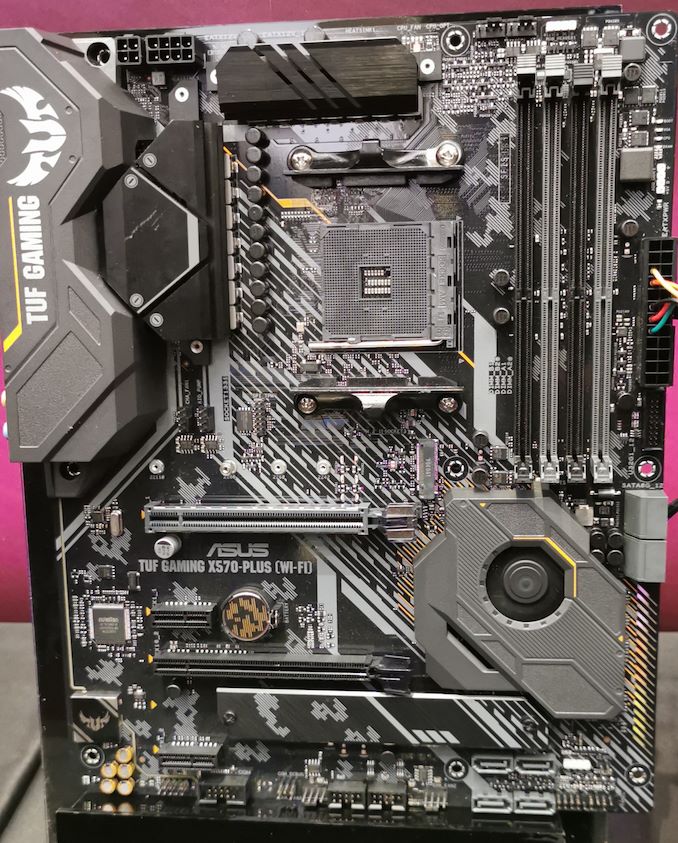 There are four memory slots with support for ECC and non-ECC DDR4 memory with a maximum capacity of up to 128 GB. This is unclear as the spec list given at Computex says 64 GB, but the official ASUS product page states 128 GB, so total capacity supported remains to be seen. The ASUS TUF Gaming X570-Plus pairing also has two full-length PCIe 4.0 slots which run at x16 and x16/x4. On the rear panel, the most interesting connections include an HDMI, and DisplayPort video output, with two USB 3.1 G2 Type-A, and one USB 3.1 G2 Type-C port; also featured are four USB 3.1 G1 Type-A ports. 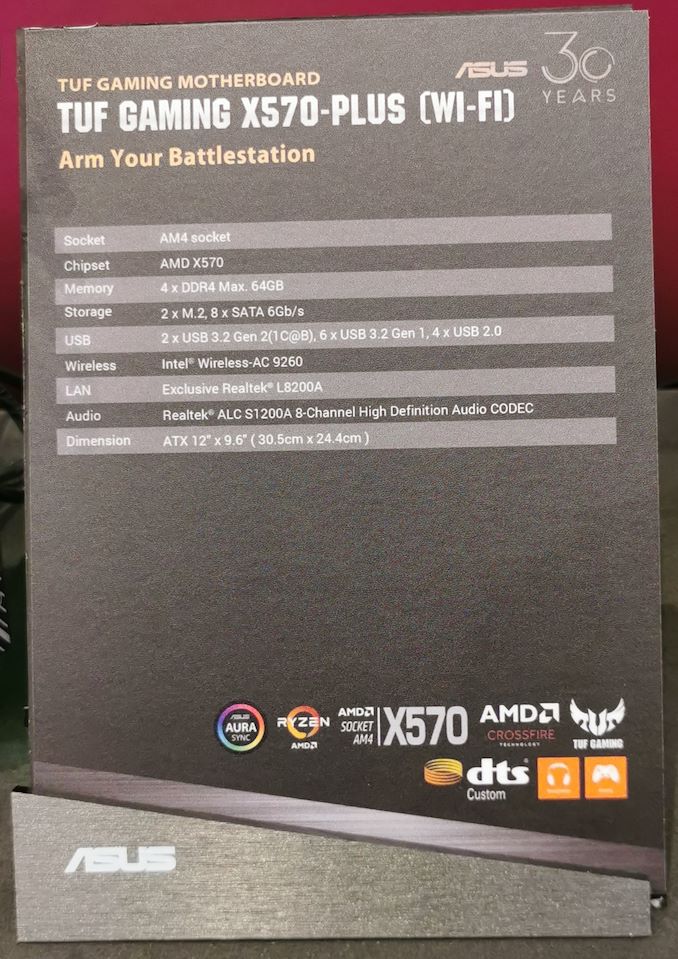 At present, there are no details available in terms of pricing, but both models are expected to be readily available from 7/7 when AMD's Ryzen 3000 processors are set to launch. Judging by the specifications of both the ASUS TUF Gaming X570-Plus and X570-Plus Wi-Fi models, they are expected to sit towards the cheaper end of the ASUS X570 product stack and look to represent an entry-level option for users to the new AMD 7 nm based processors.