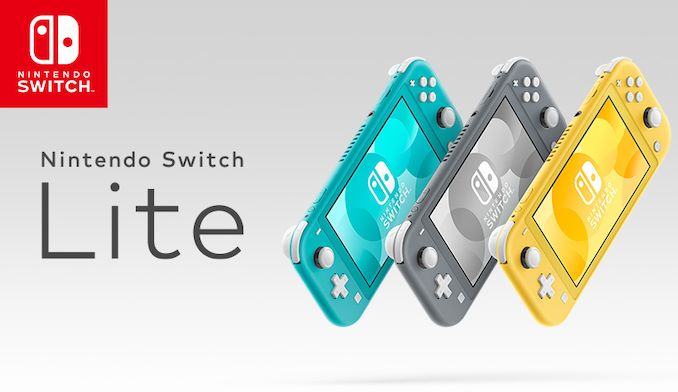 Nintendo has announced a new version of its Switch game console that only works in handheld mode, yet it is considerably more compact, comes at a lower price point, and works for a longer time on one charge. One of the intrigues about the Switch Lite device is that it might be is powered by a new NVIDIA Tegra SoC, presumably made using a more advanced process technology.

The Nintendo Switch Lite comes with a 5.5-inch LCD featuring a 720p resolution and has built-in controllers that have the same layout as Nintendo’s Joy-Con controllers. The console will support local and online multiplayer modes and will allow up to eight people to play at once anywhere with Wi-Fi. When it comes to style, the gaming device will come in grey, yellow, and turquoise to attract gamers with different tastes. As far as availability is concerned, the Switch Lite will ship on September 20 and will cost $199.99 (down from $299.99 in case of the fully-fledged version). 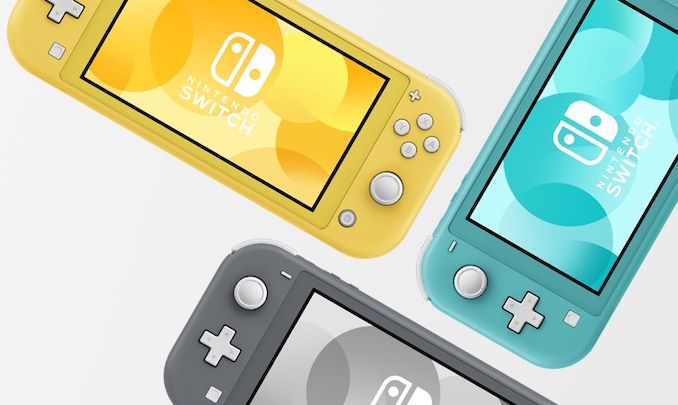 Since the console is designed for games that support Handheld mode, it cannot connect to TV, work in tabletop mode (because it does not have a kickstand), is not compatible with the Switch dock, does not support HD Rumble as well as IR Motion Camera. The said limitations are fully justified for mobile gaming as the new Switch Lite console is considerably more compact, it weighs 122 grams (0.27 pounds) less, and it works for three to seven hours (up from 2.5 – 6.5 hours in case of the original Switch). The more notable battery life comparison is the 3 hour vs 4 hour gameplay estimate given for Zelda's Breath of the Wild, which is a 33% increase over the original Switch, pointing out to larger efficiency boosts of the hardware.

The longer battery life of the Switch Lite, despite its smaller dimensions (and a lower-capacity battery) may indicate that the SoC inside the Switch Lite – which NVIDIA has confirmed they're powering – is based on an updated Tegra design produced on a more advanced fabrication process. The original Tegra X1 chip was manufactured on TSMC's 20nm process node, which was not exactly the best node when it comes to power efficiency. Recently we've seen evidence of a revision of the X1 with notable changes in the operating voltages of the chip, which point out that this very well might be a die shrink. We believe that it's likely that the new chip is manufactured in a 16nm or 12nm process node. 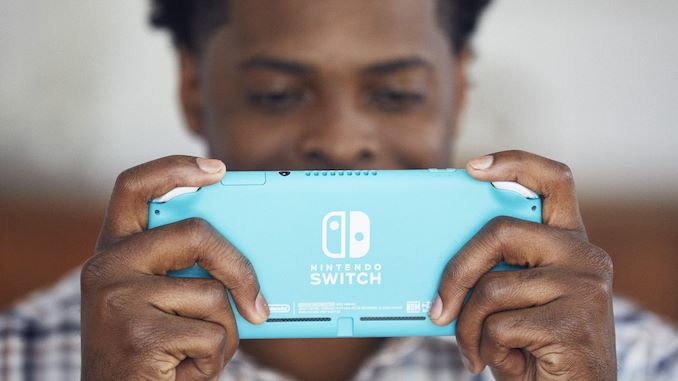 Neither Nintendo nor NVIDIA have confirmed usage of a new Tegra X1 inside the Switch Lite console.

One interesting note is that while Nintendo hasn't detailed the specifications of the new handheld, they have allowed partner NVIDIA to confirm that they're powering it, leading a good deal of further credit to the theory that the console is being powered by a die shrunk descendant of the Tegra X1.

NVIDIA, of course, was a close partner in developing the original Switch. Along with providing the Tegra X1 SoC inside of it, NVIDIA has supplied a good chunk of the graphics software stack, with Nintendo opting to leverage their experience there. Using another NVIDIA SoC was a foregone conclusion for the Switch Lite, given the compatibility needs, but with secretive Nintendo it's rare to get official confirmation so early on.

Meanwhile, as soon as the Japanese gaming giant launches the new product in September, we will find out for sure what is inside after the console gets teared down.