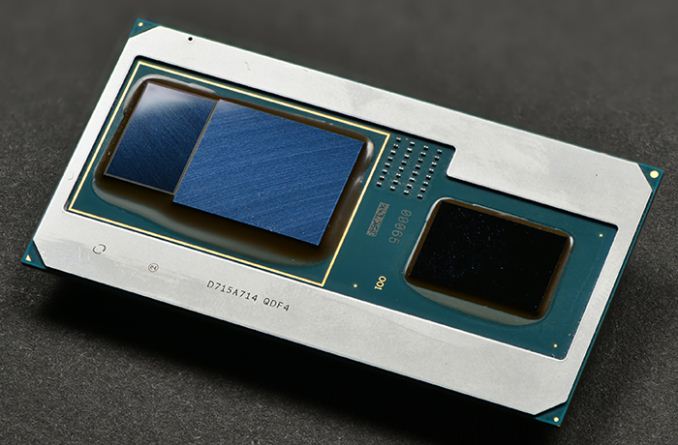 Intel this week initiated its product discontinuance plan for its Kaby Lake-G processors with on-package Radeon RX Vega graphics. The products will be available to order for about the next ten months from now. Considering the fact that very few OEMs actually adopted Intel’s Kaby Lake-G, the impact on PC makers should be minimal. 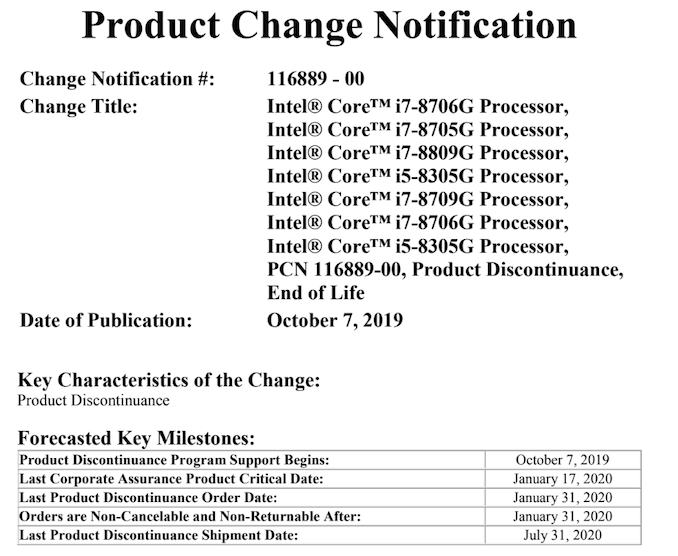 Released in early 2018, the Kaby Lake-G processors with on-package Radeon RX Vega graphics featuring an HBM2 cache were meant to enable relatively compact systems to offer similar performance to a discrete GPU. The TDP of Intel’s Kaby Lake-G CPUs ended up at 65 W or 100 W, which essentially limited their market to 15.6-inch machines that are available from select manufacturers. 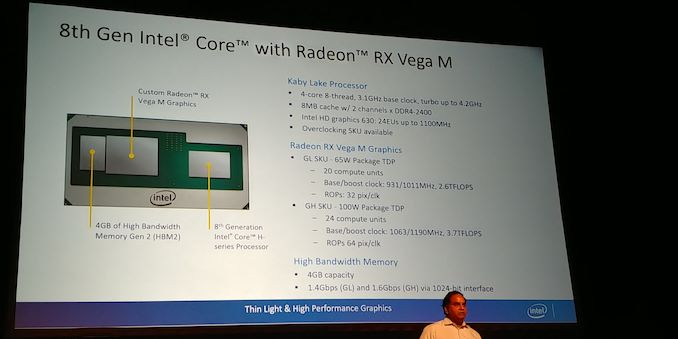 Intel has since released its Ice Lake processors with Iris Plus graphics that radically increases its own native performance when compared to typical integrated GPUs, which somewhat reduces appeal of the Kaby Lake-G CPUs. Furthermore, Intel has renewed focus on its own integrated and discrete graphics plans.