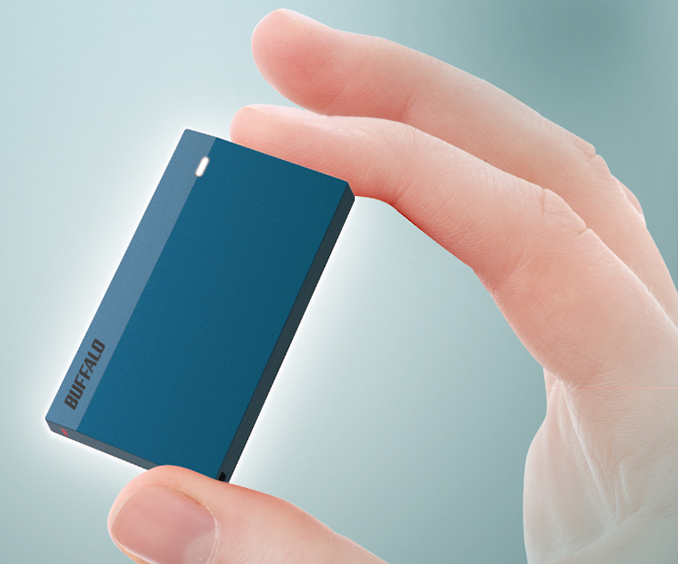 SSDs can survive drops and other kinds of hostile treatment much better than hard drives, but they can still be broken if their PCB or one of the chips gets damaged. For those who want to reduce their risk of losing their data, Buffalo has introduced its new family of SSDs — the SSD-PSMU3 — that is specifically designed to withstand drops. Unlike typical rugged devices, the new drives are rather miniature and more resemble flash drives.

Buffalo’s SSD-PSMU3 series SSDs are designed to endure MIL-STD 810G 516.6 Procedure IV drop test, known as the ‘transit drop’. This means that the device was tested to survived six face drop tests, eight corner drop tests, and 12 edge drop tests from a height of around 1.2 meters, remained in working condition and suffered no physical of internal damage. The drives measure 33×9.5×59.5 mm and weigh 15 grams (dimensions and weight akin to those of a box of PEZ mints), so it should not be particularly hard to make them rugged enough to survive drops from 1.2 meters.

The SSD-PSMU3 drives feature a 120 GB, 250 GB, 480 GB, and 960 GB capacity as well as a USB 3.2 Gen 1 Micro-B interface that connects them to their hosts using a USB Type-A or a USB Type-C cable. Buffalo rates the drives for about 430 MB/s throughput, but considering the interface used, we are probably looking at something near ~400 MB/s due to overhead incurred by 8b/10b encoding. 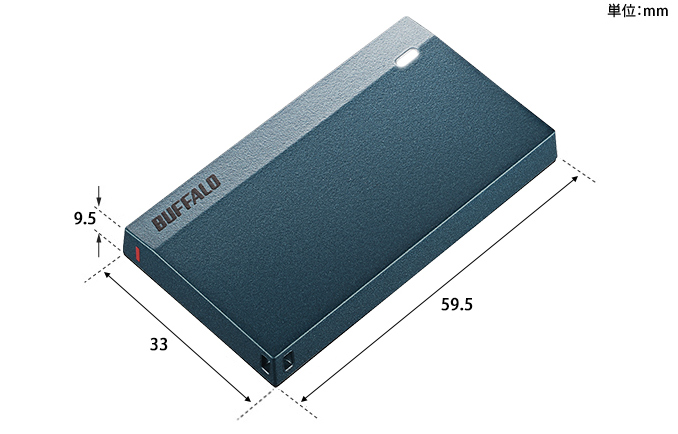 The rugged SSDs fully support Buffalo’s SecureLock Mobile2 technology that encodes data using an AES-256 key. Meanwhile, it is unclear whether encryption is done using hardware or software. In addition, the drives support SMART function and can be used with Mimamori Signal software that predicts failures of storage components based on SMART data.