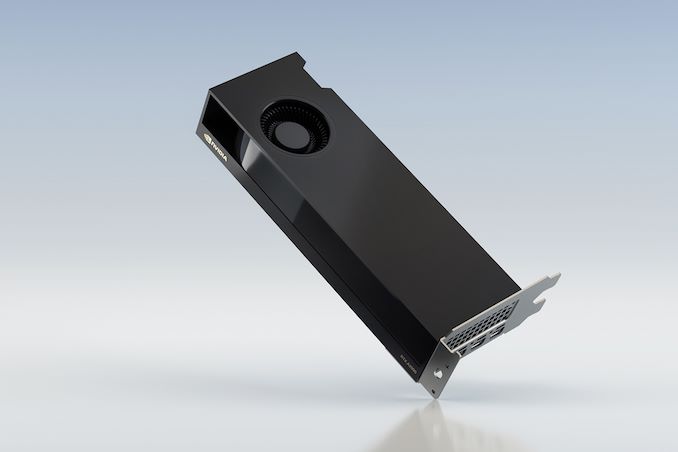 As part of a suite of SIGGRAPH-related announcements, NVIDIA this morning is announcing a new addition to their RTX line of professional video cards, the RTX A2000. Following NVIDIA’s transitional top-to-bottom product rollouts, the latest member of NVIDIA’s pro GPU lineup is the smallest and cheapest card yet, thanks in large part to its use of NVIDIA’s GA106 GPU. Paired with 6GB of VRAM and aimed in part at small form factor workstations, NVIDIA expects the card to go on sale in October.

Though a relative lightweight compared to the far more powerful RTX A6000, the A2000 is an interesting (and in some ways much delayed) development in NVIDIA’s professional visualization product stack. Despite the fact that NVIDIA has been shipping ray tracing-capable hardware for almost 3 years now, the company has never previously released a mid-range ProViz card with that kind functionality – the previous-generation Quadro RTX stack stopped at the RTX 4000, and below that, everything has remained RT-free. And though this is ultimately based on the fact that NVIDIA only put RT hardware in their higher-end Turing GPUs, the end result is the same: this is NVIDIA's first RT-capable mid-range pro card.

Fittingly, it’s also the first RTX card released by NVIDIA that’s available in a low-profile design. Thanks to NVIDIA significantly turning down the GA106 GPU’s clockspeeds, the RTX A2000 has a TDP of just 70 watts. This keeps the heat generated by the card low enough that it can be cooled by a dual-slot low-profile cooler – making it suitable for use in true small form factor workstations – albeit at the cost of capping the card’s overall performance.

Digging down into the specifications, what we find is a GA106-based video card with a few SMs disabled and a relatively low boost clockspeed of just 1200MHz. On paper, this gives the card roughly 8 TFLOPS of single precision (FP32) graphics and compute performance. Or, tapping into the card’s 104 tensor cores, it can wring out almost 64 TFLOPS of performance with tensor operations.

This is backed by 6GB of GDDR6 memory, sitting on top of a 192-bit memory bus. Like the GPU clockspeed, NVIDIA is keeping the memory clockspeed on the low side as well (presumably again for power reasons), resulting in a memory clockspeed of 12Gbps. Thankfully, the wider memory bus offsets this somewhat, putting the final memory bandwidth at a respectable 288GB/second. Meanwhile, as this is a ProViz card, like the rest of the RTX A series the A2000 offers optional ECC memory support in the form of soft ECC. 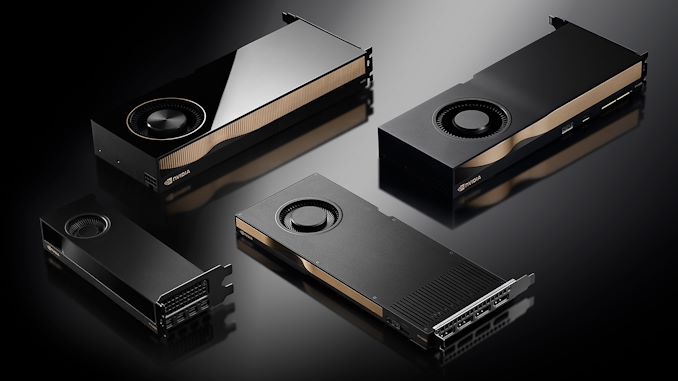 Past that, the diminutive video card’s claim to fame is its small size. As previously mentioned, this is NVIDIA’s first low-profile ProViz card in a while, and is aimed in part at small form factor workstations. With a 70W TDP, the card still requires a decent bit of cooling, so NVIDIA has essentially split the difference and gone with a double-wide card design in the form of a low-profile blower. So RTX A2000 is neither silent nor quite small enough to go into truly tiny machines, but SFF boxes that can provide the necessary slots should have little trouble accommodating the card. Meanwhile, though not shown off in any of the pictures NVIDIA has provided, the RTX A2000 is designed to go into standard (full height) PCs as well, so there will also be a full profile bracket available for the card.

Finally, owing to the small size of the card, NVIDIA has switched to Mini DisplayPort 1.4a connectors for this card. MiniDP gives the card the same display capabilities as the other A-series cards – driving up to 4 5K displays – just without the convenience of using the same full-size DP connector as the rest of the family.

Wrapping things up, NVIDIA expects the RTX A2000 to be available through the company’s usual retail and OEM partners in October. The card will be priced at around $450.