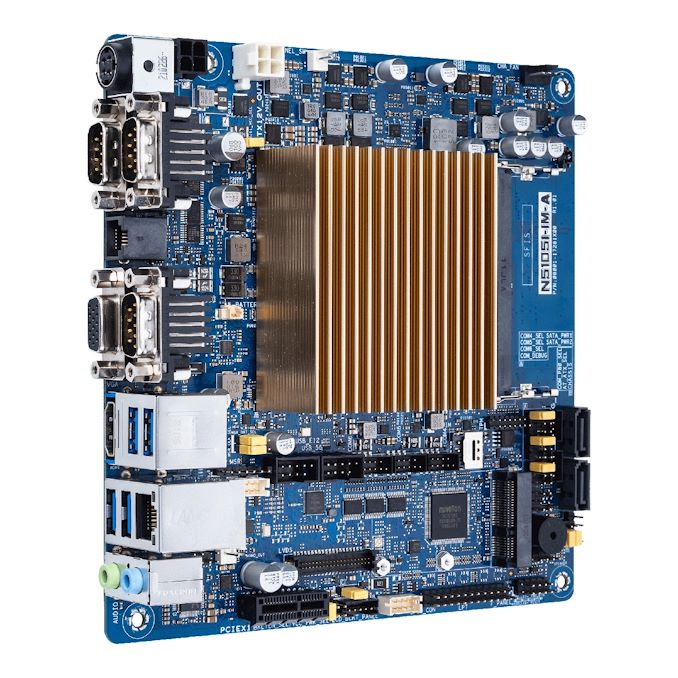 Back in January, Intel launched its Jasper Lake platform with a range of dual-core and quad-core Tremont Atom-based processors.. Primarily aimed at the notebook and Chromebook market, Intel's Jasper Lake Celeron and Pentium Silver chips are using 10nm Tremont Atom cores as low as 6 W. Today we have learned that ASUS has unveiled its first Jasper Lake system via the N5105I-IM-A mini-ITX motherboard for the DIY market, with a passively cooled design, and supports the Intel Celeron N5105 4-core 4-thread processor.

Based on the small form factor mini-ITX platform, the ASUS N5105I-IM-A includes two SO-DIMM memory slots, although ASUS hasn't revealed a full list of the specifications. It is using a 4-pin 12 V ATX power input, with an additional 4-pin 12 V power output. The N5105I-IM-A is designed to support Intel's Celeron N5105 processor, which features four Tremont Atom cores, four threads, and features a base frequency of 2 GHz, a turbo frequency of 2.9 GHz, and has a 10 W TDP. 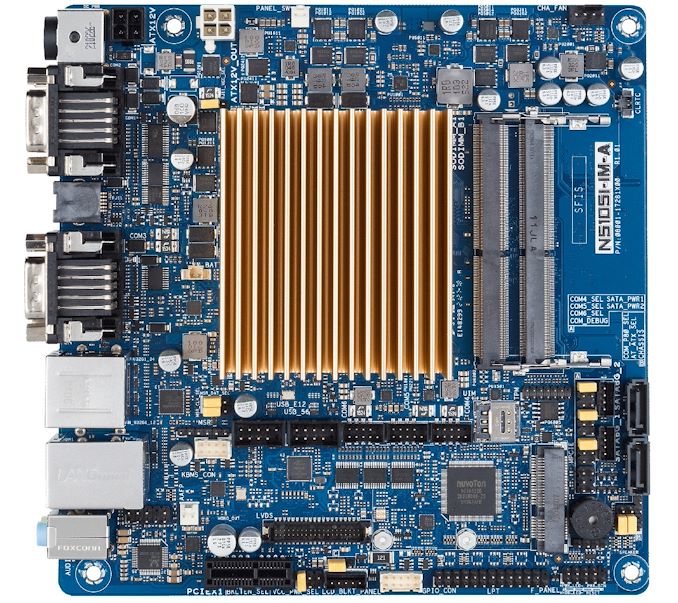 Due to the low power by the Intel Celeron N5105, ASUS has opted for a gold-colored copper CPU heatsink, which comes supplied with the board. Looking at onboard connectivity, ASUS includes what looks like a single PCIe 3.0 x1 slot, with two SATA ports and one 4-pin fan header for a chassis fan. Video is provided by the graphics on the CPU.

On the rear panel is a range of input and output, including two video outputs consisting of an HDMI and D-sub output, with three Serial ports. The board also includes support for an RJ11/DIO connector that is regularly used for cash registers and an MSR/RFID reader for credit and debit card payments. In terms of USB, four Type-A ports are likely USB 3.0, and it also includes one Ethernet port that an unspecified controller powers.

At the time of writing, we don't have any information on the pricing or the availability of the ASUS N5105I-IM-A motherboard.