Despite the fact that the Radeon 9600 Pro Mac & PC Edition doesn't use the most desirable gaming GPU in the world, we have to evaluate its performance as one to see exactly where it falls in the grand scheme of things.  PC users can look back at any of our Radeon 9600 articles to get an idea of the performance of the GPU in PC games, as this performance comparison will only focus on Mac platforms.

For our test bed, we used a Power Mac G5 with dual G5 2.0GHz processors and 1GB of OCZ DDR400 memory. We used a Dell 2001FP with the desktop resolution set to 1600 x 1200. The system was running OS X 10.4.2 with all of the latest updates installed as of today.  The only extra software installed was ATI's control panel, which ships with the Radeon 9600 Pro Mac & PC Edition (both the Mac and PC software is included in the box on two separate CDs). 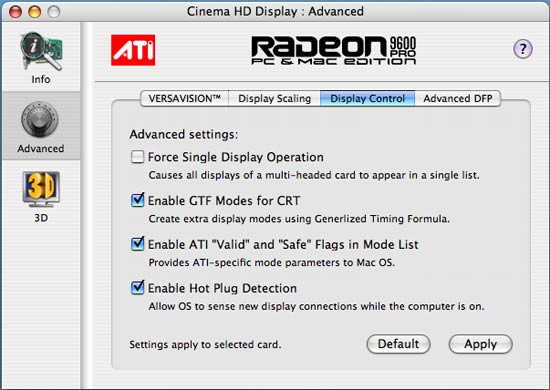 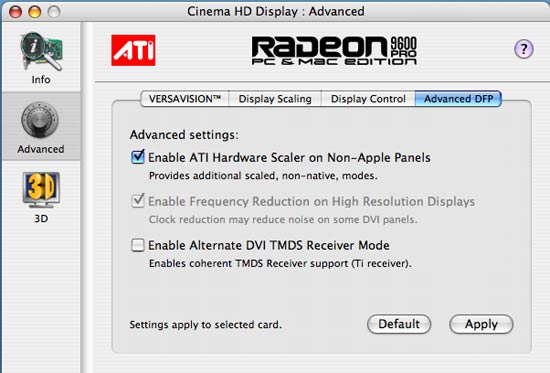 Since Apple does not offer any AA/AF setting adjustments, ATI requires you to create a profile for each game that you want to force AA/AF settings on: 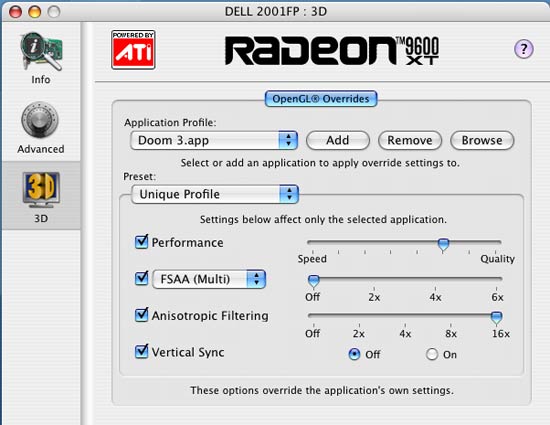