I’ve spent so much of the past two years covering SSDs that you’d think I’d forgotten about traditional hard drives. All of my work machines have transitioned to SSDs, as have all of my testbeds for reliability and benchmark repeatability reasons I’ve mentioned before. What I don’t mention that often is the stack of 1TB hard drives I use to store all of my personal music/pictures/movies, AnandTech benchmark files that drive my lab and to power my home theater (yes, final update on that coming soon). Hard drives haven’t lost their importance in my mind, their role has simply shifted.

My OS, applications, page file, documents and even frequently played games (ahem, Starcraft 2) all end up on my SSD. That doesn’t leave a lot of room for anything else, and for that bulk data there’s no cheaper or better alternative than mechanical storage.

One and two terabyte drives are now commonplace, the former selling for $60 a pop. Recently Seagate announced the next logical step, a five platter three terabyte drive with a catch - it’s external only.

The FreeAgent GoFlex Desk is a mouthful of branding that refers to Seagate’s line of external 3.5” drives. The drives themselves are standard 3.5” hard drives in a plastic enclosure designed to mate with GoFlex Desk adapters that add USB 2.0, USB 3.0, FireWire 800 or Ethernet connectivity to the drive. 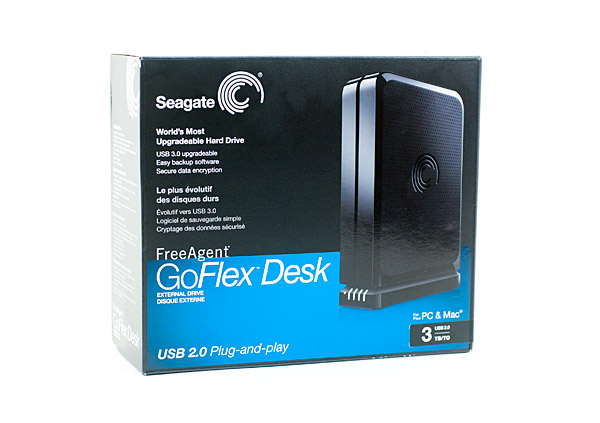 Currently the GoFlex Desk is available in 1TB, 2TB and 3TB capacities. We’ve spent much of the past week testing the latter both as a look at 3TB hard drives as well as the external device itself.

Not Just Another Upgrade

The first thing I did with the GoFlex Desk was try to get access to the drive inside. Despite the fact that Seagate is shipping a 3TB GoFlex Desk, the internal drive (also made by Seagate) won’t be available until the end of the year. That’s silly, I thought, so I went about pulling the drive out of its casing.

The drive part of the GoFlex Desk is little more than two pieces of plastic snapped together. Start to separate them and pull as firmly (yet carefully) as you can and they’ll pop off, hopefully without breaking any tabs in the process so you can snap it back together. 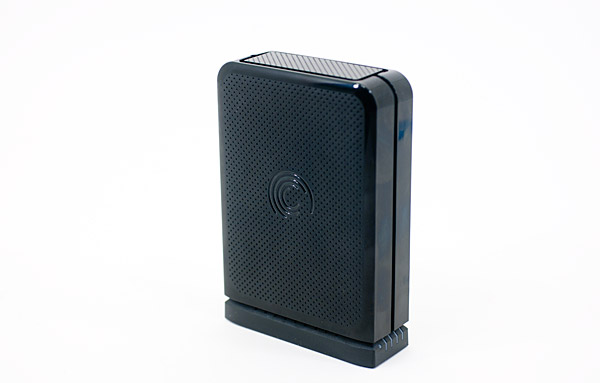 Inside the GoFlex Desk 3TB was a standard 3.5” Seagate Barracuda XT drive. There are rubber squares installed where the mounting screwholes are and the drive is in a metal tray, but other than that this is a run of the mill SATA HDD. 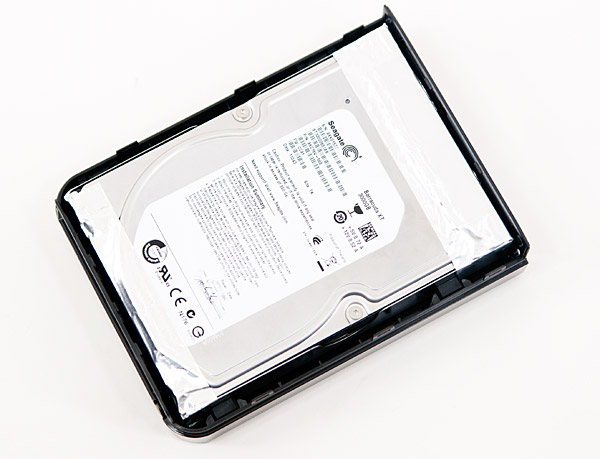 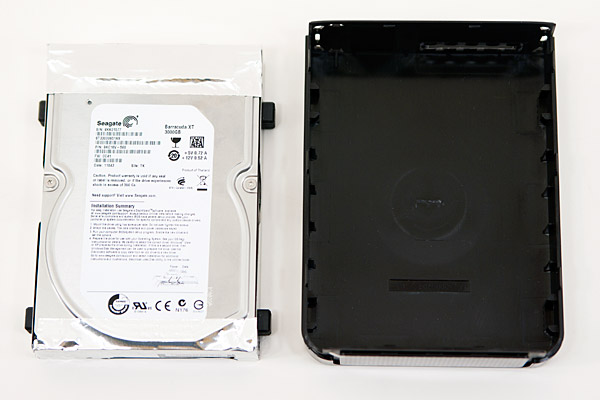 The 3TB Barracuda XT is a 7200RPM drive. The drive has a 32MB DRAM cache, which is half of what Seagate ships on its 2TB drive making it clear that the 3TB drive used in the GoFlex Desk isn’t 100% performance optimized. Seagate reaches its 3TB capacity by using five 600GB platters.

Internally the drive uses 4K sectors however it translates to 512-byte sectors before it reaches the SATA port. This means to a SATA interface the 3TB drive looks like a drive with 512-byte sectors. The GoFlex Desk docks then map the 512-byte sectors back to the 4K format. There’s obviously overhead associated with these translations but it’s not huge in most cases. The final 4K translation done by the GoFlex Desk dock means that you can partition the drive using MBR which ensures Windows XP compatibility.

Update: Seagate offered some clarification to the paragraph above. Internally the 3TB drive uses 512-byte sectors, however the GoFlex dock emulates a 4K drive to allow for a single 3TB partition to be created in Windows.

For those of you looking to buy a 3TB GoFlex Desk, crack the case open and use the drive inside your system there are some challenges that you should be aware of.