How do you even begin to compete with Apple or Google? Both companies have a knack for identifying the wrong way to do something and doing the exact opposite. The latter tends to give away much of its innovation while the former somehow makes it cool to charge handsomely for it. In fact, Apple is the first company I've seen to take the pace of innovation offered by Moore's Law and pair it with an equally aggressive expected upgrade cycle. These are formidable opponents.

As much as I believe that HP, Microsoft or Nokia will step up to the plate and retake marketshare from these two, I just can't see it - at least in the short term. 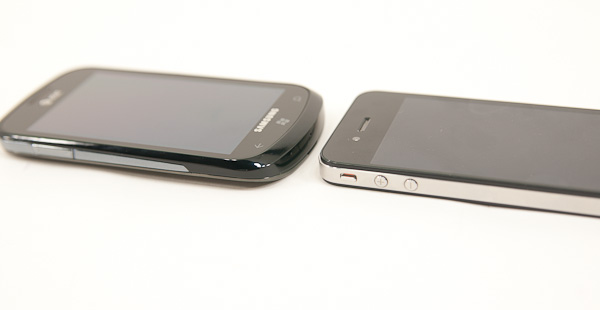 I'd love to be wrong about this as I believe we desperately need competition to prevent the mobile web from turning into Apple's web and Google's web. But I'm afraid for companies like Apple or Google to lose significant marketshare at this point, they need to screw up. They have to do something very wrong. And no, antennagate wasn't enough.

In the early days of 3D accelerators NVIDIA caught up to and eventually surpassed 3dfx by executing frustratingly well. Like clockwork, every six months NVIDIA would have a new GPU and eventually 3dfx was left in an uncompetitive position. Coincidentally the past three years of AMD's near flawless execution has caused NVIDIA a similar sort of pain.

Apple has adopted a 12-month product cycle for its iOS devices. Every summer Apple drops a new iPhone and I'm guessing every Q1 we'll get a new iPad. Sprinkle in a yearly OS update and you've got the makings of a good execution plan. So long as Apple sticks to the formula of quickly adopting new hardware and improving software, the iOS platform will be a difficult one to dethrone.

Google feels a little less structured but we've seen a steep ramp with frequent software updates. If anything Google gets to enjoy an even more aggressive hardware roadmap as Android smartphone manufacturers have typically been the first to adopt new SoC IP. The first dual-core smartphones will run Android and the first Moorestown based smartphones will run Android. Apple has only been similarly aggressive with adopting high performance GPUs in its phones but Samsung changed that this year with the Galaxy S.

And then we have Microsoft. Windows Phone 7 was much, much, much better than I expected. I imagined it being more like iOS 2.0 and what I got instead was something within striking distance of iOS 4. Sure there are some missing features: Hack-free tethering, copy & paste, multitasking and faster hardware, but if you actually use a Windows Phone it's really not bad at all.

Ever since I flew to NYC to grab my first Windows Phone, I haven't had a desire to go back to my iPhone. Looking at the core OS alone, Microsoft did a wonderful job. The OS is easily just as smooth and as fast (if not smoother, and faster) than iOS. Even the lack of iOS style task switching isn't all that bothersome thanks to WP7's back button. It's not perfect, but Microsoft did a great job at creating an appliance-like smartphone. Which, I might add, is impressive for a traditional PC company.

The shortcomings are enough to make me want to keep an eye on the platform, but not fully commit to it yet. As I concluded in our Windows Phone 7 review, the app story is disappointing. There are far more big name apps than I expected, but almost all of them are slow and none of them support background operation, notifications or anything that could make them feel like a part of the OS.

The performance of some 3rd party apps is particularly troubling. I'm not sure whether that's part of the developer learning curve or inherent to the current instance of Windows Phone 7. Either way, if you depend on a lot of 3rd party apps you're better off looking at Android or iOS today.

Since our review posted I've met a number of people who aren't sold on Android but refuse to buy an iPhone. Every one of them has been impressed by Windows Phone 7. It's honestly the iPhone for everybody else. 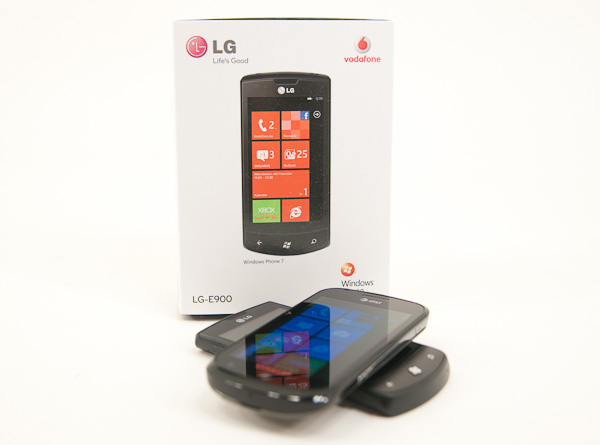 The only aspect of purchasing a Windows Phone that's more difficult than jumping on the iPhone bandwagon is choosing hardware. While the OS may be polished, nearly all Windows Phone manufacturers took the safe route and launched relatively uninspired designs for WP7. I'm sorry to say that none of them quite live up to the total package of the iPhone 4. You make sacrifices in battery life, material quality, camera quality or all of the above. The OS may be solid, but there's still a lot of work that has to be done to achieve perfection.

If you are planning on making the jump before the next generation of Windows Phone 7 hardware, there are reasonable options today. While the perfect Windows Phone may not yet exist, there are some devices that are good enough.

Unlike choosing an Android phone, performance and UI aren't differentiating factors for Windows Phones. They all run the same OS and use the same 1st generation Snapdragon SoC. As a result, they all perform identically. There are no OS level carrier/OEM customizations. The best either can do is supply preinstalled apps. Other than that, the difference is all in build quality, battery life and the hardware in general.

Brian posted our review of one of the more unusual Windows Phone 7 devices a couple of weeks ago: the HTC Surround. Today I want to provide a quick look at two other options: the very popular Samsung Focus and the LG Optimus 7.

If you haven't read our Windows Phone 7 review I'd encourage you to do that before going forward as I won't touch on anything we've already covered there.