As a desktop user I never really jumped on the external storage craze. I kept a couple of terabyte drives in RAID-0 inside my chassis and there's always the multi-TB array in the lab in case I needed more storage. External drives were always neat to look at, but I never really needed any. My notebook's internal storage was always enough.

With the arrival of Sandy Bridge in notebooks however I've given the notebook as a desktop replacement thing a try. I've got enough random hardware if I need a fast gaming machine in a pinch, but for everything else I'm strictly notebook these days. As a result I've come to realize just how precious portable storage is. Most reasonably portable notebooks have one usable 2.5" bay at most (two if you don't mind sacrificing an optical drive). Network storage is great but what if you need something portable on the go with you? 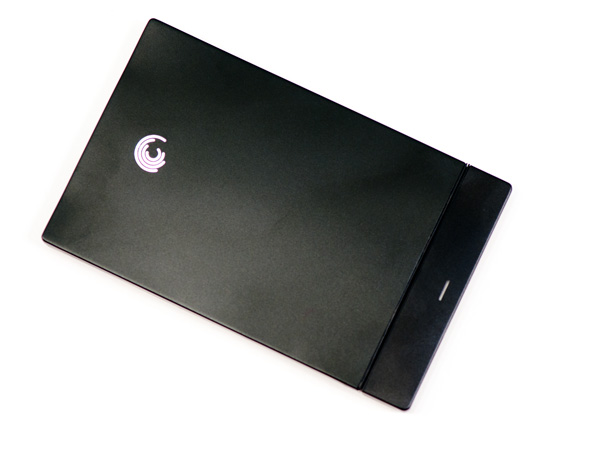 I'm obviously a staunch advocate of spending your internal real estate on an SSD, but if you need the space you've gotta go mechanical for your external storage. If portability is what matters, an external 2.5" hard drive can be quite attractive as they're lightweight and can be powered over USB.

In the 2.5" world there are three predominant thicknesses available: 7mm, 9.5mm and 12.5mm. Most notebook drives are 9.5mm. You'll notice that Intel even ships many of its SSDs with a removable spacer to make them 9.5mm tall in order to maintain physical compatibility with as many notebooks as possible: 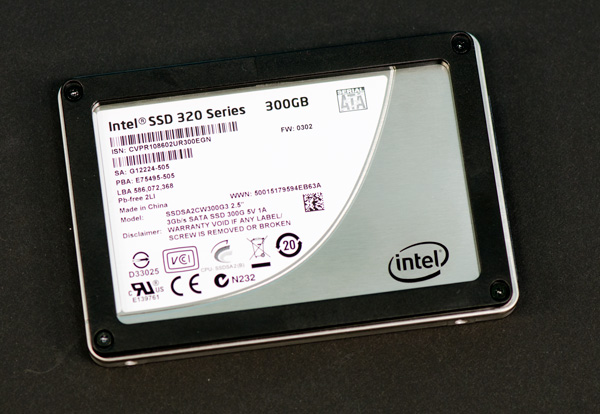 That black trim is removable for use in 7mm bays

Thicker drives are needed to accommodate more platters inside, but as platter densities increase so do the capacities of thinner drives. A couple of years ago Seagate announced the world's first 7mm thick 2.5" hard drive and earlier today, it announced the thinnest external 2.5" drive: the GoFlex Slim. 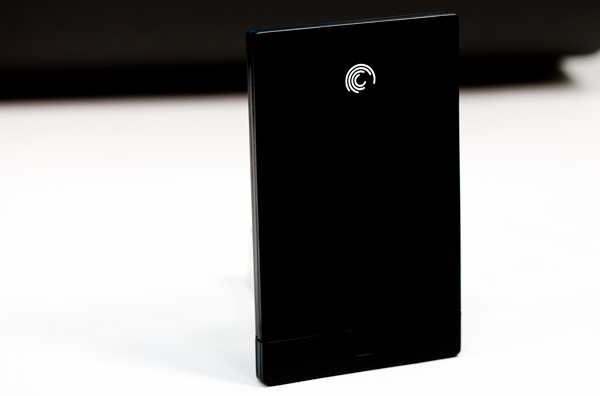 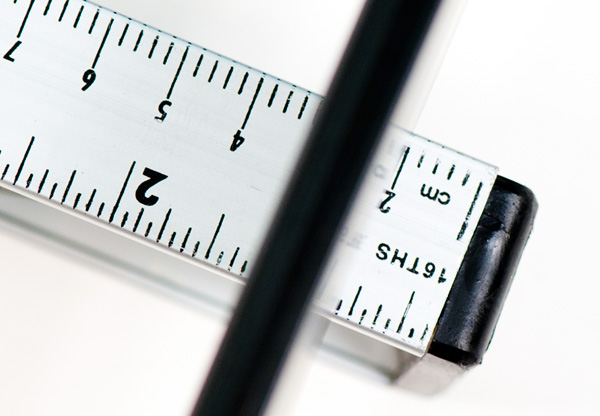 The GoFlex Slim is actually a two-part device. There's the drive itself and a detachable GoFlex USB 3.0 adapter with a white LED power/activity light. The LED is always illuminated by default and lightly throbs when you access the disk. Remove the adapter and you can plug the GoFlex Slim into any other GoFlex compatible device. Seagate has also opened up the GoFlex standard so other manufacturers can build and ship GoFlex compatible devices royalty-free. 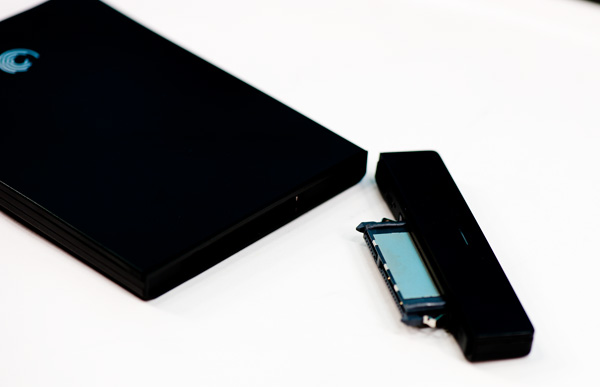 The drive chassis is simply glued together. A thin enough tool wedged in between the top cover and the rest of the chassis is good enough to get you inside. Once open you'll notice a pretty simple design: 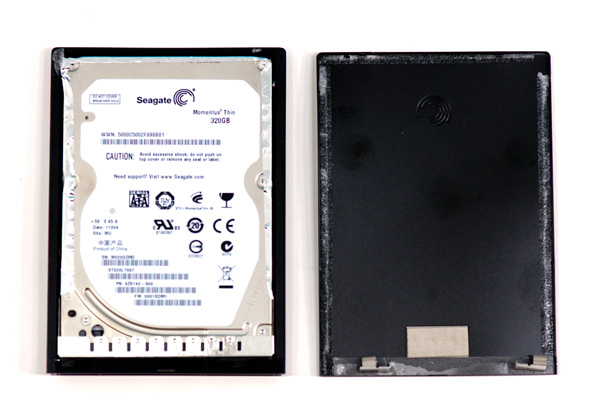 The GoFlex Slim is nothing more than a 320GB Momentus Thin in a slim aluminum case, no different than the other GoFlex drives we've reviewed. The Momentus Thin spins at 7200RPM, has a 16MB on-board cache and is of course a single platter drive.

The drive comes pre-formatted with a single NTFS partition and a copy of Memeo backup software. For the Mac users among us Seagate also includes a Paragon NTFS driver as well as a Mac version of Memeo Backup. 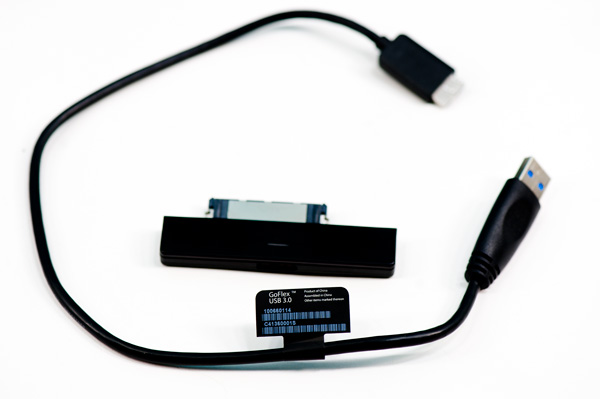 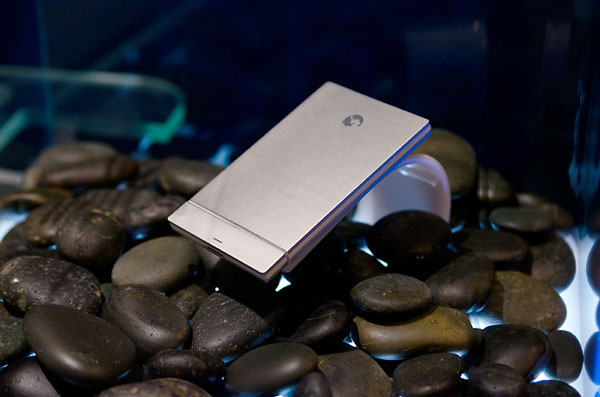 Just as we saw at CES earlier this year, you can expect a HFS+ formatted Mac version to ship with a silver chassis in the not too distant future.