The Sony Ericsson Xperia Play: Where Do You Want To Take Your Gaming Today?

The debate over the potential (or not, depending on your perspective) for cellular handsets to supplant dedicated portable gaming consoles was already at the 'dull roar' stage when Steve Jobs unveiled the first-generation iPhone in January 2007. Successive iPhone iterations, along with iOS ecosystem expansion to the iPod touch and iPad, have upped the argument amplification a notch or few, as have competitive offerings based on the Android, RIM, WebOS and Windows Mobile (now Windows Phone) operating systems.

Sony's approach to addressing the standalone-versus-cellphone debate is, if nothing else, intriguing. The multi-subsidiary company includes the game console division, of course, which is determined to do its utmost to maintain a lucrative dedicated-function portable hardware business. Yet Sony Computer Entertainment is also responsible for a plethora of game software titles, whose developers are likely challenged to sell as much content as possible, ideally but not necessarily exclusively running on Sony-branded hardware. And then there's Sony Ericsson, a joint venture company chartered with maintaining and expanding its status as a top-tier cellular handset manufacturer.

On one end of the strategy spectrum, Sony has to date produced four different models in its PlayStation Portable line; the original PSP-1000, PSP-2000, PSP-3000 and PSP Go. The upcoming PlayStation Vita successor, formally unveiled at June's E3 Conference with availability (beginning in Japan) slated for later this year, aspires to one-up even the most powerful current-generation smartphone with features such as a SoC containing a quad-core ARM Cortex-A9 CPU (clock speed currently unknown) and quad-core 200 MHz Imagination Technologies SGX543MP4+GPU, not to mention PS Vita's 5" OLED display. On the other end of the spectrum is Sony's PlayStation Certified program, unveiled in late January, which conceptually enables generic Android-based hardware to run PlayStation Suite content.

And in-between these two extremes is the subject of this particular writeup, Sony Ericsson's Xperia Play gaming cellphone: 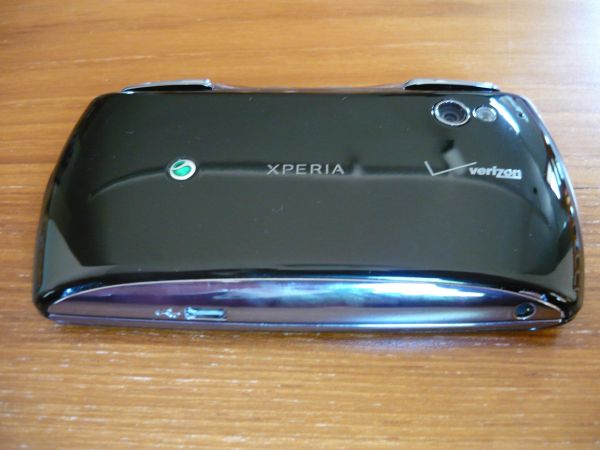 The mythical 'PlayStation Phone' had been rumored for several years, but when it finally appeared in late March in 11 countries (not then including the United States), it was curiously absent any explicit 'PlayStation' branding. Sony Ericsson's initial U.S. carrier partner was Verizon, who began selling the handset in late May subsequent to its first official U.S. unveiling, a commercial which ran during February's Super Bowl. More recently, AT&T picked up the handset in mid-July. One week later, Verizon dropped the Xperia Play's contract-subsidized price to $99.99, from $199.99 at introduction. Was Verizon's action a competitive response to AT&T's entry, a reaction to poor Xperia Play sales, or some combination of these and/or other factors? Verizon's not saying, but let's see how well (or not) the handset performs to get a sense of its degree of market appeal.