There's no point in looking at USB 2.0 performance since all drives there are limited to under 40MB/s thanks to the speed of the interface. Over USB 3.0 however we're able to talk to the drive at much closer to its native performance:

We turned to HD Tune once again to plot out performance vs. logical block address. Last year we had a somewhat odd graphs from the 3TB drive where performance dropped down to 16MB/s as we wrote to the inner most tracks of the platters. The 4TB solution doesn't have that problem but it does exhibit its own strange behavior: 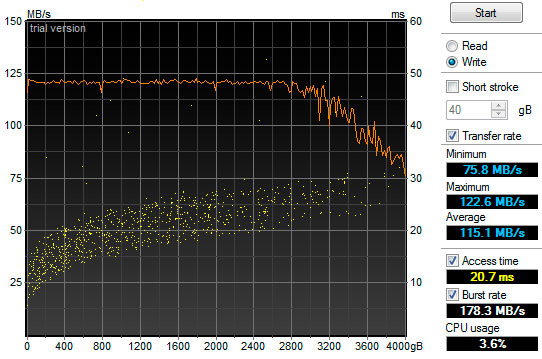 Write performance remains relatively flat over the majority of the LBA range of the drive. Performance should decrease almost linearly but instead we get consistent performance across the first ~3TB of the drive. It's only in the last 1TB that performance falls down to 75.8MB/s. As I mentioned before, I suspect we may be bottlenecked writing to the GoFlex's USB 3.0 controller which results in this behavior. 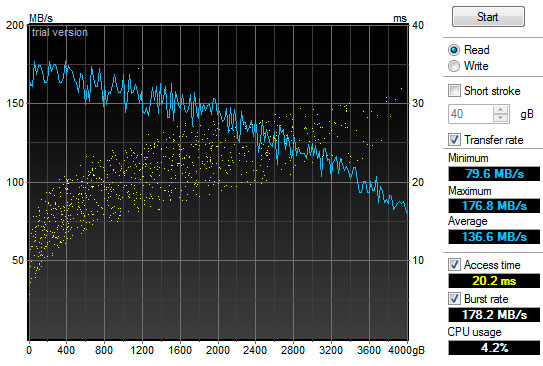 Read performance is both higher and linear, indicating once again this issue seems to only limit write speed.

If you're migrating from a 3TB GoFlex Desk, do expect to see a tangible decrease in write speed but once you've got your data on the drive expect to be able to read it back faster.

As the world becomes more mobile, external storage becomes even more important. Having moved to a notebook-as-a-desktop usage model myself, I completely understand the need for high capacity external drives.

Seagate is certainly pushing the envelope when it comes to capacity with the GoFlex Desk. Just a few years ago I had to build a file server with multiple drives to reach 4TB and today Seagate is delivering it in a small, single drive enclosure. If you need a ton of storage in a relatively compact space, the 4TB GoFlex Desk gets the job done. 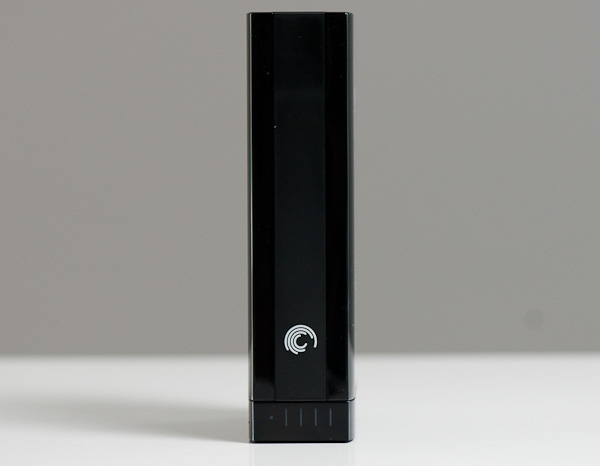 The usual caveats apply however. There's always a price premium for these high capacity external drives, although Seagate is only charging an extra $50 for the 4TB version compared to the 3TB model. If you wanted to buy a standalone drives however you could easily buy two 2TB HDDs for less than half the cost of this 4TB external drive. Granted there is the convenience of having an all-in-one package with a single drive but you're almost always better off financially buying internal drives and sticking them in a cheap chassis. Then there's the problem of finding a good way to back up 4TB worth of data.

Finally there's the issue of cooling. If you're going to be constantly reading/writing terabytes of data from/to the GoFlex Desk then you'll want to look elsewhere. Seagate's modified chassis does keep the drive cooler than its predecessor but it's just not designed for extended heavy use. Google's study on hard drive reliability showed that average temperatures above 45C corresponded with an increase in failure rate, particularly for drives that had been running for 3 or more years.

I suspect most users of the GoFlex Desk will be fine however. Moving a couple hundred GBs here or there never resulted in any dangerously high temperatures. Given that this isn't an enterprise drive, I wouldn't expect most users to continuously write 1TB to the drive with any sort of regularity.