AT&T recently started taking heat as subscribers with grandfathered unlimited data plans saw their downstream throughput throttled after consuming just over 2GB on AT&T's 3G HSPA+ network. The primary complaint at that time was that it was illogical for AT&T to set the glass cap at 2GB (as derived by the 'top 5% of data users per market' metric) when the same $30/month buys you at least 3GB on another DataPro  plan. It seems as though AT&T has taken that criticism to heart and today announced that it is setting the throttling cap uniformly at 3GB for 3G HSPA+ subscribers, and 5GB for 4G LTE subscribers. 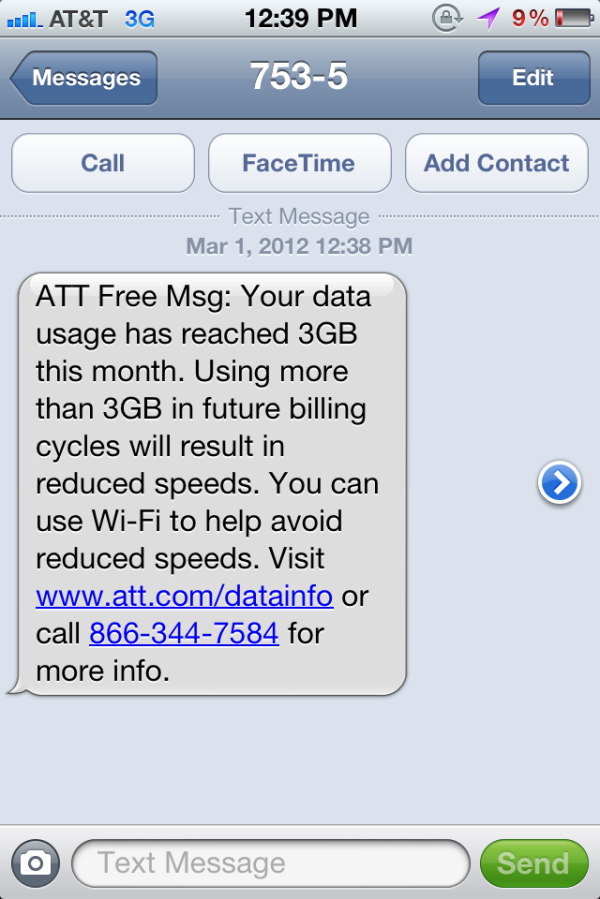 After you hit this cap, data rates on the downstream slow to around 256 kbps on 3G, and hopefully substantially more for 4G LTE throttled subs. AT&T has already sent out some notification SMSes to customers who went over 3GB of use on the previous billing cycle, as shown above.