It would appear that on top of everything else going on this week, this is also a big week for video drivers. Following AMD’s major release of Catalyst 12.11 earlier this week, NVIDIA has their own driver release this week with the release of their 310.33 beta drivers. These drivers are the first public release of the previously announced R310 family, making this the 4th major driver family release for NVIDIA this year (R295, R300, R304, R310).

From a feature standpoint these drivers won’t offer a big change for most end users right away, but Windows 8 users will be in for a treat. Thanks to Windows 8’s new stereoscopic 3D functionality, these drivers add windowed S3D support for a multitude of applications and games, including YouTube 3D, various Blu-Ray players, and all DX9 games. Meanwhile developers will want to play close attention to these drivers for new API functionality they expose. These are the first drivers to support OpenGL 4.3, which among other things means this is the first GeForce driver set to have support for new features such as OpenGL compute shaders, along with full OpenGL ES 3.0 superset functionality. As for CUDA developers these are the first GeForce drivers that will support the recently released CUDA 5.

As for bug fixes and profile improvements, the most notable change is the return of MSAA support for Diablo III.  Otherwise it’s a fairly typical (and extensive) collection of profile updates, including an updated SLI profile for DiRT: Showdown and an updated Ambient Occlusion profile for CS:GO. 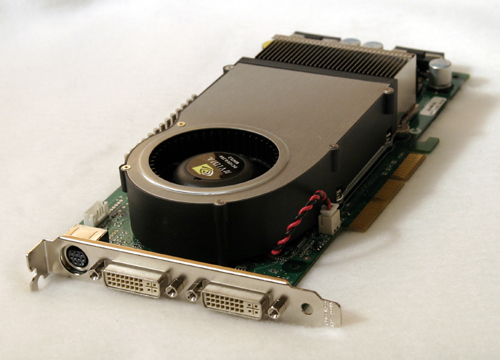 Finally, with these drivers we’ll be bidding adieu to support for the last of NVIDIA’s DirectX 9 GPUs. As previously announced by NVIIDA, starting with R310 NVIDIA is formally moving the GeForce 6 and 7 series to legacy status. NVIDIA retired their earlier NV30 architecture based GeForce 5 FX series relatively quickly with R175 back in 2008, but they have supported the newer and far more successful NV40 based 6 and 7 series for much longer. By our count it has been nearly 8 years since the first of those cards was released and 5 years since the last, marking the end of what has been the longest support cycle for consumer GPUs that we have yet to see. We’re still waiting to get confirmation from NVIDIA about what legacy status entails in this case – whether it means reduced driver updates (ala AMD HD 2000-4000) or a complete end to driver updates – but given how long NVIDIA has supported these cards it’s likely the latter.

Starting with R310 NVIDIA’s minimum supported hardware will be the GeForce 8 series. If NVIDIA’s DX9 GPU support is anything to go by, then considering the slower pace of upgrades in recent years and just how long NVIDIA has sold GeForce 8 GPUs – particularly G92 – we wouldn’t be surprised to see them support their DX10 GPUs for as long as or longer than they did their DX9 GPUs.