Recently I was asked to give a presentation about smartphone imaging and optics at a small industry event, and given my background I was more than willing to comply. At the time, there was no particular product or announcement that I crafted this presentation for, but I thought it worth sharing beyond just the event itself, especially in the recent context of the HTC One. The high level idea of the presentation was to provide a high level primer for both a discussion about camera optics and general smartphone imaging trends and catalyze some discussion.

For readers here I think this is a great primer for what the state of things looks like if you’re not paying super close attention to smartphone cameras, and also the imaging chain at a high level on a mobile device.

Some figures are from of the incredibly useful (never leaves my side in book form or PDF form) Field Guide to Geometrical Optics by John Greivenkamp, a few other are my own or from OmniVision or Wikipedia. I've put the slides into a gallery and gone through them pretty much individually, but if you want the PDF version, you can find it here.

The first two slides are entirely just background about myself and the site. I did my undergrad at the University of Arizona and obtained an Optical Sciences and Engineering bachelors doing the Optoelectronics track. I worked at a few relevant places as an undergrad intern for a few years, and made some THz gradient index lenses at the end. I think it’s a reasonable expectation that everyone who is a reader is also already familiar with AnandTech. 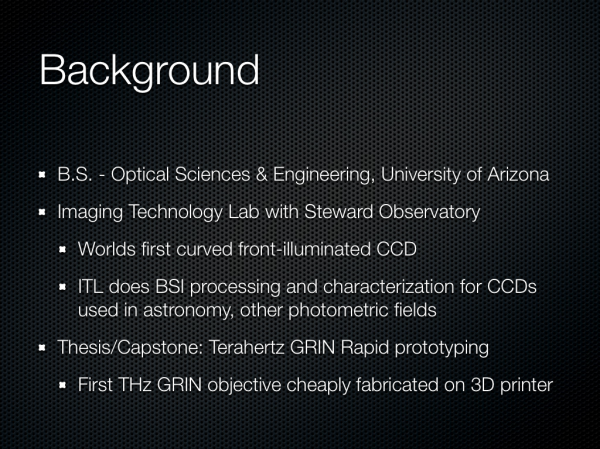 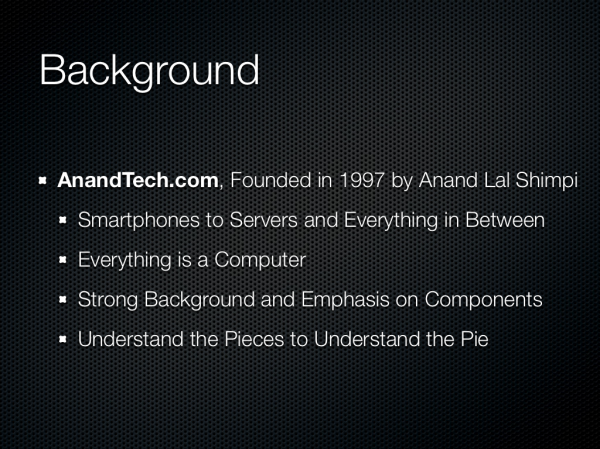 Next up are some definitions of optical terms. I think any discussion about cameras is impossible to have without at least introducing the index of refraction, wavelength, and optical power. I’m sticking very high level here. Numerical index refers of course to how much the speed of light is slowed down in a medium compared to vacuum, this is important for understanding refraction. Wavelength is of course easiest to explain by mentioning color, and optical power refers to how quickly a system converges or diverges an incoming ray of light. I’m also playing fast and loose when talking about magnification here, but again in the camera context it’s easier to explain this way. 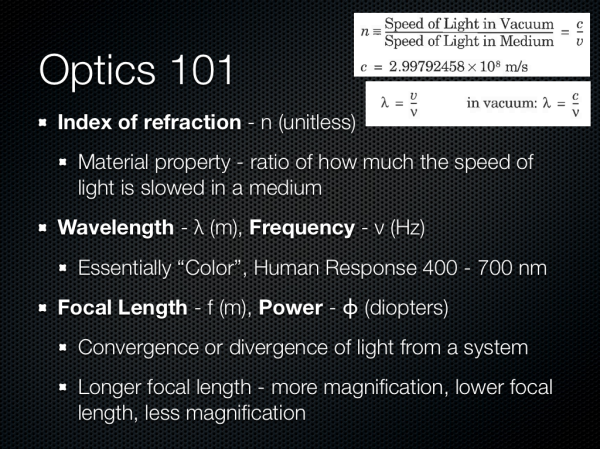 Other good terms are F-number, the so called F-word of optics. Most of the time in the context of cameras we’re talking about working F-number, and the simplest explanation here is that this refers to the light collection ability of an optical system. F-number is defined as the ratio of the focal length to the diameter of the entrance pupil. In addition the normal progression for people who think about cameras is in square root two steps (full stops) which changes the light collection by a factor of two. Finally we have optical format or image sensor format, which is generally in some notation 1/x“ in units of inches. This is the standard format for giving a sensor size, but it doesn’t have anything to do with the actual size of the image circle, and rather traces its roots back to the diameter of a vidicon glass tube. This should be thought of as being analogous to the size class of TV or monitor, and changes from manufacturer to manufacturer, but they’re of the same class and roughly the same size. Also 1/2” would be a bigger sensor than 1/7". 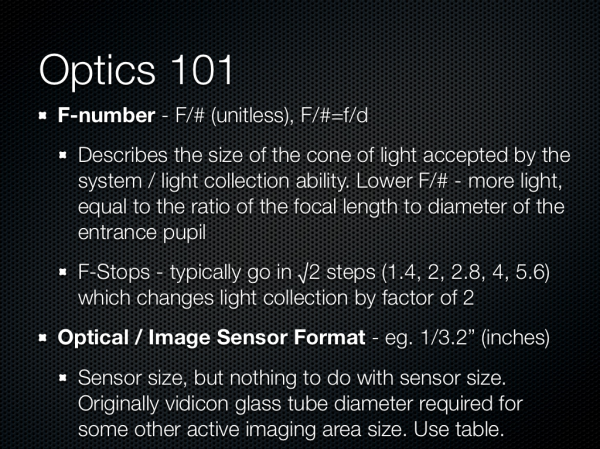 There are many different kinds of optical systems, and since I was originally asked just to talk about optics I wanted to underscore the broad variety of systems. Generally you can fit them into two different groups — those designed to be used with the eye, and those that aren’t. From there you get different categories based on application — projection, imaging, science, and so forth. 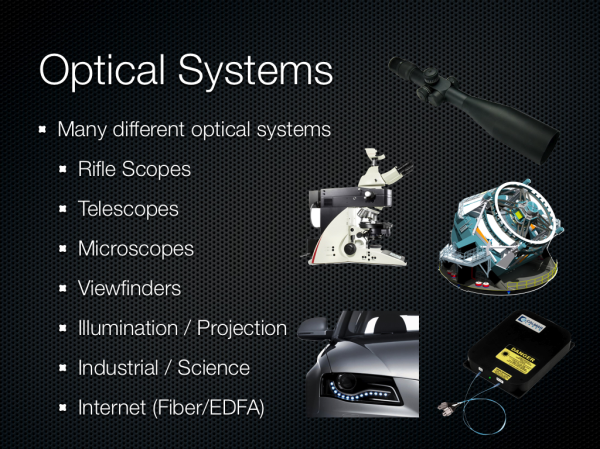 We’re talking about camera systems however, and thus objective systems. This is roughly an approximation of the human eye but instead of the retina the image is formed on a sensor of some kind. Cameras usually implement similar features to the eye as well – a focusing system, iris, then imaging plane. 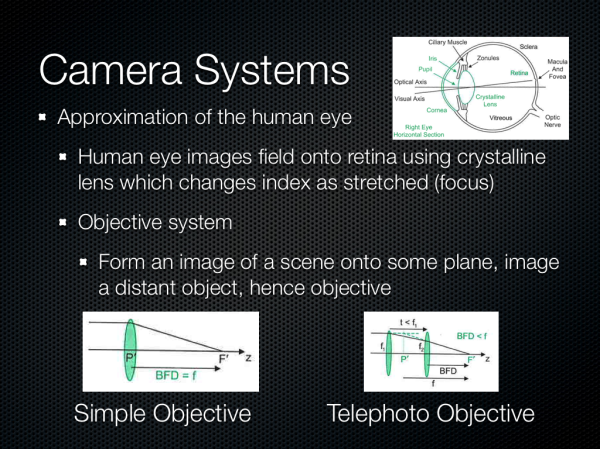