Hardware Tricks: Can You Fix a Failing Mobile GPU with a Hair Dryer? 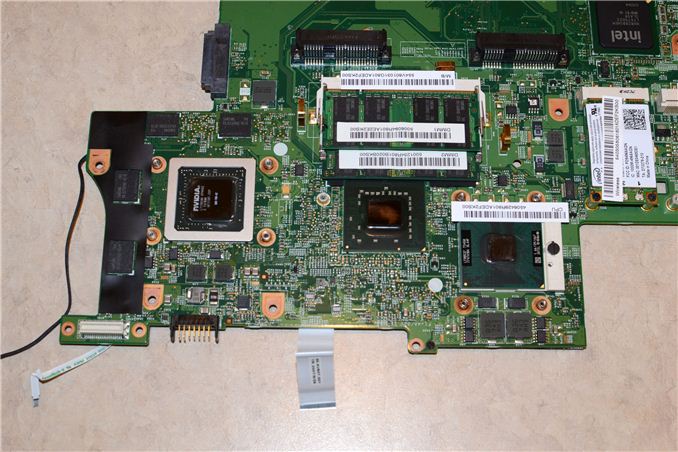 Over the years, I’ve encountered my fair share of hardware failures while writing for AnandTech. For example, nearly every SFF I reviewed back in my early days failed within a couple years (usually a dead motherboard); Both of the first AM2 motherboards I reviewed also died within six months. I’ve seen more than a few bad sticks of memory, particularly overclocking RAM that couldn’t handle long-term use at higher voltages. And let’s not even talk about hard drives—lately I’ve noticed an uptick in the number of people coming to me with laptops that have a dead hard drive; so far I’ve only managed to successfully recover data from one drive using the famous (infamous?) “put your hard drive in the freezer” trick.

Needless to say, when a friend came to me with an old Gateway P-6831 FX from early 2008—a laptop I awarded a Gold Editors’ Choice award to, no less!—and it was giving him a “Code 43” error on the GeForce 8800M GTS graphics, I didn’t have much hope of fixing the problem. Still, five years out of a $1300 gaming notebook isn’t too bad, and when I saw some suggestions online that I might be able to fix the GPU by putting it under the heat of a hair dryer for a couple minutes, I figured, “What do we have to lose?” Well, what we had to lose was about four hours of my time, as this particular notebook is something of a pain to disassemble down to the GPU. But in the interest of testing out the “hair dryer” trick, I though it worth a shot. Here’s the video footage of the process.

Much to my surprise, all of the effort proved worthwhile, at least in the short term. Most fixes of this nature will only prolong the lifetime of failing hardware, but if you can get another several months—or dare we hope for a year?—out of a laptop with such a simple solution, that’s pretty good. I did take a moment to at least do a quick check of graphics performance. Five years ago, the 8800M GTS was one of the fastest mobile GPUs on the block—surpassed only by the more expensive 8800M GT and 8800M GTX. 64 DX10 CUDA cores running at 500MHz might not seem like much, but the 256-bit memory interface (clocked at 1600MHz) is nothing to scoff at.

And what sort of performance does the 8800M GTS deliver? Even when paired with a now-decrepit Core 2 Duo T5450 (1.66GHZ), the notebook still managed a reasonable score of just under 7000 in 3DMark06. To put that in perspective, however, Intel’s HD 4000 with a standard voltage mobile CPU now manages around 7500. Of course, 3DMark06 optimizations are pretty common, but we’re basically looking at top-end mobile GPU performance from five years back now being found in Intel’s IGP. When Haswell launches in a few months with GT3 and GT3e mobile parts, we’ll likely see IGP performance start to encroach on decent midrange GPUs like the GT 640M and HD 7730M—at least, that’s what I’m hoping to get!

Anyway, if you’ve got a failing GPU or other component and you’re at the point where you’re ready to throw it in the trash, if you’ve got a bit of time you might give this hair dryer trick a shot. I’ve seen others recommend baking a GPU PCB in the oven at 200C for eight minutes, and while that could work as well it seems more likely to burn out some other component if you’re not careful. Sadly, this trick (and the freezer trick) both failed on another recent HDD failure; next up on my list of hardware tricks to try: transplanting a dead HDD’s platters into a working drive. Wish me luck; my dad’s data needs it!