We won’t comment too much on performance here since the charts generally speak for themselves. EVGA’s 12% overclock isn’t a massive overclock, but it’s easily enough to push the card into a higher tier of performance. Compared to a reference GTX 780, the 780SC ACX is consistently ahead by 6-12% depending on the game, and with the exception of Bioshock it is within +/- 2% of GTX Titan. Out of the box, the only performance advantage GTX Titan would hold is in scenarios where more than 3G of VRAM is required, and at this point in time those are few and far between. In other words, we're looking at a GTX 780 with GTX Titan performance. 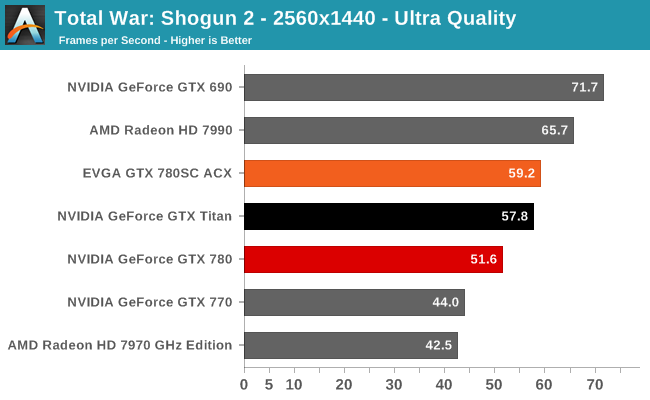 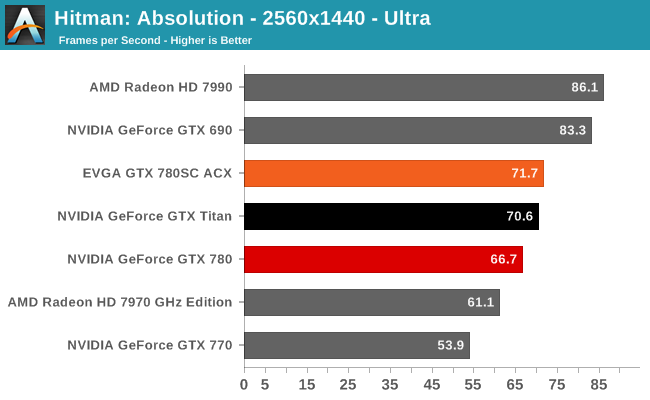 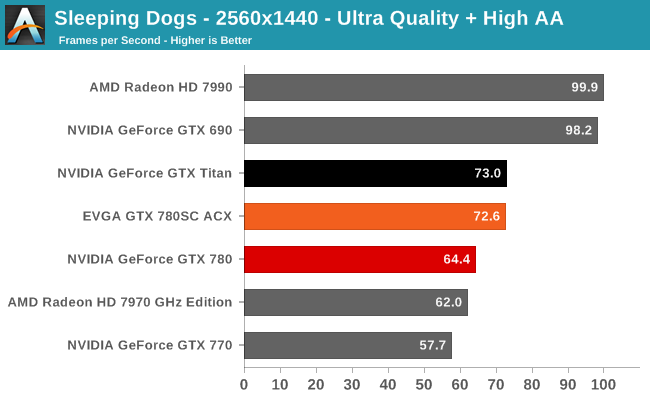 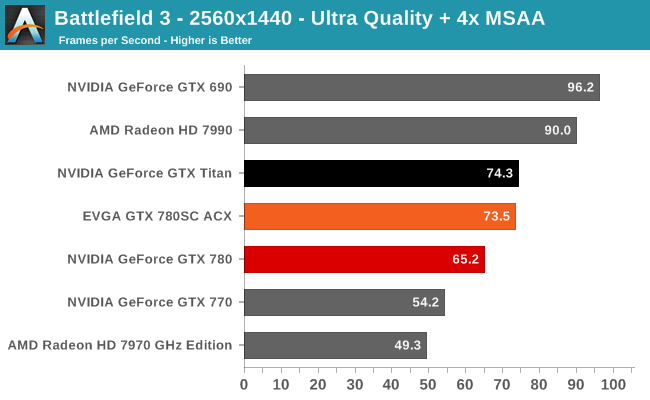 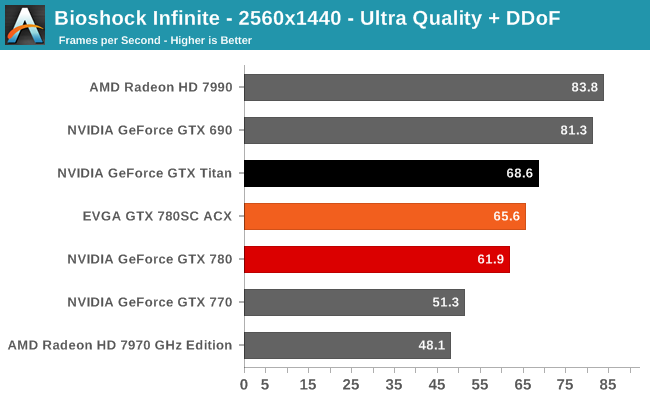 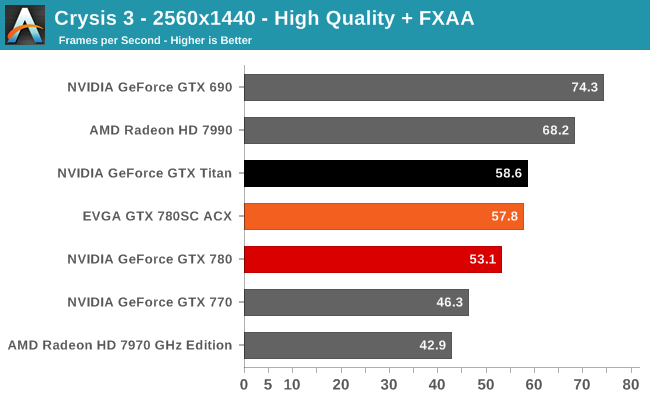