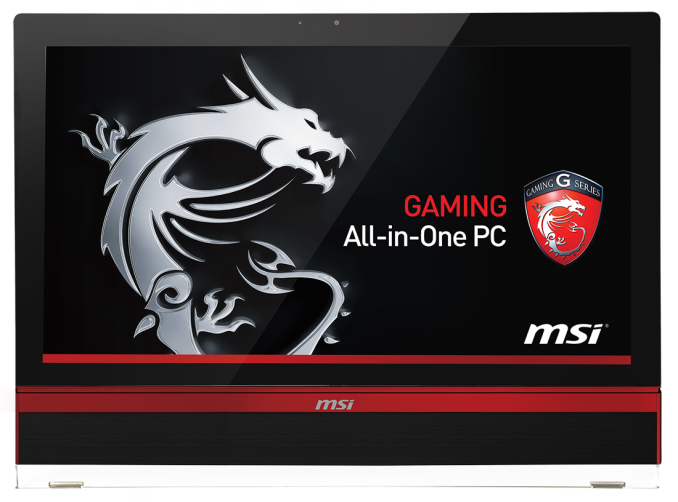 Notebooks weren’t the only thing on display – along with a couple desktops sporting MSI GPUs, MSI also had a couple of all-in-one touchscreen PCs on display. One is already shipping, with a previous generation Ivy Bridge CPU and a Radeon HD 8970M dGPU paired with a 27” anti-glare 1080p display. Upcoming models include a 24” 1080p panel as well as a new 27” 1080p panel, with the 24” shown above sporting flicker-free technology that boosts the backlight output at the end of each cycle in order to eliminate the flicker effect. MSI noted that the future models will also come with Haswell processors and mobile NVIDIA dGPUs, though they didn’t specify which particular GPUs will be used so they could be Kepler or potentially even Maxwell offerings.